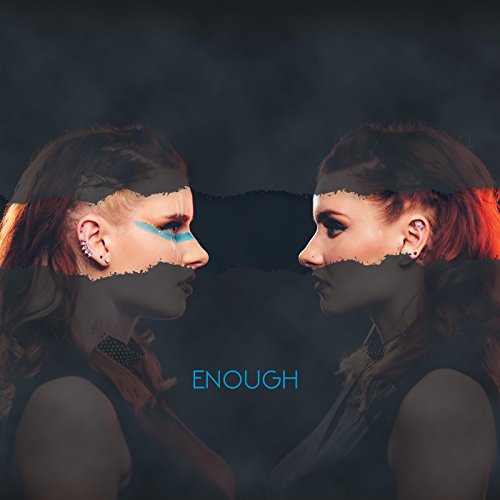 Sometimes there are a few artists that impact and wow you from the get go. Artists like 1 Girl Nation (now known as 1GN), Love and the Outcome, For KING AND COUNTRY, Colton Dixon, Moriah Peters and Tim Timmons have all injected life, enthusiasm and passion within the Contemporary Christian music industry of late, and now we see another artist that, in my opinion, deserves to be in that list too- Colton Dixon’s sister, Schyler Dixon (known by her stage name Sky Dixon). While Sky is an independent artist (why is it that people insist that being independent may mean a slightly less professional sound than any artist that is signed…The Sonflowerz, LoveCollide, Scarlet Fade, For All Seasons are some artists to name a few that have thrived on being independent); her passion is undeniable and infectious. While a few years younger than her brother Colton, Sky is well mature beyond her years. And now releasing music of her own, after following her brothers footsteps and auditioning for American Idol not too long ago; Sky’s debut project, titled Enough, is as poignant as it is needed in an industry that seems to lack any form of honesty and transparency. Sky’s EP from a production standpoint is beyond anything I’ve heard recently, it’s that good- you wouldn’t even know she was an independent artist if I didn’t tell you. That’s the beauty of Sky’s music- it is accessible to the person who enjoys a lot of label based Christian artists on K-Love, as well as impacting the person who loves independent music as well, namely indie worship. Enough EP is one of my favourites this year, and while it may take a bit of time for Sky to be recognised and signed to a label (if that is her wish), I will nevertheless be a fan of her music in the months and years to come!

Released as a single last year featuring the vocals of Jeremy Rosado (this time though, Sky sings alone on the track), “I’m Changed”, though the last song on the EP, is nevertheless one of the most emotive and poignant. Usually, in any album, the ‘stronger’ songs are towards the beginning of an album, yet “I’m Changed” seems to be Sky’s strongest song on it. Sung as a heartfelt prayer to God, Schyler delivers a powerful moment of realisation, in that ‘…you’re my forever, you’re my surrender, my confidant, you give me peace through all this pain, You’re my redeemer, You are my healer, the light that shines, in the midst of all my shame, Lord through You I know I’m changed…’ Arguably one of most vulnerable moments in a song by any artist I’ve listened to ever since Lauren Daigle in her song “How Can It Be”, “I’m Changed” is more of a declaration to ourselves rather than to others. At times, we may need reminding that we are indeed changed by Christ and that His Spirit dwells within us. This song is a great moment where we realise that He is our rock and shelter. With light piano and Sky’s powerful vocals, this is by far one of my favourite songs of the large array of independent artists within the last few years.

Throughout the rest of the album, we see Sky deliver a wide amount of genres as each tracks points straight to Jesus in an effort for each and every note and line to be a moment where we all look towards the one whom Sky is singing about. “Won’t Let You Win” is a rock anthem a la something Fireflight, Flyleaf or BarlowGirl would sing, and Sky delivers it effortlessly. With such raw energy and power, Sky delivers the ultimate message, that the plans and schemes of the devil won’t come to pass because God ‘…won’t let you in, I know the name above all names, I know the healer of my pain…He’s the lifter of my shame, with His power, He broke the grave, the same power moves and paves…’ Comforting isn’t it? That whatever attack is directed our way will not take root in our hearts because of what God has done within and through us? This song is a comfort, an anthem and a declaration in times of uncertainty and trouble- a definite favourite on the EP. “Unspoken” allows Sky to channel Bethany Dillon as we hear a song that reminds us all that sometimes it is the things we don’t say that may lead more people to Christ than what we actually speak. How we live our lives is more important than what we speak and say as lip service, and “Unspoken” is a reminder of this fact. With light acoustics and Sky’s soothing vocals, “Unspoken” is one of the EP’s brightest spots.

Themes of how God is steadfast, steady and never letting us down (“Let Me Down”, a duet with brother Colton Dixon); and Him instilling in us the promise that His love makes us more than enough to be in the presence of our Father (“Enough”), are conveyed, as these two songs present rock and pop respectively in a fashion that makes Schyler one of this year’s most unique new artists to arise in the independent music scene. Yet it is the ballad “Who You Are” that I reckon will become a bit hit for Schyler in the weeks and months to come. A song full or soaring keyboard riffs, and a message that encourages us even in our lowest of lows, Sky offers us a hope and a promise, with a song directed to the Lord in proclaiming who He is, as hopefully we all declare alongside her, that ‘…You’re the promise never broken, You’re the door that’s always open, You’re the peace that keeps me through these crashing waves, and that’s just who You are, that’s just what You do, You break through the night and hold me with Your truth, and there has never been a single day where Your love let me escape, cause that’s just who You are, that’s just who You are, and who You’ll always be…’ Encouraging, comforting and poignant all at once, this is the song to listen to and treasure, if you were to pick one on Enough EP!

What have I said about Schyler that I haven’t said already? That her EP is by far one of my favourites of 2016 thus far, alongside others from artists like For All Seasons, Erik Nieder, LoveCollide, The Thomas Sisters and Austin & Lindsey Adamec? Enough EP is a must have for anyone who loves CCM pop at its finest, or who is a fan of artists like Moriah Peters, Rachel Lampa, Bethany Dillon or Jaci Velasquez; or both. Schyler’s EP is a breath of fresh air, and with a myriad of genres all compacted within 6 tracks, I am with full anticipation for what the full length album holds for Schyler in the future. Maybe a record deal down the road? Who knows. What I do know is this- Schyler is equally as talented…maybe even more so…as her brother Colton. This EP is one that’ll place her on the map of fans of indie pop-worship, CCM or lovers of both. This is definitely a highlight in September 2016, and one to enjoy if you want something different and unique compared to a lot of what is on K-Love at the moment!

3 songs to listen to: I’m Changed, Who You Are, Won’t Let You Win