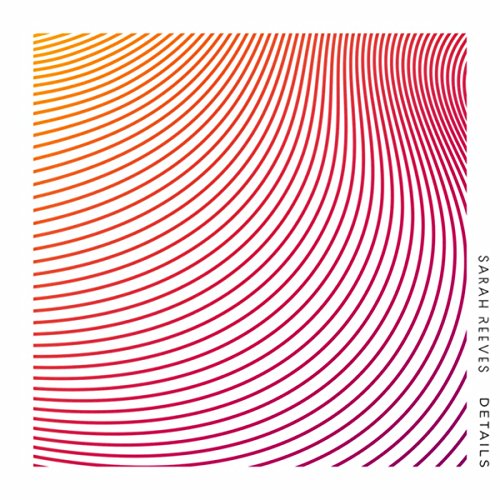 Sarah Reeves has been within and around the music industry for quite some time. Since her Sparrow records debut way back in 2009 with her chart-topping song ‘Sweet Sweet Sound’, followed up by an EP in 2010 (God of the Impossible) and a full-length indie album in 2011 (Broken Things); sad to say, that after her 2011 album that featured her popular song ‘Mighty Wave’, we didn’t hear from her for quite some time. Until this year. Sarah, quite possibly one of Christian music’s most underrated worship artists, went underground with radio silence up until earlier on in 2017 when she released her comeback song ‘Nowhere’. Signing on to Word Label Group, this is a new season of growth and song-writing for Sarah as she embarks on the journey to release another studio album very soon (either this year or early, early next year). And to tie us over til we hear a new album from Sarah- two songs. First is ‘Nowhere’- where you can read the review here. Next is ‘Details’, just released a few days ago. And while there has in effect been radio silence from Sarah for around 6 years, she still has been releasing cover worship videos between that time on her youtube page, as we can see a renewed passion and hope within these videos, often at times these cover songs have been as enjoyable, and even more so, than the originals.

So what does ‘Details’ show us about what Sarah may have in store for us in the upcoming months ahead? Let me just say that this song is good in message, but seemingly lacking in musical direction and cohesiveness. Not to discount anything from Sarah and her heart for music and worship, not at all. But rather, this song sounds less like Sarah and more like Capital Kings or V. Rose. Not that there’s anything wrong with that, maybe she wants to branch out into a different style and that’s ok. But more often than not, when I listen to a worship artist, I somehow expect, rightly or wrongly, a song that resembles something like a worship song. “Details” is a track where its pluses are that it is musically inventive and unique, but for a worship/pop song? No. Just no. But maybe that’s what Sarah was trying to do- not create a worship/pop song and deliver something new. Yet sadly, there wasn’t really much connection with me on this song. To much autotune, more electronics than necessary, in fact, “Details” seems to try harder than it should. The message is great- that we see God in every detail in our lives and that He will influence the details of our lives to draw us closer to Himself; but musically? It seems like two songs want to mesh together to form one song- and in this case, it sadly didn’t work out that way. Yes, maybe someone will enjoy this song, and good on them for connecting with it. Sad to say, this person who will impacted greatly by this song won’t be me! Nevertheless, Sarah still has a heartfelt message for us all, that God’s hands and impact is in the details much more than we can think or imagine.

As a follow-up to “Nowhere”, sadly “Details” is a step back according to me. But…who am I to know? I’m just a reviewer…really on a serious note, it’s great to see Sarah back and making music again from such a long hiatus. And while “Details” is quite possibly the most different song she’s ever written and recorded in her career thus far; it is good to see Sarah experimenting with a song out of her comfort zone. And with songs like “Nowhere” and “Details” as a pre-cursor as to what the new album from Sarah would sound like, then her forthcoming album is one to be excited for. A certain purchase if you enjoy worship music, Sarah Reeves is an artist that, still relatively up and coming even after quite some time, will hopefully receive the recognition she deserves after ‘Details’ and her new album. Well done Sarah for this song as well as ‘Nowhere’, can’t wait to the full length album whenever it releases!

3 songs to listen to: Details x 3, until you realise that this is a song from Sarah Reeves, not from an EDM artist like Capital Kings

One thought on “Sarah Reeves – Details”