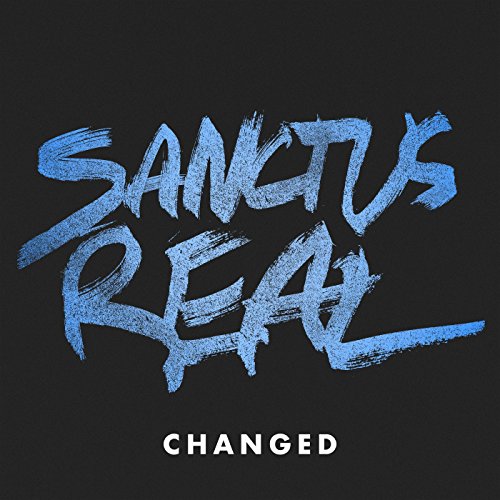 Sanctus Real has always been a band to wear its heart on its sleeve. With songs like ‘Lead Me’ discussing about the theme of standing up and leading the family as fathers, husbands and men in general (with the help of the Lord, of course), ‘Lay it Down’ encouraging us to lay down our troubles and worries at the foot of the cross, and ‘We Need Each Other’ showcasing the very need for us to be around people, that our company and camaraderie is what is going to allow us to get through this life not alone; we are reminded that such a band exists where they are not afraid to discuss and sing about themes that would otherwise be swept under the carpet. Enter in another release from Sanctus Real, a follow-up to ‘Safe in My Father’s Arms’ which released in June 2017. With the band undergoing a dramatic personnel change in 2015, where former lead singer Matt Hammitt left the band (and now has since moved on to undertake a solo career), worship leader Dustin Lolli was picked to become the new lead singer of the band from Toledo, Ohio. And while with any lead singer change, we can all become hesitant at first, what transpired was something unique and different- This is Love EP dropped early in 2016, featuring more of a rock sound that was present on their earlier albums The Face of Loveand Fight the Tide.

Their ‘comeback’ single ‘This is Love’ was very guitar driven, and was actually one of my favourite songs on the EP (and of that current year as well). ‘Safe in My Father’s Arms’ followed around a year later, a song that, while it took a little while for me to listen to it and be used to the Caribbean-style musical influence, it nevertheless became a melody that was surprising as well as welcomed, where the message was indeed timely and necessary- in any circumstance, we are still loved by the King and that it is in His arms where we find peace, comfort, and encouragement from anything life throws at us. While at times we may ask the question ‘why’ when it comes to the Lord fixing issues in our own lives that He doesn’t, we can still find hope that regardless of the reasons why He does or doesn’t do something, we can still praise Him because of what He has already done for us all those years ago. Because of that reason alone, He is still worthy of praise and still worthy to place our full trust in.

Enter in ‘Changed’, a track that was released a few days ago to iTunes, but was made available two weeks early to raise money for the Hurricane Harvey relief efforts, especially helping the families and community at Rockport, Texas, where the money and proceeds from the availability of ‘Changed’ 2 weeks early were going. As Chris Rohman, guitarist, unveiled about what he thought about the initiative to release a song early to help and support families doing it tough in Texas, ‘…watching a town we are scheduled to perform in later this Fall get hit by Hurricane Harvey caused us to want to find a way to help immediately. In the midst of such tragedy we thought that offering our song ‘Changed’ would be a great way to encourage others that any amount, no matter how big or small, can make an impact for a town like Rockport, Texas. We hope that by giving away a not-yet-released song can help encourage our audience to give to such a needed cause…’ And that, in effect, is what the song in a nutshell is about- the message is as poignant as it is simple yet true- that even if we can’t see the reason why we are in the circumstances we are in at the moment, we must hold onto and realise that ‘…I’m gonna be changed, a little each day, even when I fall I’ll trust You when You say, I’m gonna be changed by Your grace, You won’t let me stay the same as yesterday, I’m gonna be changed…’

Even if it means for our worlds to crumble for us to look inward and have a character change and have a heart transformation, then I guess it’s work that isn’t put to waste. We all see and believe that bad things that happen to us will only bring us down, but often, we will overcome and be changed for the better because of these circumstances. Though I know that God doesn’t cause the bad things, He does indeed use them to shape our own spiritual lives, and remind us all about the fallibleness and fragility of life itself. We are all works in progress and if it takes a tragedy like Hurricane Harvey to realise this revelation, then so be it. Disasters are indeed tragedies, yet we nevertheless as Christians need to keep our eyes open. God is always speaking, even through both Hurricane Harvey and Hurricane Irma. We just need to stand back and take a look at the bigger picture, to realise that in everything we undertake, the Lord will be right with us, changing our outlook and views on people who are different to us, the same as us, altering our outlook on ourselves but also our view of God as well! Congrats to the band for such a song that’ll fit very well on radio. Can’t wait to see what the full length album would sound like, in light of ‘Changed’ and ‘Safe in My Father’s Arms’!

What do the next 10 years hold for Sanctus Real? Hopefully with Dustin at the helm. Yet even if they do go the route of Newsboys or Audio Adrenaline (with multiple band member changes), the band and its ministry in delivering songs that encourage the soul and impact the lives of many will never change- ‘Changed’ is a moment when we realise that it doesn’t matter who the lead singer of the band is, the heart of it needs to be the same for the ministry to continue. Even without Matt Hammitt as the frontman, the band has always had a heart for Jesus and the gospel, and that will never change moving forward. Sure, it will be weird to hear a full-length album without Matt at the helm, but the heart of the band will still be constant. This new song from Dustin Lolli and co. is I’m sure one of many that will become popular with fans new and old alike as the months roll on, as we continue to venture alongside the band in the message of allowing the Lord to change and mould us into people who are more aware of ourselves and Himself in the process, even if it means for us to travel through fire and flood, hurt and tragedy to get to that state of realisation! Well done Dustin and the band for such a unique song, here’s to the new album coming later on during 2017!