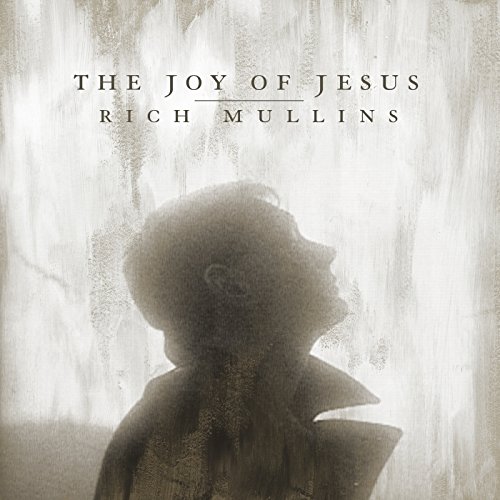 Rich Mullins released a new song just this last week. Yes, you heard me correctly. Rich Mullins. Writer of songs like ‘Creed’, ‘Awesome God’ and ‘Sometimes By Step’. But also the same artist who passed away in 1997 from a car crash. Now 20 years later, we see something that hasn’t really been done before- Rich release something posthumously featuring other artists that are currently still alive. Mind you, duets (or more people featuring in the song aside from just two) with Rich have occurred before, most notably Bebo Norman collaborating with Rich to create a re-recording of ‘Sometimes By Step’, quite possibly one of my favourite songs of Rich, ever! But for Rich to release something new this last week and incorporate the voices of Ellie Holcomb, Mac Powell (of Third Day) and Matt Maher is something extraordinary. Rich has been gone for 20 years, and his music is still making waves and impacting generations near and far, so much so that they are happy to dig through some archival footage and produce a song that could’ve been written when Rich was alive, but never really saw the light of day.

Rich Mullins was and still is in the same era as artists like Michael W. Smith, Steven Curtis Chapman, DC Talk, Amy Grant, Jars of Clay, Audio Adrenaline, Petra etc., but for one reason or another, Rich was set apart as well. He was a doer, a thinker, someone who lived radically and spoke what he felt was needed to be said at a certain point in time. He was not what would be described today as a CCM artist. No way. In fact, if his music was in circulation today, he’d be under the umbrella of folk/singer-songwriter/acoustic, enveloped in between the artists like JJ Heller, Nichole Nordeman, Josh Wilson, Andrew Peterson, even Jason Gray, Jars of Clay, John Tibbs or Jadon Lavik. That’s not necessarily a bad thing. Rich was a songwriter and pioneer of music ahead of his time, and it was and still is a shame that his life was cut terribly short! With his work and his faith heavily influenced by St Francis of Assisi; Rich delivered songs through his career that were heartfelt, emotive, honest, and hard-hitting, and now as of last week, we can add in ‘The Joy of Jesus’ to that list. While we may have no idea why the song wasn’t initially recorded and placed on an album when Rich was alive, but nevertheless, we get to hear Rich sing in a bootleg concert of sorts, while also hearing Mac, Ellie and Matt in the studio, present a song simple in melody yet profound in message- declaring that the joy that we so ever receive from our Lord Jesus be present and dwelling in people we meet and have discussions, fellowship and relationship with on a daily basis.

Standing at 2:30, ‘The Joy of Jesus’ is on the short side, but not without nostalgia and a lot of it. Matt, Ellie and Mac try their best to show us a song whose roots are in a musical landscape of the 1990s, but the real star of the show is the late great Rich Mullins, for his interlude at the beginning of the song. We are reminded of the gospel and at times how we can over-complicate it too much, for the sake of making ourselves look good rather than presenting something that is understandable and very much needed in its own basest purest form for people on a daily basis. Set up like a modern-style hymn, Rich invites us to partake in the joy and love given to us by our Father, a song that, signed onto Provident Label Group, will gain the eyes of many other critics, fans of both CCM and Rich Mullin’s music, and executives alike that Rich still has a unique way of writing songs, even all those years later!

‘…Jesus said whatever you do to the least of these my brothers you’ve done it to me. And this is what I’ve come to think. That if I want to identify fully with Jesus Christ, who I claim to be my Savior and Lord, the best way that I can do that is to identify with the poor. This I know will go against the teachings of all the popular evangelical preachers. But they’re just wrong. They’re not bad, they’re just wrong. Christianity is not about building an absolutely secure little niche in the world where you can live with your perfect little wife and your perfect little children in a beautiful little house where you have no gays or minority groups anywhere near you. Christianity is about learning to love like Jesus loved and Jesus loved the poor and Jesus loved the broken-hearted…’ Rich Mullins was a revolutionary in terms of music, that’s for sure. He didn’t live on much, spending much of his days in isolation in a Native Indian reserve until his death. Still, his wisdom and advice for many still ring true today, especially this aforementioned quote above. God is still working through Rich years, later, even in this song. And while even now it is sad that Rich passed on too early, what I will say is this- that through His life and death and even in this song, we are to be reminded that the Christian life isn’t early, that there will be trouble and persecution. ‘The Joy of Jesus’ encourages us to be joyful in all areas, even such of affliction. While Rich’s time on earth has come to a close, his songs still live on, one in such a term as ‘The Joy of Jesus’. Well done Rich for such a song, here’s hoping this track is as moving and poignant as it is needed in a society craving joy more than ever before!