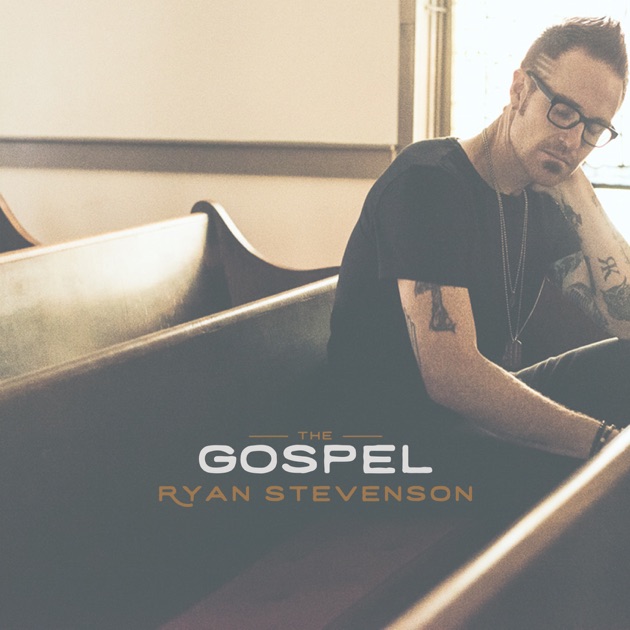 Ryan Stevenson. A mainstay on Gotee Records, alongside Hollyn, Finding Favour and Capital Kings. Yet previous to his powerful and emotive radio single, “Eye of the Storm” that peaked as high as #1 on Billboard Christian Songs Charts in 2016, I’m not even sure that many people even heard of Ryan and his music. I mean, even though Ryan has been within the music business for a few years, even releasing an EP Yesterday Today Forever on BEC Recordings and Holding Nothing Back, his new 2nd EP, on Gotee Records in 2013, it was his debut full length album Fresh Start, that featured “Eye of the Storm”, that really placed this new singer/songwriter on the map of anyone who loves CCM (like myself). While much of CCM’s most popular, started their career in music at relatively young ages, Ryan previously held a job for a while as a paramedic prior to switching to music full-time. So for someone to have a respected and seasoned career as being something that is a 180 degree turn away from music, makes it ever the most interesting and relatable when we hear a song like “Eye of the Storm”- we think, ‘gee, this guy is not just an idealistic musician who has no idea what the common man deals with each day, he is like us, he did have a career in a ‘normal’ job prior to this, so he knows what we’re going through’. Not that I think like that when I hear music from any artist- think whether the song is even relatable to me given the background of the artist singing it, but Ryan’s position is a unique one. The fact that he had a different career prior to this means that God really called him to music…so I guess whenever Ryan does make a splash in the form of new music, we all should stop and listen, right?

Dropping on the same day as “A Billion Stars”, the poignant radio single from mainstay duo One Sonic Society, Ryan Stevenson’s “The Gospel” is piano pop through and through, as we hear keyboards littered throughout a track that is an anthem about how it is the gospel that makes a way- into our hearts, and into the city as the truth of who God is and who we are in light of what He did for us to be brought back to Him, becomes a reality, not just in our own lives, but in the lives of every other person we touch on a daily basis. The message of the track is simple yet equally so profound- how can it be that the answer to just about every calamity and chaotic thing in the world is just ‘the gospel’? Because it is that simple! The gospel of Jesus Christ changes everything that we know and will know about the world around us, the world within us, and how we view God Himself. While this song spells ‘radio single’ all over it, the earnest emotion that Ryan delivers in this track alone ought to be a reason for us to hear it. In fact, anyone who loves “Eye of the Storm” will enjoy this song- in fact, “The Gospel”, musically, is “Eye of the Storm” Pt 2, while lyrically and thematically, “Eye of the Storm” can be sung with such conviction and passion because of this new song and what it means for us to fully understand and believe in what the Gospel tells us to be true. As Ryan reminds us himself, ‘…over the last couple of years it’s been very easy to see the constant stress, tension and disunity within our society. We are such a distracted culture, and I feel like the first thing we do in the wake of tragedy is attempt to speak to the issues at hand. I believe that the only answer that will shift our nation, is believers coming back to the feet of Jesus; to living out The Gospel plainly and blatantly for the world to see! Only by getting back into alignment with the heart of Jesus will our lives then become a projection of the one we’ve encountered in intimacy and this is how we show the Gospel, the good news, to today’s culture!…’

What can I say about “The Gospel” that will encourage you all to at least listen to this impactful and encouraging track? Never mind that “Eye of the Storm” reached #1 on several Christian radio charts across the world throughout 2016, and never mind that “The Gospel” may do just that in the upcoming months. Just on the fact of the message of the song alone, ought to be enough to hear the song, regardless of who the artist is. He has grown lyrically and musically since his music on Fresh Start and I guess the success of “Eye of the Storm” has much to do with it. Ryan has created a song that is as radio friendly as any other track we’ve seen from him, yet the impact of this track will I’m sure reach a lot of people in the months ahead. I know it’s impacted me! Slot this track at #3 for my favourite songs of 2017 thus far, I say. Right behind “A Billion Stars” (One Sonic Society) and ahead of “All that Matters” (Colton Dixon). Kudos to Ryan for such a song, one that hopefully will encourage us all to get back to the heart of the gospel, if we want to see positive change in the future, not just in the lives of ourselves, but in the life of our nation and the world! Well done Ryan for a thought provoking song, can’t wait to the new album whenever it arises!

3 songs to listen to: The Gospel…three times in a row, maybe more- it’s that good!