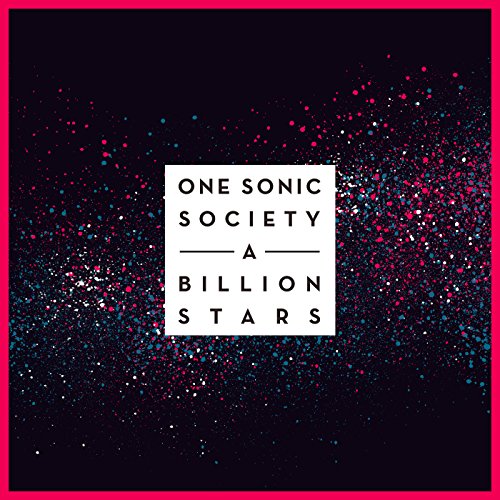 “Forever Reign”, “Great Are You Lord”, “Lay Me Down”, “Greatness of Our God”, “Jesus, Son of God”, “Almighty God”, “God, You Are My God”, “Even So Come”, “Can’t Stop Your Love”, “How Can It Be”, “Never Once”, “Just to Be With You”, “Light Shine In”, “Always”…what do all of these songs have in common? First, most, if not all these songs are great in their own right, as many if not most of these songs have found the radio airwaves in one form or another. What someone may not know about all these tracks is that each of these songs that were aforementioned were penned by singer-songwriter-all time impressive producer Jason Ingram, and have all been covered by the Jason Ingram led worship collective called One Sonic Society. Originally formed in 2009 featuring Jason on lead vocals, drummer and producer Paul Mabury, bassist Jon Thatcher (of Delirious? Fame) and electric guitarist Stu. G. (both Stu G. and Jon have since left to pursue other interests, thus making the collective more of a duo), One Sonic Society have given to us songs that have made an imprint on our hearts over the years, and if this new song “A Billion Stars”, that dropped today on iTunes and other digital retailers is any indication of what we are to expect from Jason and Paul in the future, then OSS have a bright future- dare I say that one of my favourite songwriters, no scratch that…my favourite songwriter of all time, is in fact Jason Ingram?

So, what did I reckon of this new song “A Billion Stars” and what is my comparison to his other recordings and co-writes in years past? Let’s just say that “A Billion Stars” is one of my favourite songs of 2017. Period. Releasing on a day where new albums from MercyMe (Lifer), Jaci Velasquez (Trust), Brooke and Boggs (Wildfire) and GAWVI (We Belong) also decided to release to the public, OSS have shown to be a reputable and impactful worship group/duo. What is unique about OSS and their catalogue of songs is that most, if not all of the songs they have recorded have been recorded by other artists- though the OSS tracks aren’t covers at all, with Jason having a hand in writing all of them. So I reckon, “A Billion Stars” may be re-recorded by a co-writer of the song in the near future, or it may not. Regardless, my assessment of the song still remains- this track collides together the realms of worship, electronic music and a splash of country with the addition of banjoes within the instrumental bridge, to create a track that bridges the gap between the systematic worship formulaic music a la Chris Tomlin, with alternative music a la Crowder. Fans of worship or even fans of music in general will enjoy this song, or maybe, even if they don’t enjoy it, can easily appreciate the music artistry that comes along with creating a melody that features more of an ethereal atmosphere as opposed to a congregational musical undertone.

The song in and of itself is a message to be believed into as we head into a season of uncertainty as a nation, even as a world. The song and its timely message is this- that the God who light up a billion stars at night, for our enjoyment as we marvel at how big and grand He really is, can and will in fact calm our very hearts and light the way for each and every one of us who may not know where we will place our next step. As said by Jason himself, ‘…I had the joy of writing this w/ dear friends Chris Tomlin, Reuben Morgan, Jess Cates and Paul Mabury. This song has meant a lot to me over the past year personally. God is SO much greater than our problems. I hope this song stirs faith in your heart as it does in mine…’ God is faithful, and “A Billion Stars” conveys this truth with such hope, poise, poignancy and emotion, as Jason cries out with such passion, something that can be often void in an industry more inclined with performance rather than just communion and relationship.

Worship music ought not to be ‘fake’- yet many bands, though unintentional, sound exactly like that. Yet there’s something different about OSS- maybe it’s Jason and how he sings, maybe it’s the transparency in much of their songs, regardless, all of the catalogue prior, and “A Billion Stars” inclusive, continue to remind us that being raw and honest ought not to be a downfall for anyone, in fact, the songs that I often connect to the most have been the ones that have been borne out of struggles and affliction. So, to call “A Billion Stars” my second favourite song of the year (next to “Even If” by MercyMe) is a big call. But not really, when we hear the song and the message that ties along to it. Jason and Paul have crafted one of the most frank, transparent and fulfilling worship experiences this year as One Sonic Society, with this emotional ballad giving us a moment of realisation, that the God of the universe is still interested in the daily lives of His creation! With their next album hopefully being a new full length studio album, which could be not far away, I encourage you to pick this song on iTunes (or listen to it on Spotify) if you haven’t already. “A Billion Stars” will fit right into your catalogue of music if you are a fan of similar artists, like Crowder, Chris Tomlin, Jesus Culture, or Paul Baloche. Kudos to Jason and Paul for such a powerful track, can’t wait to the next full length when it releases!

3 songs to listen to: A Billion Stars- 3 times in a row! No seriously, this song is in fact one of my favourite OSS songs ever!