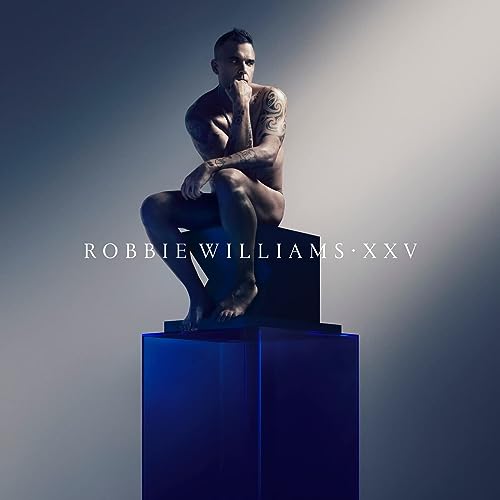 ‘…I’m glad we lived in a time when we were kings for many different reasons: The record industry was classic, stars were stars and records were physical. Even with CDs, there was a journey to be made to acquire things that made them very special! Running alongside with this there were artists that were eccentric, odd, out of the ordinary. They were allowed to get things wrong, to get things right, to be obnoxious, to be sweet or difficult. This made the landscape exotic and interesting and I think it lifted people above the ordinary. Now you are not allowed to have an opinion, to get something wrong. There are new rules that now make you be on the wrong side of history and it’s appalling, it’s beige, it’s boring! I would say that (before the pendulum swings back the other way because it will) there is a death of creativity because we are not allowed to free think anymore. We have a hive mind and if you are not thinking with the hive mind, you’re going to get cancelled; you won’t be allowed to make money as a public figure. It is very scary and I’m glad that I have lived in a time when that did not exist because it was way more fun!…’ Robbie Williams has been in and around the music industry for the better part of 2-3 decades (inclusive of his time in the group Take That), as he has now become one of Britain’s reigning solo male artists in…well, history? Maybe second to Elton John? Dunno the exact stats, but knowing how Robbie’s been in the music industry during the 1990s, 2000s, 2010s, and now the 2020s, well, it’s almost assumed that he’d come in second to Elton, right? Robbie’s been around for a long time, and not too long ago, we as a site wrote about Robbie’s music and his impact and influence in a blog, highlighting songs like ‘Feel’, ‘Better Man’, ‘Angels’, ‘Let Me Entertain You’, ‘Rock DJ’, ‘Millennium’, ‘Kids’, ‘Bodies’ and ‘The Road to Mandalay’, to name a few. We were reminded that someone like Robbie could cross musical genres quite well, from rock and pop, to quasi-inspirational (see songs like ‘Better Man’ and ‘Angels’), blues and swing (albums like Swinging When You’re Winning and Swings Both Ways showed us that Robbie could create music a la Michael Buble; and do it quite well). Now on the heels of his highly successful 2019 Christmas album The Christmas Present, Robbie’s at it again- unveiling the album XXV, a re-orchestrated and re-recorded album of 29 radio hits across his whole discography- inclusive of standouts like ‘Angels’, ‘Millenium’, ‘Rock DJ’, ‘Let Me Entertain You’, ‘Kids’, ‘Better Man’ and ‘Feel’.

Robbie Williams is a legend in his own right. He doesn’t need to explain his song choices to anyone, nor does he need to explain why his brand new album XXV is just simply put…great. No other word needs to be used to describe such a powerful 29-song masterpiece. If you want further analysis on quite a number of his songs unveiled on this project, check out the site’s blog about him and his music, as this ‘review’ isn’t the forum for us to ‘justify’ certain songs over others, in any best-of project. The fact that Robbie himself has re-recorded each and every track with the addition of a full symphonic orchestra is nothing short of marvellous- I actually prefer these new and updated versions compared to the originals. Robbie’s ability to craft and create songs that strike a chord with listeners around the world, is why he’s still standing in the 2020s, still making music, and still delivering songs that speak to us all, years upon years later from whence he started his solo career in 1997 with his album Life Thru and Lens, all through till now. Robbie’s impact, on not only British music, but music full stop, is certainly something that needs not to be denied (I mean, I’m sure blind freddy could even see and know that Robbie’s impact and influence on music, full stop, is evident).

His impact in music is certainly unparalleled, while it’s been said that Robbie’s sold more albums in the UK than any other solo British artist in the history of music itself, and that he’s won more BRIT awards than any other artist…surely that and that alone would be reason enough to rate this stellar and compelling best-of album 5/5, right? Each and every musical arrangement in this 29-track album is masterful and exquisite, while the arrangements make me admire the fusion between Robbie’s pop/rock blend, alongside classical symphonic music, a reminder that two or more musical genres can still coexist within the same space. This is Robbie’s work at its finest, and a reminder that Robbie himself still has a lot more to give. Just like how Taylor Swift and Bryan Adams have both been re-recording their past hits (because of revoked access to their own digital masters from before…thus they have to re-record them again); Robbie’s own re-recording of his standout songs isn’t to recover control of his own masters, but rather, a way to deliver his songs in a new light. I dunno if anyone ever considered these songs in a symphonic setting, but that’s what Robbie did…and in an overall general sense, it worked.

There are 4 new songs on this 29-track album- ‘Lost’ was unveiled as the album’s 4th official single (following ‘Angels’ and the double single ‘Eternity’/’The Road to Mandalay’), as Robbie stated this this track, though bleak, dark and unsettling at times, depicted a time in his life where there was turmoil that he had to overcome in his life- turmoil that was at times self-inflicted, recklessness that he unknowingly dished upon himself that he had to reckon with; while the other three new songs, ‘Disco Symphony’, ‘More Than This’ and ‘The World and Her Mother’, all appear on XXV (Deluxe Edition). ‘Disco Symphony’ was taken from the archives, originally unveiled on Under the Radar Vol. 3, a song recorded with Kylie. Robbie painted a track that would be a hit in clubs and pubs as it could become the soundtrack of many people attempting to ‘cut loose’ on the dancefloor, similar to how songs like ‘Night Fever’, ‘Dancing Queen’ or ‘September’ attempted to do that in the past. ‘More Than This’ is the next new song, a powerful, and inspirational track about people being more than ‘this’- whatever this is (our status, expectations of us, assumptions made about us before people getting to know us properly, societal norms, how much money we make, who our friends are, which ‘clique’ we hang out in), we are more than that. Our worth shouldn’t be based upon whatever we’ve determined ‘this’ to be, and thus, this track, as vague as it is, is nevertheless inspiring. The last remaining new track is ‘The World and Her Mother’, a song that is about determination and being goal orientated in what you focus your efforts on…or it can just be an egotistical trip where Robbie believes that he can do what he wants because he has plenty of clout. Whichever way you look at it (an innocent song about having a purpose in mind and saying that no one is going to stop him from achieving that, or something deeper- a track about the world owing him success because he’s ‘Robbie Williams’), ‘The World and Her Mother’ ought to promote discussion amongst the family, as we look within ourselves, and hopefully ask the question that this song hopefully propagates us to answer- are our motives pure or not?

There you have it- XXV. An album full of career standouts (alongside new songs), even inclusive of a new version of ‘Angels’- as track 29, Robbie unveils the newly re-engineered ‘Angels (Beethoven AI)’, a collaboration between Robbie, and an AI that compiled all of Beethoven’s music, and infused various stanzas throughout the newly reimagined ‘Angels’…to create, well, my favourite version of the song? It’s pretty ingenious, and a great way to end an already stellar and powerful album, that really showcases the best of Robbie over the years. An album certainly to treasure, especially if you enjoy similar artists like Take That, Ronan Keating or even Leona Lewis, Kylie Minogue or even EDM artist Craig David; Robbie’s new collection of songs are the best you’re going to get. It could even be the album to check out and listen to if you don’t know much of Robbie’s music and want to get a general overview to Robbie’s music in general. Well done Robbie for these 29 re-imaginings. Looking forward to new material in the upcoming months and years ahead.

‘…I’ve already done a Greatest Hits package, but I wanted it to have another life. Jules Buckley, a talented conductor and arranger, showed me what he could do with the songs, and I was blown away with it. The opportunity to work with an orchestra felt like a great idea…I have been meditating about how awkward I feel socially, how uncomfortable I find crowds of people and how awkward I feel in general around other human beings, outside of being with my family. Once my life was governed by the discomfort generated from my psyche. It’s not as bad as it ever was but it’s still not in the place that I would like it to be. I’ve also been thinking about my state and the state of the world, wanting to be on the right side of history as it is created, not feeling quite comfortable with what we are being asked to do and how to think and how to live. I’ve also been meditating on how to keep being creative and facilitate this wonderful life that I’ve created for my family…’