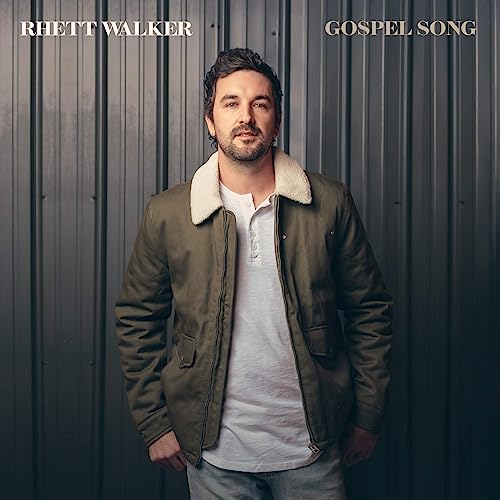 Releasing their debut Provident Label Group album Come to the River way back in 2012, and following it up in 2014 with Here To the Ones (both albums spawning hits like ‘When Mercy Found Me’, ‘All I Need’, ‘Come to the River and ‘Broken Man’, to name a few), Rhett Walker Band received success over the years, from receiving Grammy nominations and Opry performances, to delivering albums that made me reconsider what it means to create music that dovetails in between country and Christian music (and execute the music that it’ll fit in both musical ‘genres’, and fit well!). They were riding success like a wave, so in 2016, when they quietly disbanded via a Facebook post, it was a little sudden and a little shocking for me. I mean…these guys were going so well. Why quit? Nevertheless, in February 2016, the band decided to quit the touring life, and to close a chapter on a career that was impacting, albeit too, too short. I didn’t really expect Rhett Walker to release anything else, ever…until in 2017, we saw Rhett deliver one of the most heartfelt and poignant releases of that year- ‘I Surrender’. It was a sign of things to come, because in 2018, Rhett unveiled to us a self-titled EP, as he felt rejuvenated in his call to music, navigating touring life again, this time with a clear sense of direction and hope. To come back from disbandment is a feat in and of itself, for any band/solo artist, and for Rhett to pour out his heart in the form of 6 songs was nothing short of encouraging. 2020 came by, and Rhett unveiled another musical offering- this time a full-length album Good To Me, and under ‘Rhett Walker’ instead of ‘Rhett Walker Band’…maybe that meant that he was going it solo? Regardless, Good To Me featured some songs from his 2018 EP (inclusive of ‘Say Hello’, ‘Like Your Father Does’, ‘Murder’, ‘Heavenly Home’, ‘Peace in the Family’), as well as some new ones (one standout being ‘Believer’), as Rhett delivered an album that was only enjoyed fully if people never really heard much of his 2018 EP- 5 out of the 6 songs on the EP are repeated on Good to Me, plus the recent hit ‘Believer’- making Good to Me only having 4 new songs. Nevertheless, Rhett’s album was one of the underrated albums of 2020, in a year that was a blur to almost everyone, because of COVID-19. Now in 2021, Rhett’s releasing an EP full of all-original material, this time comprising of 5 songs, titled Gospel Song EP, and inclusive of the recent radio single (and title track), ‘Gospel Song’.

Let me just say this from the outset- I love Rhett Walker’s music; and appreciate a lot of his material to date. His albums Come to the River, Here’s to the Ones and his most recent full-length album Good to Me have all been decent, with a few standout songs here and there on the releases, but it’s just that Gospel Song doesn’t really translate as much as Rhett’s previous offerings did. I do love the title track ‘Gospel Song’, which speaks about how God is always redeeming people and impacting people’s lives, even now, as the song speaks about how the persona in the track (Rhett possibly) shares his testimony of how ‘…I was dead and brought to life by the power of my Savior, but if I’m being real with you, sometimes I forget it’s true, I could use a reminder, I need something that can fill my soul, on a record or the radio…’, but out of the whole EP of 5 songs…well, ‘Gospel Song’ is by all accounts the only bright spot that stands out for me. There’re songs like ‘Revival’ that reminds us all that we all need some kind of revival in our souls at various points in our lives, when we understand and realise that things can go from energetic and enthusiastic to mundane over the years, while ‘All Joy No Stress’ is a country song in the same vein of Florida Georgia Line or Luke Bryan, that speaks about how we are able to stress less as we thank God for our lives and whatever comes with it. But ‘Revival’ and ‘All Joy No Stress’ are still nevertheless songs that aren’t as memorable as ‘Gospel Song’, and that’s saying a lot, considering ‘Gospel Song’ for me is one of those ‘listen to it once, then wait for a few months, and then listen to it again’ type of songs.

Nothing against Rhett as a person, I’m sure he’s great. It’s just that this EP as a whole isn’t the type to attract me to listen to it again anytime soon. And especially with the songs ‘Let’s Go Down’ and ‘Alright’- well, it’s these two songs that really drag this EP down a lot. ‘Let’s Go Down’ is littered with plenty of cliché lyrics, about going down ‘…to that age-old river, let’s go down to that faithful shore, singing glory, hallelujah, I’m found, let’s get washed by mercy’s water, let’s get lost in amazing grace, nothing stronger, nothing sweeter than that sound, let’s go down…’, but be honest- haven’t we really heard these lyrics before in another way- through Rhett Walker’s very own ‘Come to the River’ way back in 2012? Or howabout from Jordan Feliz’s ‘The River’, Delirious?’s ‘Find Me in the River’, Josh Groban’s ‘River’, or even Out of Eden’s ‘River’? There’s plenty of songs about going down to a metaphorical (or even physical) river; and being cleaned from all the worries of this life, so it’s not like Rhett’s new song, is really that new. And to be honest, to have virtually half of the song be a poppier version of the hymn ‘Down to the River to Pray’, and then to market the whole song as a new track called ‘Let’s Go Down’- well, that’s lazy lyric-writing, that’s for sure.

The EP then ends with feel-good heart-warmer ‘Alright’ featuring country artist Jimmie Allen, and while the sentiment of the song is certainly right (everything is going to be alright with the Lord being with us during such a difficult time as this 2020/21 period); the song embodies everything that is wrong with writing a feel-good song for such a time as this. Because when we hear this song (at least for me), we don’t necessarily become encouraged, but rather, we think about all the things in our lives that don’t make things alright. And then we see a song like this, declaring that everything will be alright (the song doesn’t really expound on that, maybe the song wants to go into the country radio market, and therefore can’t really speak about Jesus???), and we wonder where God is during this difficult 2021. Yes, the message is indeed true, but the timing of the track is certainly off, given the sensitive nature of the year thus far (and right now, the world is at a tipping point with the situation in Afghanistan and in Haiti, that I don’t think a song like ‘Alright’ is appropriate). But who am I to know? I’m just a reviewer, right? Check out this album though, once. If only to see if you think Rhett’s new material is for you or now. For me at the moment…I’ll rather stick to artists like Third Day, NEEDTOBREATHE, even Zach Williams and Keith Urban, for songs that I can be inspired by.

Nothing against Rhett’s older material- his 2020 album contains some of his most meaningful songs of his career thus far. But with this album, there’s a massive misstep, and a sensitivity issue, in relation to delivering a song like ‘Alright’ without reading the room and understanding that people’s lives aren’t going to be instantaneously alright just by listening to a song called ‘Alright’. There’s work to be done, and life shouldn’t be just about sunshine and rainbows (which is a lot of this EP). Yes, Jesus is in control and yes, things do work out in the end, but right now, things in life are hard. And yet I don’t really see such honesty from Rhett in this bunch of 5 new songs at the moment. Where’s the song about life being tough? Where’s the song about life being something that you can’t handle, some of the time? Not on Gospel Song, that’s for sure. Which is a shame, because I’m sure Rhett is capable of singing such vulnerable songs, he’s delivered tracks like ‘Broken Man’, ‘I Surrender’, ‘Like Your Father Does’ and ‘Good to Me’, so I know he can sing songs that are vulnerable. It’s just that on this new album, there seems to be an undertone of happiness on it that seems borderline forced. Maybe it’s just me, and I’m yearning for some songs that are more honest and real than this- albums like Interrobang and Into the Mystery. Alas, this is the EP that Rhett delivered. Maybe after a few more spins, I’ll enjoy this more. But from where it stands right now, I’ll stick to his older albums Here’s to the Ones and Come to the River, just until Rhett’s vulnerability leads him to create another ‘When Mercy Found Me’ in the future. Just let me know when that happen- I’ll be here checking out Rhett’s previous material, as well as artists like Third Day, NEEDTOBREATHE and Zach Williams, until he does.

1 song to listen to: Gospel Song