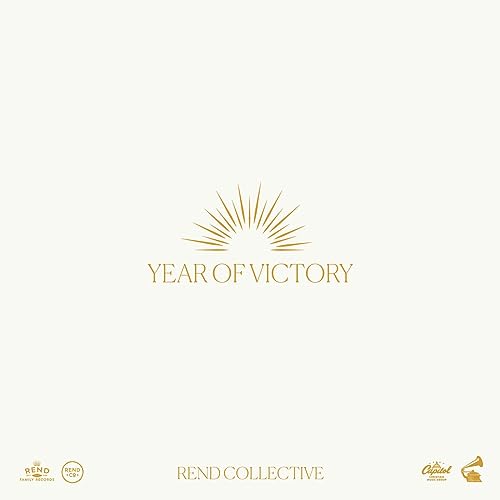 Now 2 albums into their career on Capitol CMG, and a chart-topping hit in ‘Counting Every Blessing’ from their 2018 album Good News, this Northern Irish band continue to stretch musical boundaries to be on the same musical ingenuity plane as other artists and bands- like Delirious?, Leeland, All Sons and Daughters, The City Harmonic and Crowder, to name a few. These 5 band members out of Bangor, Northern Ireland, have always been honest and earnest with their songs. And while they are currently on Capitol CMG, it was their former years at Integrity Music that solidified them as one of today’s most heartfelt worship groups, able to bring to us songs full of heart and hope, pain and suffering, yet equal moments of reverence and awe, encapsulated nicely in an Integrity Music album called ‘Mixtape’, a project that was, though redundant in every way because of Spotify, a nevertheless must-have for anyone who hasn’t heard much of Rend Collective before and want to start on a project that encapsulates the best of Rend Collective’s earlier years! Fast forward to 2020, and Rend Collective unveiled to us in March 2020, their brand new album CHOOSE TO WORSHIP– consisting of previously released singles and promotional songs ‘Your Name is Power’, ‘Revival Anthem’ and ‘Sing it From the Shackles’. As the band continued to create a space of worship where creativity and ingenious song-writing was both celebrated with worshipful moments where songs were given space where people could respond as they meditated upon the emotive and challenging, and often uncomfortable lyrics; we as a site reviewed the album here. Now here we are in 2021, and the band have given to us another musical offering, this time a song titled ‘Year of Victory’.

With the song being essentially a re-release of their song ‘Day of Victory’ from CHOOSE TO WORSHIP– replacing the word ‘day’ with ‘year’, we see a song that is a rousing declaration, joyful and hopeful as the band remind us of the victory we have, when we’re in Christ Jesus. With the vibe of the song, similar to that of ‘Praise Like Fireworks’, this energy-building track full of life and enthusiasm, reminds us all that we indeed have a reason to praise the Lord, to declare and claim the victory that is only in Him. We are redeemed and restored, and it is through Christ’s crucifixion and resurrection, that our lives can start to reflect the biblical truth- that we’re not outsiders anymore, but sons and daughters of God. As the band has articulated from a couple of Instagram posts, ‘…the whole idea for this song came when we were reading through the Old Testament about the year of Jubilee. A year that acted like a reset of sorts for financial and civil debt every fifty years. In many ways 2020 felt like a bit of a reset for us as a band and we’re coming into this year with a renewed vision for what God has ahead in store for us…’ ‘…Like many of you, this last year has been one of losses and pain for us. Loss of time with loved ones, economic loss, unexpected medical diagnoses, and mental health battles all took their toll and honestly, we came into the new year feeling a little apprehensive about what it would hold. But the idea of the “Year of Jubilee” in the Bible really captured our imaginations. That yes, this world will have its struggles, but the vision for God’s kingdom is one of freedom, emancipation, debt forgiven and sin atoned! Even though we’ve been through so much, we can still live prophetically the vision of the kingdom of God— which is good news to ALL people. It’s in HIM we can claim our victory!…’

Rend Collective have always been a source of worship music over the years, and hopefully, as we all listen, we can admire the band for their tenacity and their longevity in a music, dare I say, business; where artists come and go at the drop of a hat. ‘Year of Victory’ is an anthem where we realise that worshipping, especially now during a time where we may not feel like it because of all the uncertainty and difficulty of COVID-19, is a daily choice for us to undertake, even when we may not feel like it- especially so. With the band being one of my favourites at the moment within the genres of ‘worship’; ‘Year of Victory’, though basically the same as ‘Day of Victory’, is nevertheless a song we can need right now, as we face uncertainty during 2021. Well done Rend Collective for such a powerful and poignant song, one that will be on my Spotify playlists for months to come.