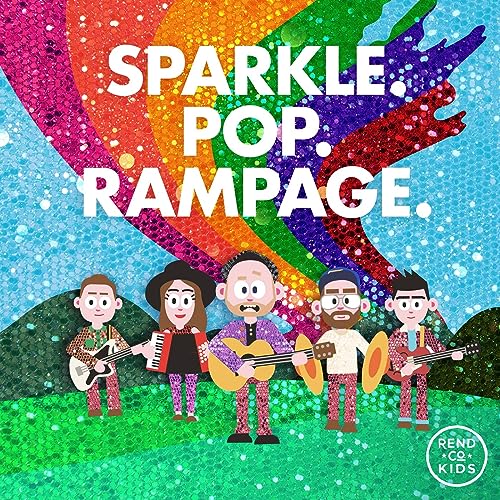 Throughout this crazy time of quarantine due to COVID-19, sometimes we can become stir crazy. No, let me rephrase that. At one point during this lockdown we will become stir crazy. Not being able to go out to visit and hang out with friends, or go to the movies, or go out to eat. Today’s society looks way different now than it did at the beginning of the year, and no doubt it will still look different and perhaps unrecognisable even when the restrictions are lifted. So while we all now have to deal with surviving in our homes and not die of boredom – and trust me, I am positive we can adapt, as we can talk to our friends via social media and apps like Zoom and Facetime, as well as binging on TV shows, listening to uplifting music and churning through our frozen food meals; there is something that I’d like to point out. And that is that our kids will be restless and wondering what is going on. We’d have to care for our kids as young as less than 1 year old…and while we all love our kids and would love to dote on them and show them love and affection; sometimes we’re at a loss for how to entertain them, especially when they’re with us all the time. There’s only so many times we can sit through another round of Snow White And The Seven Dwarfs (yep that cartoon Disney version from the 1930’s!).

And that, my friends, is where Rend Collective’s children’s album Sparkle. Pop. Rampage. comes in. While we have reviewed many of the Irish band’s discography in the past (inclusive of the group’s latest worship album Choose To Worship!); we’ve never once delved deep into their foray into kids music, particularly because we never listened to the record, and didn’t feel like the project was necessary to be featured on our site. Yet now I reckon an examination of Sparkle. Pop. Rampage. is needed, and now it’s time to take the plunge and see what Chris, Gareth, Ali, Patrick and Stephen have dished out for us and our kids. As our children are presented with some edifying yet also enjoyable music to listen to; I myself am not the target audience of Sparkle. Pop. Rampage., yet let me tell you that overall, this album will be many families’ best friend over the coming weeks and months. Not as a substitute for parenting though, but a tool alongside parents as we continue to reassure our kids that everything will be ok, and that Jesus is with them every step of the way.

One listen from Rend Collective’s latest offering and you can tell that these guys weren’t doing it half-hearted- no way they were fully 100% committed to making the best art possible. In no possible way did Rend Collective think ‘oh, this is a kids album therefore we can be laisse faire about it all!’- in fact I reckon that this project has some of the most technically and musically brilliant and compelling tracks I’ve heard in recent memory- at least that’s my own humble opinion. Album opener and lead single “Feels Good (Upbeat Song)” is in fact an upbeat song, as Chris Llewellyn and the crew deliver a hope-filled and celebratory pop anthem fit for children to move and dance to. In fact, this song would fit right at home in a Rend Collective concert, as would any other track from this album; as the group relay to us that unity and camaraderie is needed in such a time as this, that we are stronger together and that even in the hardest of times, all we need is an upbeat song to sing to almost feel like ourselves again. The poppy 4 minute tune “Fun” follows, and is like its namesake- extremely catchy and lyrically simple, as we are gently reminded that having Jesus in our lives is fun. Or as Rend Collective have said (and I quote!): Ready for a big theological revelation? JESUS IS FUN! As parents we get the immense privilege of getting to introduce our child to God. We get to tell them through our words and actions about the joy and delight that comes when we live our lives with Him. That’s why we picked this song as our first single, because we want them to know their God not only loves joy, fun and laughter— but He also CREATED it because He loves them so very much! We want our children to know that life gets brighter, funnier, and more colourful when we give our lives to Him. Jesus truly is the FUN in our lives!

The electronic keys prominent “Go Anywhere” also feels like a Rend Collective track (albeit a short and simple one!) as we are presented with a thankful and grateful prayer that essentially cries out that wherever Jesus is- that’s where we will go. While songs like “Jericho Song” and “Story of The Cross” are personal album highlights, as these songs delve deep into theology and the basics of the gospel message. With Chris and co. passionately crying out that ‘…You will tear down the walls…You are invincible, the strongholds crumble like castles of sand as we shout loud our Jericho song…’ and ‘…amazing grace…You took my place…now I am changed, by Your mercy, Your kindness, this is the story of the cross…’, we are thoroughly blessed to hear some of the strongest and most impacting songs, not only on this album, but in Rend Collective’s entire discography! “Rise Up And Shine” is a celebratory call-and-response tune that will be a hit amongst the under-5 year old’s, with the simplistic toe-tapper relaying to us that we can rise up and dance for God because of everything he’s done for us and the promises that He had told us throughout the years, while Rend Collective highlight to us a 1 minute explanation of how the album was named- the ‘theme song’ of the album.

“My Lighthouse”, one of the group’s most popular and encouraging songs, is redone on Sparkle. Pop. Rampage, as we are treated to a much more musically ‘simple’ rendition, and a version that kids can dance and jump around to; while the 2 minute banjo-focused upbeat melody “King Of Me” reiterates the notion of Jesus Christ being King over everything- even our enemies. And as the group outline, we remember that the God who helped everyone back in the day is willing to help us out today as well: King of Me is a song we wrote to remind our kids AND ourselves of some of the great Bible stories we might have heard way back in Sunday school. But this isn’t nostalgia – those stories are more than just history. They tell us that TODAY, the God who slayed a giant with David, tamed lions for Daniel and sent a creature from the deep to save Jonah, is ready to do the same for us. That’s why we say “My God’s the King of me!” The mid tempo guitar led ballad “Not Afraid” is next, as Chris, Gareth and co. fervently relay to us that because of Jesus alive in us, we aren’t afraid of anything that the devil throws back at us, that ‘…I’m not afraid of the dark, the dark’s afraid of me…’; while Rend Collective tackle science and the concept of creation in “God Of Science (Our Great God)”- a fun track that lists quite a lot of things that God has created because He just can!

With “Need To Know You” being an out and out worship song, that is a total jam to listen to and is essentially a tune that outlines how we need to know God more and more each day, and the album ender “True North” being a captivating and powerful re-recording originally from Good News; Rend Collective (as Rend Co. Kids) have gather up their children and their child-like faith and created an album that is equally as endearing as powerful, equally as compelling as inspiring, and equally as moving as sometimes confronting. One may on the surface dismiss Sparkle. Pop. Rampage. as nothing more than a dabble in the kids music genre, and not a full fledged effort in creating an album full of vitality and life, fit for both adults and children. Yet that’s exactly what Rend Collective’s offering is. I myself may not fully love this album as much as others like The Art Of Celebration and Good News; but there is indeed merit and purpose in this release if we just open out eyes and our ears to see it. So well done Rend Collective– keep up the fantastic work in this ‘childrens’ album as well as other studio albums. Perhaps a live DVD for the next project?

3 songs to listen to: Jericho Song, King Of Me, Need To Know You