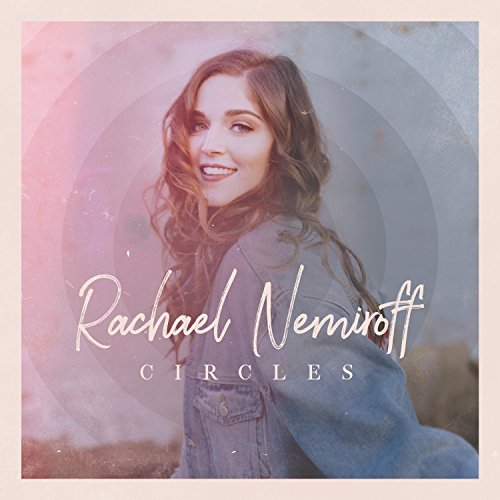 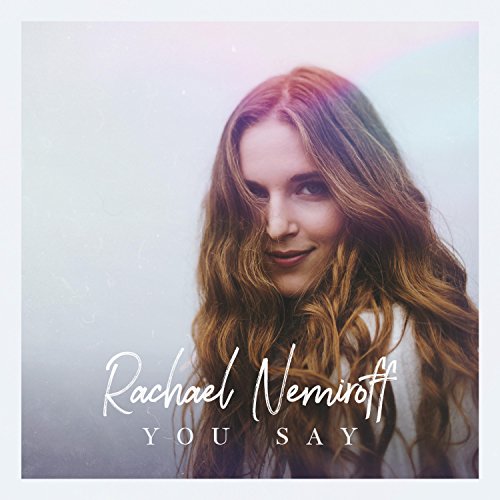 ‘…it’s been a bit of a tough week and I often find myself being really good at doing this one thing called dissociating. I am learning to get better at acknowledging my emotions and checking in with how I’m feeling. I didn’t realize for a while that I would suppress stuff for long periods of time/people please/avoid hard things, the list goes on ha. I know I’m not the only one because we all have some sort of issue, right? Some of it has stemmed from wounds growing up and from other experiences later on in my life. I just want to say thank God for therapy and for my amazing family & friends who’ve supported me through it. God has totally used it to bring so much to the surface I couldn’t get to on my own and heal a lot in my heart…’ Rachael Nemiroff, a singer-songwriter with roots in New Castle, Pennsylvania; is quite possibly one of today’s most passionate and powerful indie-pop CCM artists (although she’s only released two original songs thus far!), alongside others like Tori Harper and Alexis Slifer. Attending Trevecca Nazarene University in Tennessee and playing local shows around Nashville has indeed solidified her singer-songwriter EDM/pop/CCM sound, which has now formulated into two newly original songs- ‘Circles’ and ‘You Say’. Mind you, this is not the first exposure to the CCM world that Rachael has had- prior to these releases, she released a series of cover videos, some of which include her versions of UNITED’s ‘Wonder’, Ellie Holcomb’s ‘The Broken Beautiful’, and Tauren Wells’ ‘Hills and Valleys’, the latter becoming a track to purchase on iTunes (that’s how popular her cover video on youtube was!). Now with a series of cover videos and two new original songs under her belt, I can say that Rachael and her music is as much needed in today’s society as anyone else’s- that her joyous personality, her infectious enthusiasm and zest for honesty in music, alongside the nature for her to produce good pop-worship music within a sea of endless possible avenues that seemingly sound similar to the one before; is what I reckon will lead her to new heights in the future. As spoken by her in the bio section on her website- ‘…my purpose is to share a story that is bigger than myself. My heart is for the LORD and sharing His life-changing love with others through music. I want people to know that they are seen, known, and loved in this world…’

Released on May 18th, ‘Circles’ is the first single from Rachael, and from the get-go, we are met with a heartfelt song of hope and encouragement, as the EDM-pop influence undertones a song that I hope could and should be on radio in the near future. With help from DREAM Records artist Matthew Parker, Rachael’s first song is a moment of realisation, that ‘all I want is you’- whether the ‘you’ is a reference to God or someone else can be anyone’s interpretation (depending on the journey in life of the listener)- yet the truth of the matter remains, that we can draw circles in our minds all we want, yet what we will always come back to is our continual need for God in our lives, our need for Jesus to come invade parts of us that we often try to hide, even from Himself. For our Father and friend to come down and shake us to our core, till we realise that what we may have built for ourselves in a worldly sense will never last if He was not our foundation to begin with. Couple this message with powerful EDM hooks and a voice that I reckon is arguably one of the most powerful and underrated since Lauren Daigle’s all those years ago, is what I think should be reason enough for anyone to hear ‘Circles’, at least once!

Dropping on digital outlets not too long ago (29th June 2018), ‘You Say’ is the second original song by Rachael, and though not as ‘poppy’ as its predecessor, the message is still as paramount. The song itself encourages us to look at what Jesus says about circumstances and situations, as we trust and believe the words that ‘…You say just hold on, this is a walk of faith, You say Your love is strong, and I can trust Your ways, You say follow me through the winds and the waves, oh You say I am safe in the arms of grace…’ What a powerful moment when we realise that God keeps us safe, even in the moments when we believe we are not. As Rachael divulges herself, ‘…do you ever have times where you feel lost? Alone? Questioning so much? I do. I’m thankful that even I’m the midst of it, there is hope. Even if it’s really hard to see in the moment and my emotions are all over the place, I know God is helping me through it. Don’t give up. Tomorrow is a new day filled with new hope. You are here for a reason…’ ‘You Say’ and the message and heart behind it comes from such a quote like this, and hearing Rachael’s journey about what she yearns for the song to communicate has made me appreciate this song even more.

So there you have it- ‘You Say’ and ‘Circles’. And, if her new songs coming is anything like these two just released (whenever they do release maybe this year or next year), then Rachael’s music is sure to be as profound and prolific, poignant and purposeful as Lauren Daigle when she released her debut material, or like when for KING AND COUNTRY released their debut stuff before that. That’s how strongly I feel for this new music. You can see Rachael’s heart and passion evidently in these two songs- something that I reckon is lacking in much of the music industry at the moment. You know when you come across something special? That is what it is with Rachael Nemiroff and her music. Loving the two new songs; and looking forward to whatever is in store in the future. And if her new music is as emotive and encouraging as these two songs, just maybe, she’ll become my favourite new artist of 2018!