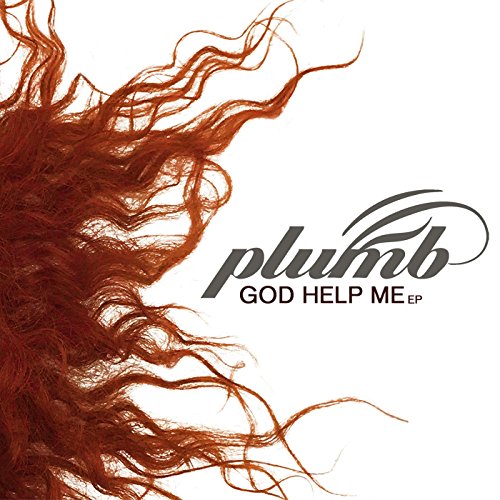 Plumb has had story for the history books, one where her music career has been a whirlwind and rollercoaster over the years. Starting her career under her stage name Plumb (her real name is Tiffany Arbuckle Lee) in the late 1990s, she has garnered much success over the years, presenting to the public chart-topping songs like ‘Stranded’, ‘Cut’, ‘Real’, ‘I Can’t Do This’, ‘Here With Me’, ‘In My Arms’, ‘Hang On’, ‘Better’…you get the picture. But then 2013 rolled around, and Plumb delivered what was, and what will always be, her most vulnerable and personal album yet- Need You Now. Borne out of a re-igniting of a marriage under strain for so many years, Plumb and her husband were on the brink of their relationship heading down the aisle of divorce, but that was not to be the case. What resulted from a lot of counselling, prayer and seeking the Lord together, we have been blessed with Plumb and her husband still going strong in their marriage years later, and her testimony of healing and hope after a period of hurt. Plumb had a career revival of sorts after a return from a 5 year hiatus and therefore, her new passion to tell heartfelt stories about her own life and use that as an encouragement to others is enough for me to be excited for whatever she releases in the future, inclusive of her new EP God Help Me. From transitioning from being in a band, to solo, hiatus and now back to touring and making music, Plumb continues to create music, having something to say, and nothing has changed with her new release. God Help Me is a must have for anyone who has been a fan of Plumb’s earlier music, or anyone who wants to hear a collection of songs that each have the message of hope, prayer and crying out to the Lord in desperate times of need.

‘…I’ve said the words “God Help Me” so many times last year and a half of my life. “God Help Me” to stay faithful and obedient, when I’ve wanted to just give up from the frustrations of my career, marriage and parenting challenges and personal insecurities… of anxiety, depression and fear. Sometimes it’s been as simple as God, help me breathe through this moment. “God Help Me” is a prayer; a sincere and simple call for help in the moments we need Him most. I’ve discovered my favourite songs are the prayers that can be screamed at the top of my lungs. “Need You Now’ was that way, as was ‘Lord I’m Ready Now.’ ‘God Help Me’ is most definitely like that. I’ve even taught my kids that when they’re stuck or scared and don’t know what to say they can just say His name. Jesus. God Help Me. And He always listens. He is always there…’ The title track ‘God Help Me’ in a nutshell is this above quote by Plumb herself. It is a prayer, a moment when we realise that we can’t do anything, and I mean anything, without the Lord God with us and fighting for the battles we know we can’t face on our own.

But just like every pop song written and arranged by Plumb in the past for radio, the track itself is safe musically (but still edgier and more interesting than any other song you’d probably hear on K-Love though…), but it has and always will be the lyrics that stick out for me the most- especially the chorus. As Tiffany expresses in confines of the chorus, we are able to see the desperation in these words, and how she wants the Lord to ‘…help me to move, help me to see, help me to do whatever you would ask of me, help me to go, God help me to stay, I’m feeling so alone here and I know that You’re faithful but I can barely breathe, God help me…’  It is by these lyrics and these lyrics alone that this song ought to be considered by anyone who can appreciate vulnerable music to at least listen to the track just once (maybe more), and maybe, possibly, be encouraged that God can handle our honesty, and that asking the Lord for help isn’t a sign of weakness but rather it is a moment of humility, knowing that we can’t handle everything, and that the Lord is big enough for us to place all our hurt, worry, disappointment and shame on His shoulders. ‘God Help Me’ are three words of courage rather than weakness, and this song hopefully can shed some light on such a discussion point!

Throughout the rest of the EP, we hear a myriad of musical sounds and styles, as Plumb all but offers in all of her songs a message of asking the Lord for help and doing life together with our Maker and our fellow man. ‘Crazy About You’ is a track sung from the Lord’s perspective, a song that reminds us all that the Lord our Father is in fact crazy about us, that He wants to be in communion with His creation. Musically crafted full of strings, looping percussion and eerie sounds of reverb and layered vocals, ‘Crazy About You’ is a song that is as emotive as it is encouraging, and a song that could succeed on both Christian and mainstream radio. ‘I’m Not Alone’ has more of a soundtrack/older Disney-esque moment musically as Plumb features in this 3:00 track a moment of surrender, knowing that ‘…I have nothing to fear, I’m not alone…’, and though the song itself could feel a little rushed (personally another minute at least would’ve been good), the message is still a valid one. The EP, albeit a short one, ends with ‘Acrobat’ and ‘Fight For You’, the former being a track that features more of a rock ‘Firefight meets The Letter Black meets Paramore’ sound as the message of feeling like an acrobat, juggling all our aspects of our lives, can feel universal and relatable; while the latter is a song sung out-of-genre (someone like Britt Nicole or Francesca Battistelli could be better suited to such a song like this) as Plumb incorporates a ukulele in a song that encourages people in relationships to fight for each other if they believe their relationship is worth preserving, and that relationships themselves require hard work, sometimes even travelling through the hard times, as people in relationships appreciate the good times, often because of the bad!

Plumb has had a unique and humbling career, and this new EP God Help Me isn’t different from any other vulnerable song/collection of songs she’s written in the past. But it is the topic of asking the Lord for help that is very much needed, especially during the climate of today. From “Cut” to “Real”, “In My Arms” and “God Shaped Hole”; fans of Plumb’s older melodies, and other artists like Jars of Clay or Natalie Grant will be sure to check out this new EP. The title track itself has quickly shot up to be one of my favourite songs of the last few months, and I’m sure that anyone who hears the track will agree as well. Plumb isn’t going anywhere in a hurry, and this EP is a testament to how much the Lord has stayed faithful to Plumb throughout her years of relationship and marriage difficulty of the past. Kudos to Plumb for such a vulnerable EP, can’t wait to the next full-length album in 2018!

3 songs to listen to: God Help Me, Acrobat, Fight For You