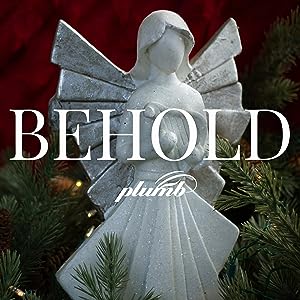 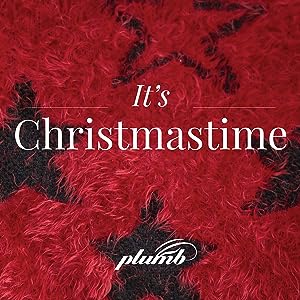 Plumb has been a staple in and around the CCM industry for quite some time. Her musical career has been a whirlwind and rollercoaster over the years- starting her career under her stage name Plumb (her real name is Tiffany Arbuckle Lee) in the late 1990s, she has garnered much success over the years, presenting to the public chart-topping songs like ‘Stranded’, ‘Cut’, ‘Real’, ‘I Can’t Do This’, ‘Here With Me’, ‘In My Arms’, ‘Hang On’, ‘Better’…you get the picture. But then 2013 rolled around, and Plumb delivered what was, and what will always be, her most vulnerable and personal album yet- Need You Now. Borne out of a re-igniting of a marriage under strain for so many years, Plumb and her husband were on the brink of their relationship heading down the aisle of divorce. What resulted from a lot of counselling, prayer and seeking the Lord together, we have been blessed with Plumb and her husband still going strong in their marriage years later, and her testimony of healing and hope after a period of hurt. Plumb had a career revival of sorts after a return from a 5-year hiatus and therefore, her new passion to tell heartfelt stories about her own life and use that as an encouragement to others is enough for me to be excited for whatever she releases in the future. Then came 2018, and for me, one of my favourite Plumb albums ever- Beautifully Broken, that gave to us chart-topping singles like ‘Beautifully Broken’ the title track, ‘God Help Me’ and the more-recent radio-friendly single ‘Somebody Loves You’. After her brief stint under the label of Centricity Music, we see this singer-songwriter/nom-de-plum Plumb enter into independency, this time unveiling her very own Christmas offering, her first ever in her career, in a double-EP release: Behold and It’s Christmastime.

In essence a 10 track Christmas album split up into two- 5 holiday-themed songs and 5 traditional Christmas/originally-written Christmas melodies; Plumb manages to deliver powerful vocals on both these EPs, in a reminder to us all, even during this ‘Christmas in July’ period, of the timelessness of Christmas and the songs associated with the December season. While this piece of writing won’t be a ‘review’ per se (leave that to JFH to do a comprehensive review on Behold and It’s Christmas– seen here and here respectively), what I will say is this- that Christmas-time is such a moment in the calendar year where we sing songs that are reflective of our shared collective belief as believers in Christ; while also singing melodies that are accustomed to the season and are attributed to the holiday that don’t necessarily have much to do with Jesus’ birth…and that’s ok. Just because we believe Christ and follow Jesus, doesn’t mean we only have to sing Christ-centred songs during Christmastime- Plumb reminds us through both these two EPs that Christmas and the music around the season can be both- holiday-themed and Christ-centred, not necessarily either/or. Songs like ‘O Holy Night’, ‘Silent Night’, ‘Away in a Manger’, even famous holiday-themed ‘The Christmas Song’, warm-and-merry ‘My Favourite Things’ (from the beloved and treasured The Sound of Music), and original ‘Behold’ (one of my favourite originally written Christmas songs since Chris Tomlin’s ‘Noel’); are all here on Behold EP, and all represent a space where the listener can hear calmly delivered melodies more suited for the reflective moments that Christmas brings with it. On the other hand, It’s Christmastime, the second EP from Plumb, is more representative of the fun-filled, upbeat, and joyous nature that comes with the holiday and celebration that Christmas is.

‘Christmas Vacation’ is a tongue-in-cheek melody complete with jing-a-ling-a-ling’s, that is a fun-filled track that reminds us to spend time with our loved ones during this once-a-year crazy-time; while ‘It’s Beginning to Look a Lot Like Christmas’, a famous holiday-themed melody originally sung back in the day by Johnny Mathis (about the demenour and character of people shifting when December rolls around each year), is given the Plumb treatment- as a duet with ever-popular crossover CCM/mainstream artist Marc Martel. It’s Christmastime’, the title track of the EP, lends its message to appreciating the simpler things about Christmastime that we as people who’re hustling and bustling often overlook- like tasting gingerbread, banana bread, enjoying hot chocolate, and reflecting and relaxing during December, often something we don’t do because of the pressures of society that relate to the day of Christmas and the hype and expectations that often come with it. ‘Another Year Has Gone By’, written by famed Canadian Bryan Adams (and made famous by fellow Canadian Celine Dion!), is recorded here by Plumb as we’re reminded of how fast- quite literally, that years come and go, and that as another year clicks over, we ought to remember our loved ones who’ve stuck by us throughout, in good and bad moments. ‘I Want a Hippopotomous for Christmas’ is the final track on this holiday-themed EP, and is a track that is just plain silly, funny and enjoyable, and a reminder that the songs we listen to during a Christmas season need not to be super-serious: yes, we do listen to the Christ-centred identity-affirming Christmas songs, but songs like ‘I Want a Hippopotomous for Christmas’ shows us all of how fun we Christians can be, and be ever reminded that it’s never too late to long for something that is far off into the distance, that even such an impossible thing to want, like a hippo (in the song’s case), can still be in the realms of possibility for our Christ. Such a song as this teaches us to dream big, something that is as much needed every Christmas season, as it is in 2020 as a whole!

Plumb has had a unique and humbling career, and this new musical offering of the two Christmas EPs isn’t any different from any other vulnerable song/collection of songs she’s written in the past. Though it is July- seven months removed from Christmas 2019, we are nevertheless reminded, even from hearing Christmas songs, of the simpler times that once was, in 2019, prior to the horrors of 2020- reflective through the Australian bushfires and floods, the COVID-19 pandemic, as well as Black Lives Matter and the George Floyd murder that gripped hearts around the world. 2019 was a time of simpleness before all the chaos, and such an album as this is a reminder, not only of what once was, but what we want to get back to as a nation and as the world- a people healed through these unfortunate ordeals. Maybe, just maybe, Christmas songs can help with the healing process as 2020 continues to roll around- both Behold and It’s Christmastime give us hope that both the holiday melodies and the Christ-centred ones can have the power to change people’s lives and give them a sense of something to look forward to as 2020 Christmas starts to come into view. Well done Plumb for both these EPs, here’s to impact and encouragement to whomever hears the EPs in months and even years to come!