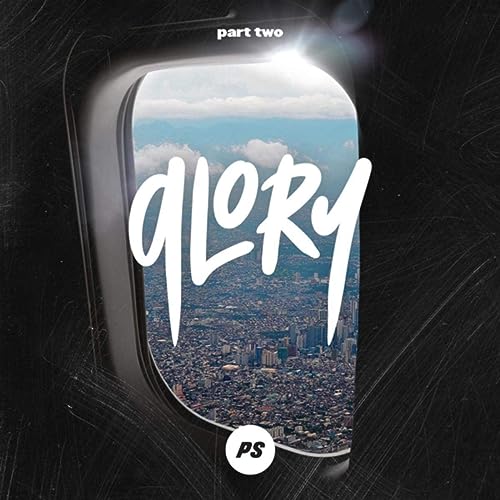 Here’s an unfortunate conclusion that I have come across the past week or so. And it is this. That the Aussie band Planetshakers are well past its prime. Sure these guys have recorded some stellar songs in their whole career… but with the release of albums such as Rain, Heaven On Earth and Legacy; it is evident that these guys just aren’t creative anymore. Which is a shame since they used to be good. But what I’ve learnt from Glory Pt 1 which I reviewed at the beginning of the year- is that I used to love their music and now I don’t. Not to say that their older material isn’t good – it is – but as far as their recent material is concerned… there’s no way that these songs have staying power. And you know what else I have found quite remarkable- in a bad way? It’s that I can now copy and paste any negative Planetshakers review (like the last few!), change the name of the songs that I talk about, and it’ll still make sense. Isn’t that very sad and depressing? So before I speak about these 4 new songs and how they make me still feel indifferent to Planetshakers– here’s my initial thoughts on the band from my previous review- written verbatim.

Another year, another Planetshakers release! Yep, you did hear that right, and no, your ears were not deceiving you. And yes, you can bang your head against the wall and scream out ‘why’- because, after all, wasn’t it just yesterday that the full-length albums Rain and Heaven On Earth released? I mean, what’s the rush? The Rapture isn’t tomorrow guys! Or is it? Maybe they know something we all don’t… Anyway in all seriousness, after last year overall lacklustre Rain and the year before’s mediocre at best Heaven On Earth; the Aussie worship movement has decided in its infinite wisdom…that it’s time for yet another new EP. Just under a month ago Glory Pt 1 dropped to all stores, and with this release clocking in at 31 minutes, we are met with a collective groan of exasperation.

Now I love the Aussie band, and they’ve had some good hits in the past. Plenty of songs from the early and mid 2000’s are tracks that I’d gladly listen to again and again, and still be blessed and inspired by them. So while you can read all of our reviews of Planetshakers’ albums here; at this point one definitely should be thinking and maybe saying aloud ‘enough is enough, time to bunker down, write ‘good’ music, and take 2-3 years to record an album’. I know, it’s a harsh statement, but I’m thinking that too. At this point, one would have to say that Planetshakers aren’t as relevant anymore, given the sheer volume of albums they release every year, like it’s water. For me I am at that stage where I’m thinking ‘another Planetshakers album- really?’. Even though there’s always a couple of songs that pique my interest and really grab my attention in a good way; it’s still perplexing that the band doesn’t just wait and release full length albums and are obsessed with the ‘EP’. Though these five songs in their own right are inspiring; I have found that repeated listens show that these songs aren’t as engaging as their counterparts from years ago- and I reckon that this will be the last Planetshakers release I’ll ever review. That is unless a massive shakeup and overhaul is undertaken quickly. Is this statement controversial?

Now… let’s get on with the analysis of these tracks shall we? “Living Louder”, led by Joth Hunt, is a passionate EDM ambitious melody, that unfortunately falls flat, as the 3 minute danceable anthem musically and lyrically becomes stale within the first minute- there’s tons of repetition, and even though the subject matter is admirable- declaring that we’re going to praise Jesus all the time, these guys don’t have anything musically here to stand out from the rest of the more compelling and engaging worship artists! Sadly the same can be said about the lyrically generic “So Good”, which includes more la’s and da’s that I’ve heard in recent memory- and is a song that is instantly forgettable. “Encounter Song” is a heartfelt and enjoyable ballad led by the piano- a reflective and contemplative piece where we are encouraged to chase after God because of who He is and what He’s done; however this track is too long (over 10 minutes!) and is very, very overkill, despite the song being one of the best of their recent material. While the EP ender is the soothing, compelling piano ballad “All”- one of the rare bright spots on an EP that is extremely frustrating. These guys are talented, but the talent isn’t utilised here. So as I end this review with a direct quote from my previous review (as you all remember that the words used to describe Glory Pt 1 is the same essence to Glory Pt 2!)- let me just say that this may be the last Planetshakers review I post for a long, long while. I’ll never say never cause these guys are sure to surprise me in the future… but for now let us listen to the iconic Planetshakers songs of old- “Rain Down”, “Nothing Is Impossible”, “I Believe”, “To You I Sing” and “All Of My Days” to name a few.

It is saying something that I can talk about 5 songs (or only briefly mention them) in a short paragraph, which has me even wondering why I’m even writing this ‘review’ in the first place? Glory Pt 1 is forgettable if I had to describe it in one word, which even though some tracks are competent, there still needs to be improvement and work. These tracks are somewhat inspiring and hopeful and can be cried out and sung to Jesus during times of joy and hardship; but now I have confirmation that Planetshakers are definitely not as impacting or rousing or influential as artists like Passion, Jesus Culture, and Hillsong. Would I listen to this EP again? No, not in a long time- the run times are too long and there’s just something about this release that makes me feel uninspired. But maybe you’re one of the listeners who actually love the EP- and that’s cool more power to you. Whatever the case though, here’s hoping and praying that Planetshakers have many more new albums to come that will revolutionise the worship industry in the future! That’s a good prayer to pray, don’t you reckon? Otherwise I may have listened to my last ‘new’ Planetshakers release.

3 songs to listen to: Rain Down, All Of My Days, I Believe (which are not on this EP- to nobody’s surprise whatsoever!)