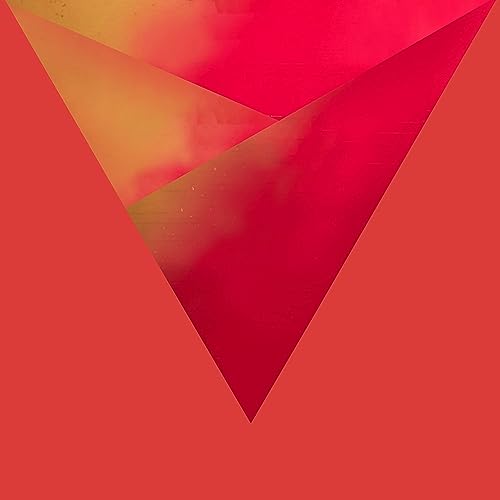 If you’re a frequent reader of our site, and if you’ve caught up on most of the articles we’ve written, then it’s probably common knowledge that most of the music I have listened to in the past on a frequent basis (and hence most of the music albums that I have reviewed!) have been from artists and bands from the U.S. Yet there is one artist recently that is slowly changing my perceptions on music outside of America. Philippa Hanna’s unique and creative music that infuses many different genres together such as gospel, soul, pop, folk and sometimes acoustic material, has made me marvel at and wonder at the sounds coming out of Great Britain. Considering that Delirious?, one of my favourite bands ever, and Rend Collective, one of the most unique and refreshing bands in a long time, have originated from the land mass near the English Channel (not to mention mainstream acts which have recently grabbed my attention such as U2, Ronan Keating, Phil Collins, Ed Sheeran, Robbie Williams, Jess Glynne and Little Mix to name a few); the least that quality artists originating from the UK and surrounding areas should do…is to make me interested in music from that area. And to my enjoyment, Philippa’s songs are honest, lyrically relevant, and her craftsmanship is as good as anyone else out there.

Earlier on this year, Philippa signed to Integrity Music. Which in some ways is a good thing, as this meant that listeners- either Christian or non-Christian, were able to hear more and more albums about her strong faith in Jesus Christ. People who weren’t exposed to faith and spirituality matters, but who were fans of Philippa’s earlier albums like Through The Woods, Speed Of Light and Come Back Fighting were now able to hear Philippa’s testimony (if you want to call it that), as she makes God’s name renown more clearly than before. Integrity Music is a label where the artists predominately release worship albums to God- and as Jon mentioned in a recent review of Philippa’s first two singles from Integrity Music (“You’re Still God” and “My Hope Is In The Blood”), it’s expected now that Philippa’s songs would now have that slant of singing praises to Jesus. “Oh the Power”, Philippa’s third single, is big, anthemic and grandiose, and something that Hillsong would sing on Sunday mornings, as Philippa and guest vocalist Steph Macleod proclaim God’s goodness, love and power, singing out ‘…oh the power unending power of Jesus blood that washes white as snow, oh the power amazing power of redeeming love, this grace unshakable…’. And while Philippa doesn’t reinvent the wheel here, in terms of an epic song like “Way Maker” or “The Blessing”; what we have here is something that is instead still profound and impacting, and a song that is theologically solid as well- as I am positive that churches everywhere will latch onto this track sooner or later.

Philippa Hanna’s musical fanbase is sure to grow and perhaps exponentially so, after the release of her three singles from Integrity Music- but in particular “Oh The Power”; given that Philippa is signed now. With tons of hit songs and heaps of honest, vulnerable and personal content that is insanely relevant for everyone, especially in the midst of this COVID-19 crisis; Philippa has presented to us songs in the past from almost every genre (besides heavy metal and rap) making the experience of diving deep through her discography thoroughly enjoyable; deep and inspiring lyrics that can be listened to by people of all kinds of faiths, as well as oozing a bubbly personality through, making each melody fun and emotional to listen to; it’s hard for Philippa not to be more recognised. Personally, I have thoroughly enjoyed listening to Philippa’s music throughout the years- songs like “Lighthouse”, “I Am Amazing”, “Arrow”, “Even Now”, “The Hero”, “Run To You” and “My Hope Is In The Blood” have each resonated with me one way or another; and what we get is hours and hours and hours of honest, transparent music that is sure to soften even the hardest of hearts. As we witness some of the most vulnerable and moving discographies I’ve heard in recent memory; I encourage you all to take a look at Philippa’s albums in the coming weeks and months. You won’t regret it! Yet for those of us who are worried that Philippa’s Integrity Music signing means no more ‘mainstream-like’ albums… well maybe that’s the case, but maybe it won’t be. So let us just sit back and let God use Philippa for His own purposes. Because only He alone can and will know what is best for Philippa and what is best for each of us. As Philippa has reminded us ever so eloquently in each of her songs; there is a hope beyond all comprehension and there is indeed a peace that passes all understanding. It is Jesus, and we can lean on Him during quarantine and even after quarantine. Well done Philippa, I can’t wait to hear what God has for you in the future!