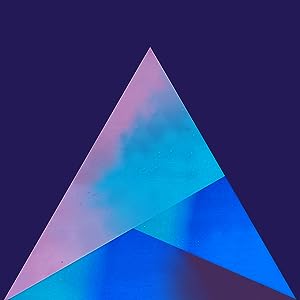 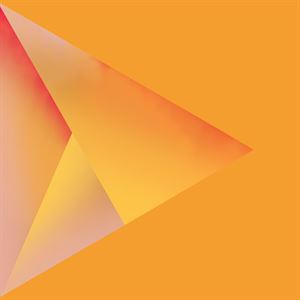 Philippa Hanna is by far one of my favourite artists (solo artist or band) to come out of the U.K. region. Ever. Period. Alongside others like Tim Hughes, Matt Redman, Martin Smith of the now disbanded Delirious?, as well as the ever popular Rend Collective, Philippa’s music has been influencing my own life ever since her poignant and heartfelt ‘I Am Amazing’ that she recorded way back in 2011. Since such a date where she released her life-affirming and identity building anthem, she has continued to inspire many listeners around the world, from her humble beginnings with her albums Watching Me and Taste, to her momentual hits “Lighthouse”, “Hollywood” and “Stars Will Fall” from her 2013 offering Through the Woods, as well as songs like ‘Arrow’, ‘Even Now’, ‘Run to You’ and ‘Something Better’ from her 2016 album Speed of Light. About a year and a half after Speed of Light we saw Philippa unveil her first ever country/gospel album in Come Back Fighting, and she continued on with her songs that were delivered in a relatable way and a faith angle, all the while experimenting with new sounds and musical genres. Her 2017 album gave way the hits of ‘Off the Wagon’, ‘Getting on With Life’ and probably her most vulnerable mainstream-esque hit ‘The Hero’- each of these songs could’ve succeeded at mainstream radio if the stations had given these songs a chance.

Now here we are in 2020. And a lot of things have happened for Philippa- she released a worship song with friend and worship leader Abby Eaton, ‘Now to Jesus’. She released a one-video-a-day blog series relaying people about topics dear to her heart and speaking about vulnerable issues in the world today. She embarked on countless tours alongside releasing another collaboration between herself and singer-songwriter/mental health activist, Lily-Jo – a song titled ‘Known’- that has a similar structure and thematic vibe to for KING AND COUNTRY’s ‘Priceless’, or even Tauren Wells’ ‘Known’ as well. And then Philippa was signed by Integrity Music, and what has resulted is the release of another two songs in 2020 under the worship-orientated label umbrella, in ‘My Hope is in the Blood’ and ‘You’re Still God’. But alas, for me, I don’t really see Philippa as a worship artist. Yes, she’s a Christian, and yes she write songs about her faith and the faith aspect and journey, but I just can’t see Philippa release an out-and-out worship album, when her previous efforts have been leaning more towards the indie/folk/country/pop/roots era of the 2010s. Regardless, this is the label that signed her talents, and for what it’s worth, Philippa’s music still has staying power within the four walls of the church. Whether Philippa’s music (which will now have a more worshipful slant) will be as well received as the other worshipful acts of the UK (Matt Redman, Soul Survivor, Rend Collective, Martin Smith) remains to be seen, but what I will say is this- Philippa’s music has been instrumental in realising that there is still great music outside of the U S of A, and if this is where the Lord wants Philippa to be at this moment, then so be it. Philippa’s music has long been inspirational in my own life before, and these two songs, one released in early May and one released on this-coming Friday, are both songs of hope, encouragement, enjoyment, and joyous declaration. While both these songs showcase a ‘verse-chorus-verse2-chorus-bridgex4-chorusx2’ progression (as well as both these two songs sounding dramatically similar to any ‘generic’ song by Hillsong), Philippa nevertheless declares with passion and enthusiasm.

But all in all, these two songs are worship. Which is frankly, I reckon a different style to what is probably Philippa’s forte (pop/country music). Regardless, for me I thought her two songs were ok- not the best, because for me, there’s frankly other songs this year much more resoundingly impactful (Cody Carnes’ ‘Run to the Father’, Matt Maher’s ‘Alive and Breathing’, Kari Jobe’s ‘The Blessing’ and We the Kingdom’s ‘Holy Water’); but I guess, maybe with time these two songs from Philippa may grow on me. Till then, I’ll listen to these two songs again, and then start to spin the albums Come Back Fighting, Speed of Light and Through the Woods again. Who knows, maybe these new songs by this U.K. native are sure to catch the U.S. by storm- maybe artists like Passion can re-record these songs for their upcoming Passion event next year? Well done Philippa for trying out something new, here’s hoping that this direction is such that draws more people to Christ as He reminds us all of the hope that is in His blood alone, and that in all circumstances, He’s still reigning and still God!