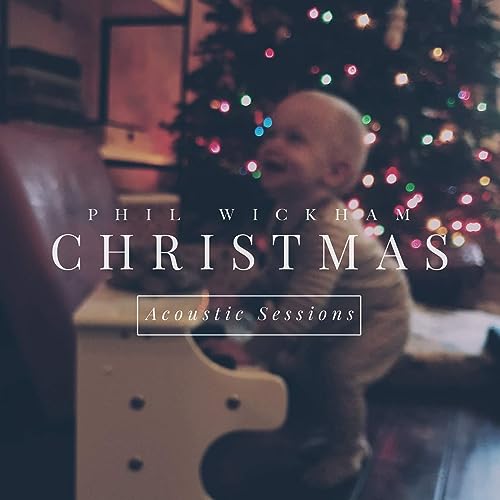 Phil Wickham is by far one of my favourite worship leaders/artists, alongside others like Paul Baloche, Tim Hughes, Meredith Andrews, Matt Maher and Kari Jobe. In fact, Phil could actually be a revolutionary, and pioneer of the modern worship music genre (if ever there is one at all!), alongside others like Crowder (or as he once was, David Crowder*Band), Delirious? (and even Martin Smith now!), The Sonflowerz, All Sons and Daughters and more recently Rend Collective and UNITED, all of whom have taken a stand to deliver worship songs and music that doesn’t necessarily quite fit the mould of it being worship music to begin with…and that’s ok. You’ve noticed that I’ve ‘forgotten’ to include Chris Tomlin there in the list…it’s not because I don’t love his music, it’s just that much of his music can be musically safe and not that artistically inclined…which is ok, but sometimes when I want to hear music, I want to hear something that stretches my own concepts of what worship music is and what it should be, verses what I have always believed it was from the beginning- and sadly, Chris Tomlin doesn’t really do that. Nevertheless, Phil’s music is a great start for anyone who loves worship music in general; and want to hear something that isn’t necessarily that tight to the confines of radio-friendly music. Sure, his music is congregational, but still there’s enough there for Phil to go outside the lines of what is considered ‘worship’ music; and deliver something that on the surface doesn’t sound much like something you’d sing in church, but when looking at a deeper level, you definitely could.

Phil’s most recent full-length studio album Living Hope dropped digitally in August 2018, to much commercial and critical acclaim, with songs like ‘Great Things’, ‘Living Hope’, ‘Till I Found You’, ‘Christ is Risen’ and ‘How Great is Your Love’ (to name a few) being standouts on arguably one of my favourite worship albums of 2018. He followed that up in 2019 with a Christmas album simply and aptly titled Christmas, that embodied to us, familiar songs in the form of carols, alongside familiar songs written and recorded by other artists prior. Simply put, Christmas was used as a primary tool to facilitate worship whilst still in this Christmas season, as Phil’s music, his Christmas songs amongst others, was such that connected with people that enjoyed his music prior, or if you enjoyed worship music as a whole, or even both. Now in 2020, Phil’s unveiled another project again- this time it’s Christmas: Acoustic Sessions, a collection of 12 songs- some from his first two Christmas albums, and others especially recorded for this project, but all recorded acoustically, a way of inviting people into a space of reverent worship, as Phil has been known to strip down his songs into a much more singable and palatable musical format.

Standing at 12 songs, Phil’s acoustic collection of songs for Christmas all serve one purpose- to place Jesus on the map during a season where He is often forgotten and overlooked, for whatever the case. Both ‘Face of God’ and ‘Joy to the World (Joyful, Joyful)’ are some of the highlights on this acoustic Christmas album, as well as his 2019 Christmas album in which these two songs were originally a part of- ‘Face of God’ was written and sung from the point of view of Mary, the wisemen and the shepherds, and what could’ve been the response of these people as they stared and witnessed the face of God being brought into humanity; while ‘Joy to the World (Joyful Joyful)’ marries together both ‘Joy to the World’ and popular gospel hymn ‘Joyful, Joyful’ into a song that is in fact a surprise in a good way. And according to JFH, ‘…’Joy To The World’ may be my favorite song for Christmas in terms of lyrics. It’s just so beautifully written. There is so much joy and declaration of what God had done to enter into our darkness, bringing joy and light and peace. It’s been amazing to go live into the studio and bring it to life; and envision what I always wanted it to be.…’ Phil also continues to reimagine and redo some of the standouts and fan-favourites from his 2019 Christmas album- songs like ‘Away in a Manger (Forever Amen)’ (the famous carol with an added originally written refrain at the end of it), ‘The Christmas Waltz’  (a Frank Sinatra cover), originally written songs ‘This Year For Christmas’ and ‘Star of Wonder’, alongside carols ‘Hark the Herald Angels Sing’, ‘Angels We Have Heard on High’ and ‘What Child is This’ are all given the acoustic treatment after being recorded by Phil for his studio Christmas album last year, while songs like ‘White Christmas’, ‘Carol of the Bells’ and ‘Christmas (Baby Please Come Home)’ are new additions to this album unveiling- songs especially recorded for this acoustic project.

It is in these acoustic recordings where I’ve found lyrics to be accentuated much more, and for my love for such songs as these, to be increased through the stripping down of instruments and allowing a vulnerable moment (describing feelings of Christmas) to be conveyed to the listener. It has actually been the songs ‘Away in a Manger (Forever Amen)’ and ‘This Year For Christmas’ (alongside ‘Face of God’), that have stood out for me this year (as with last year too)- ‘Away in a Manger’ sounds like your normal song to begin with, but then when it comes to the second and third verses, Phil adds in a worshipful flavour to it. Though it can be something that may be frowned upon because it’s tinkering with the sacred nature of the hymns of long ago; for me, I find the altered lyrics refreshing- ‘…the cattle are lowing, the baby awakes, the dawn of salvation beginning to break, I love thee Lord Jesus oh gift from above, the king of the heavens forever with us…’, and a way to see a old song in a new light, and be excited about Christmas carols once again as I’m sure people were back in the day when they were written. ‘This Year For Christmas’ however is I reckon the song that will resonate the most with the most amount of people- it, dare I say, is the Christmas version of Alicia Keys’ ‘If I Ain’t Got You’. A song that Phil himself wrote for his wife, we are reminded through this heartfelt song that relationships are indeed much more important than presents and things, and a song like this ought to keep up thinking about what is important during this December season amongst all the hustle, bustle and busyness.

Over the last decade and a half or so (his first studio album Give Me The World was an independent one made in 2003), Phil continues to present poignant songs of praise and perseverance as this new set of songs- acoustic versions of songs unveiled in 2019- that are fit and primed for the holiday season which is Christmas (alongside his most recent studio album Living Hope); are some of the most emotive and energetic I’ve ever heard Phil perform in his whole career. In fact, he has created albums upon albums of hits in the past, and he’s even created a Christmas album in the past as well. And so Christmas: Acoustic Sessions is no different. Whether you are a fan of Christmas music, acoustic music, or if you’re a fan of Phil’s music previously, or if you are a fan of worship music in general, this album is something you ought to check out- at least once. One of the most vulnerable and powerful collection of Christmas songs I’ve heard this year, this new Christmas acoustic album continues to remind us, if there’s never been enough reminders already; of the ever-needed presence of Phil within the CCM industry, and how with just one guitar and a voice, emotion can be carried to us in a way that maybe a song with more instruments can’t. The worship music industry is enhanced by Phil and his continued and proven music, now more than ever- Well done Phil for such a grounded and emotive Christmas album, looking forward to the next official full-length studio album release, whenever that may be!

3 songs to listen to: Face of God, Joy to the World (Joyful, Joyful), Star of Wonder