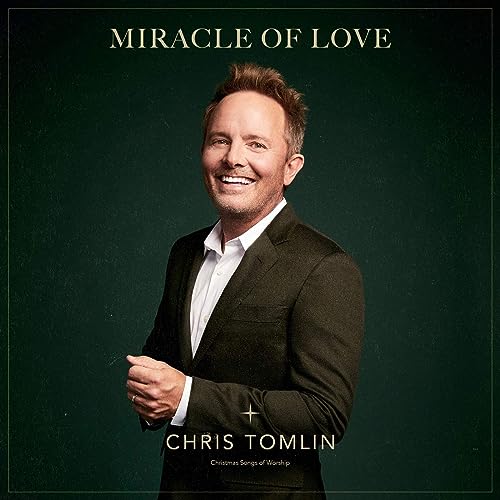 With all of his critics, and people who have said that Chris Tomlin and his music is as irrelevant as Christian music itself, Chris Tomlin nevertheless has forged on, creating songs for the church, and songs that pierce the soul and speak to the human condition, when all sermons and other preaching material may fail to do so. Song is a very important avenue of a message to be delivered, and Chris’s message, if there’s only one, is simple- that the God of the heavens and earth is to be praised for who He is, and who we are is loved unconditionally in spite of all that we have done, and that in order to bring us back together with the Father and eradicate sin and death from our lives, God made the impossible possible- He conquered it through the self-sacrifice of Himself in the form of God incarnate- Jesus Christ. He died and rose again 3 days later, and that is the message of hope that Chris Tomlin creates with his songs, again and again and again. And for this message alone, his songs are popular. And relevant. And relatable and long-lasting. Chris Tomlin is perhaps the most-sung artist each week, most times on Sundays- and people wouldn’t even know it. As for myself, I’ve been listening to Chris and his music for years, and this blog post has quickly affirmed my enjoyment for his music, and the fact that though some songs are years upon years old, songs of yesteryear can still be impactful today, which is certainly true of Chris and his music. Who knows, maybe someone may get this far in terms of reading this blog, and may not even check out one single Chris Tomlin song by the end of it. That’s ok. Maybe someone is just like me and has listened to every single heartfelt melody that Chris has ever put out into the digital space which is Spotify and iTunes (now rebranded as Apple Music). And that’s ok too. Or someone can be inbetween and that’s perfectly fine. What I will say is this- that for me personally, Chris, alongside Switchfoot, Skillet, Delirious?, Steven Curtis Chapman, Michael W. Smith, Casting Crowns and to a lesser extent for KING AND COUNTRY, Carman and  Tenth Avenue North; have shaped the Christian music industry to where it is today. Christian music has basically always been behind-the-eight-ball when it comes to poignant songs and melodies that transcend ethics and belief systems. Nevertheless, Christian music is certainly here to stay, and with artists like Chris Tomlin, and the aforementioned music artists above (in this paragraph), the CCM industry looks bright. Chris may not have the same amount of popularity now as before, and that’s ok. If his music is still glorifying God, and is being used by Him to speak to people and bring them closer to Himself in the process, all the while showing parts of themselves, they have to alter and change in the process; then Chris’s job is well done.

This above paragraph was written in April this year, attached to a blog post I wrote about Chris and his influence in the modern music industry at the moment. I won’t regurgitate all the info I wrote there, here; but what I will say is this- I’ve enjoyed a lot of Chris Tomlin songs, and for the general public, you’d probably have heard at least one Chris Tomlin song once in your life- even the latest recording of Pentatonix’s cover of ‘Amazing Grace (My Chains are Gone)’ was in fact created by Chris with the arrangement of it way back in 2006. All in all, Chris’s music has touched millions of people worldwide, so for Chris to release a brand-new (not really new, considering that 4 out of the 7 songs are from his previous Christmas EP last year, of which we reviewed here, and another one is ‘Noel’, taken from Chris’s 2015 Christmas album) Christmas EP this year…well, I was intrigued. And so I listened. And what I will say is this- the EP sentiment is there, the intentions are there, the passion, I hope is there. But in the sea of a lot of Christmas albums this year, this EP from Chris does very little, and I mean this wholeheartedly, to stand out and make this EP shine and be different from other Christmas albums this year.

I mean, it’s ok- ‘Noel’ is a big standout, with Lauren taking the reins of the song and singing it to perfection, as well as the title track ‘Miracle of Love’, a song sung in the aftermath of Chris learning himself of his upcoming birth of another child, and then creating the song ‘Miracle of Love’ from that standpoint of a father. But other than those songs…there’s nothing much to this EP, that his 2009 Christmas album, and his follow-up 2015 one, didn’t cover already. There, I said it. Chris Tomlin is good as an artist, but this EP doesn’t reflect this as much as I know Chris is capable of. After coming off his unique and different Chris Tomlin and Friends album unveiled in July 2020, I’d expect Chris to be all for innovation and uniqueness, but this EP shows none of those things. In fact, this EP unfortunately is one of the most forgettable Christmas collections I’ve heard, in, well, ever! Yes, and I do mean ever. And no, I’m not discounting Chris’s enthusiasm or even passion. But something has to delineate between this album release and countless others. And I can’t find it. Regardless, someone else can enjoy this EP immensely, but unfortunately at this time, it won’t be me. Maybe in a few years, but as of now, it’s off to listen to Pentatonix’s We Need a Little Christmas. Now that album is definitely unique in the most unique ways possible.

Chris’s album sadly doesn’t have a Christmas feel- it has a worshipful feel, and that’s ok if you’re into worship all year around. But for someone who is picking up an album to listen to, to bring them into the Christmas mood…check out any one of Pentatonix’s albums, alongside Andrew Peterson’s Behold the Lamb of God, Jason Gray’s Christmas Stories, or even Michael W. Smith’s The Spirit of Christmas, before this one. Maybe, just maybe, you’ll realise that Chris may not be the go-to person to listen to for Christmas music, and that in and of itself is still ok. Chris’s album objectively is good if not presented as a Christmas album. But it is, and on that definition, needs to be critiqued as so. Miracle of Love didn’t excite me as I thought it could’ve, here’s hoping the next Christmas offering from Chris in the future, can take a page out of either Andrew Peterson or Pentatonix’s book to create something unique and worthwhile in the future.

3 songs to listen to: Miracle of Love, Christmas Day, Noel

Score: 2/5 (based on originality and the EP being marketed as a Christmas EP), 4/5 (for the songs themselves and if you think of it as a worship album instead!)