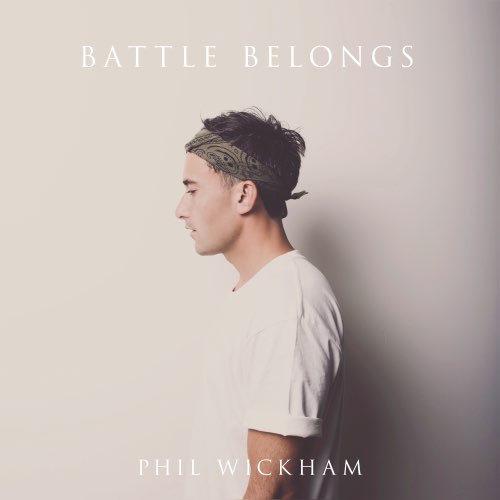 Phil Wickham has become one of my favourite worship leaders, and worship music artists since he unveiled to us his indie debut album Give You My World in 2003. Since that time, Phil has given to us powerful singles after powerful singles- ‘Grace’, ‘Divine Romance’, ‘After Your Heart’, ‘Safe’, ‘I’ll Always Love You’, ‘At Your Name’, ‘This is Amazing Grace’, ‘Glory’, ‘Living Hope’, ‘My All In All’, ‘Your Love Awakens Me’ and ‘Till I Found You’, to name a few. In a general sense, Phil has always had a knack at giving to us, great albums, period. From albums like his most recent, Living Hope, to the album that got me into the fandom, Response, as well as his chart-topping The Ascension; Phil’s powerful and distinct voice cuts through all the cookie-cutter CCM that seems to seep through, and brings it home to be a reminder that great music artists still exist within the realms of CCM. But for me, as a cut above the rest, has always been Phil’s singalong volumes.

Just look back at his music career for a second. You have the acoustic albums Singalong 1 (acoustic versions of songs from albums Phil Wickham and Cannons), Singalong 2 (acoustic versions of songs from albums Heaven and Earth and Response) and Singalong 3 (acoustic versions of songs from album The Ascension), alongside Children of God: Acoustic Sessions and the most recent Singalong 4 (acoustic versions of songs from his album Living Hope). In each of these volumes, it’s just Phil, the acoustic guitar and these songs, making the experience much more intimate and compelling. For as long as I remember, hearing these renditions on all the Singalong albums, as well as the 2016 acoustic Children of God album, makes me enjoy the original songs all the more. This further proves the fact of Phil’s ability to take a song and strip it down to just acoustics, creating a space for the Lord to move and speak, thus making much of his songs and his discography more impactful and encouraging because of these acoustic renditions. Quite possibly one of my favourite worship artists of all time, alongside others like Meredith Andrews, Paul Baloche, Christy Nockels, Tim Hughes and Chris Tomlin; Phil Wickham has continued to impress with every album that releases, and as the years go by, we see a sound that has been refined and matured as Phil delivers songs that are as poignant as they are seemingly out-of-the-box musically and hence, in some ways, underappreciated in the scope and realm of worship music as a whole. While artists like Chris Tomlin, Hillsong (all its facets), Jesus Culture and Bethel Music are the most popular at the moment; it is nice for Phil to come along and inject some kind of life and vitality into the worship music genre. Not that the worship music genre is a bit of a drag, yet sometimes, it needs someone to come to present to us a new kind of how worship music can be portrayed…and Phil Wickham has done just that throughout his career.

‘Battle Belongs’ just released today in Australia (maybe later on today in the U.S.), and as far as first-singles go (this song is perhaps the first single from an upcoming album from Phil, I think…), this one is by far one of my favourites, since ‘This is Amazing Grace’ way back in 2013. The song itself- declaring to the Lord that the battle is His- that the battle- be it physical or in a spiritual sense, belongs to God, and our weapon in the form of prayer and a steadfast heart running after the Lord and trusting Him in every circumstance, is what needs to be focused on the most as a resource, than a last resort. ‘Battle Belongs’ is a great reminder of how we should be acting, especially in 2020 in the midst of a pandemic. Whatever we’re facing and the struggle that we’re in, we can rest assured that the Lord fights our battles for us- we need only to be still and know He’s God, giving our worries and troubles to Him, maybe even on a daily basis. As Phil himself relays to us, ‘…this is one of those rare songs that I’ve written that has become a part of my everyday life. I’ve carried these words with me and sing them in my heart through the uncertainty of this year. God has used it in my life to bring peace and center my attention on His power and faithfulness. I pray it would bless you as it has blessed me. It releases tonight at midnight. If that’s too late for you then it’ll be there for you in the morning when you wake up as well…’ A song that’s going to be on repeat on my iTunes music playlists for quite some time, this is a perfect way to start each and every Friday- worshipping the Lord in praise, fighting battles on our knees in the acknowledgement that His ways in moving us through trials and difficulties may not look like what we expect, but nevertheless, that’s ok. An artist that is still terribly underrated, even to this day: 17 years removed from his debut album; Phil’s honest songwriting makes his presence in CCM all the more needed, and this song, is no different!