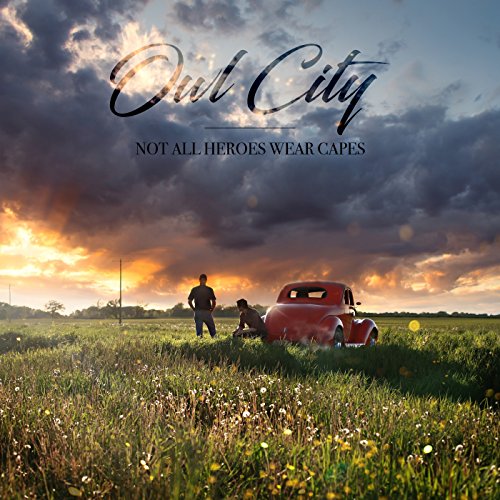 A month or so ago, the 5 broadcast networks announced their upcoming fall TV Schedule, for old and new shows premiering in September 2017 until May 2018. It’s one of my own favourite times of the year (aside from Christmas, Easter, birthdays, spending time with family etc!) as it’s when I know which of my favourite series or most anticipated new series are ‘pitted against each other’ for healthy competition so to speak. It’s a time when I can see which TV shows I will watch live and which I will save until a later date. There’s around 20 odd shows per channel, and 5 channels (CW, FOX, ABC, NBC and CBS) so that’s almost 100 shows! That’s a lot of shows. Which got me thinking. What do you think is the most watched TV genre of all? Do you think it’s police procedurals (like Monk, Psych, Castle), or medical dramas (Greys Anatomy, The Night Shift, Royal Pains) or lawyer shows (Bull, Franklin and Bash, The Good Wife, Suits, The Grinder)?

Well I’m no expert, and I don’t have the stats with me at the moment (nor any moment for that matter!) but I reckon the most watched or talked about TV show genre right now is… wait for it… yep, the superhero genre. The comic book genre. The genre where we as people look to other people, human or otherwise, to save us from adversity, destruction, and ourselves. Think about it as I list the countless TV superhero shows (current and ended/cancelled) and then you can see whether I’m right or not in my line of thinking that superhero/comic book shows are the ‘in’ thing right now. Arrow, The Flash, Agents Of Shield, Supergirl, Legends Of Tomorrow, Gotham, iZombie, Daredevil, Jessica Jones, Luke Cage, Iron Fist, The Defenders, Cloak And Dagger, The Tomorrow People, Inhumans, The Gifted, Smallville, Legion, No Ordinary Family, Heroes…you get the picture, right? Tons and tons of shows where the everyday folk look up to others with superhuman abilities, to save them from a host of baddies!

So why is it that these shows are the ‘in craze’ right now? What makes the aforementioned tracks, and maybe more that I have forgotten about, more relevant or more special in the lives of all of us right now, as opposed to the run of the mill ‘good guy catches bad guy and throws them in jail’? Maybe, just maybe, we are all still searching. For purpose and meaning in this life. For an inkling of what life on Earth means, so that our lives can feel like they matter. Without a higher purpose or someone to look up to, don’t you think life would be boring and just be monotonous? Let’s dwell on that for a bit. Take the premise of any superhero show, and let’s examine. Titular or main character is just an average Joe or Jane, or less than average, then an accident makes them into something more powerful, they use their powers for good to help the city and the greater good of the world. Throw in a season long or series long nemesis that said superhero needs to fight in order to gain closure to ___ killing their parents/loved one/sibling and that’s probably the outline of any superhero show when it all boils down to it.

Superheroes, while they are flawed, appear, at least on TV shows, to be perfect, and a perfect person is who we crave to be like. How many times do we see little kids at shopping centres ask their parent for a fruit drink because ‘I want the Iron Man flavour’ or ‘I want the Batman flavour’? As a café worker, I reckon it’s too many times, but that’s for another post. How many times have we struck up an engaging and maybe intense conversation with a stranger on the basis of having a certain superhero TV show in common? People emulate and long to be like who they see on TV and who they see their parents modeling. If superheroes are who we all look up to now (and why wouldn’t we- it’s someone who fights for us, and takes our burdens and troubles upon themselves in order to give us freedom even if we don’t deserve it!), then perhaps the greatest superhero of all that we should look up to, isn’t as far as we think.

The Flash, the Green Arrow, Batman, Superman, Supergirl, Iron Man, Spiderman, The Hulk, Daredevil, they’re all great and all, but they’re fictional. They’re not going to save you from a failing exam grade, a daunting group interview, or a heartbreaking break-up with your boy/girlfriend. Let’s face it, while these shows are fun to watch for escapism and hoping for a better tomorrow and a better world where heroes stand up and fight for the little people, it’s time that we look toward the everyday heroes of our lives don’t you reckon? The ones without superpowers. Like our family or friends who give us unconditional love and support no matter what.

Adam Young, better known by his stage name Owl City, needs no introduction. You can read my reviews of Mobile Orchestra and Ultraviolet EP, but let me just say this quickly. Adam was a shy, introverted, young, multi-instrumentalist and insomniac, who was playing with electronic sounds in his parent’s basement in his teens and early twenties, and he has now become a musical mainstream phenomenon, because of “Fireflies”, the song that skyrocketed to No. 1 on many charts worldwide in 2009. After the immensely popular Ocean Eyes, Adam released two more equally memorable and much-loved albums (All Things Bright And Beautiful and The Midsummer Station) and a mini album, the Ultraviolet EP in 2014. In 2015 Mobile Orchestra released, and featured possibly some of the most honest, emotional and heartfelt melodies of his career (“My Everything” and “You’re Not Alone”!), and now this year, Adam has shown us another side of himself in “Not All Heroes Wear Capes”, an inspiring message just in time for Father’s Day (at least in the U.S.).

So what does Owl City have to do with what I just talked about in terms of us looking up to superheroes? I reckon it’s no coincidence that Adam released this song while we have been blessed recently with many superhero TV shows over the years. It seems like maybe this song was released when it was in order for a certain message to have greater effect, but maybe it’s just coincidence. As Adam gently across vibrant acoustic guitar, subtle piano riffs and a contemplative atmosphere, reiterates that the only superhero that matters to him is his father (and not Superman or Batman or any other hero with a cape!), that ‘…he built me a house in the arms of a tree, he taught me to drive, and to fight, and to dream, when he looks in my eyes I hope he can see, that my dad’s a hero to me…’, we are reminded that it is the true heroes of this world, inclusive of our family members, that should really matter to us.

But let me go one step further by saying that more than anything, it is the true hero of this world Jesus Christ, who should be the only thing that matters, considering what He did on the cross for each of us so that we could have freedom ourselves without each one of us paying the price. It’s at times like these when I dwell upon another song (similar yet different to Owl City’s newest offering) that brings me to tears every time I hear it. Abandon’s “Hero” mentions to us that Jesus Christ is the hero of heroes, that ‘…there He goes, a Hero, a Savior to the world, here He stands with scars in His hands, with love He gave His life so we could be free, the Savior of the world…’, that only He can love us with the infinite and unfathomable love that we are all searching for. While we all are looking up to superheroes, Owl City encourages us to look closer to home at our earthly parents and family for inspiration and comfort. While Abandon and others (also Casting Crowns and Newsboys in their songs “Heroes” and “Hero” respectively!) take it one step further and mention that our spiritual Father in God, and Jesus Christ should be our source of inspiration.

Now, if you’ve listened to the song, what do you think about it? Is it too mellow and unlike Owl City? For me I reckon Adam is experimenting a bit with sounds, and that he may be called to minister to another area. But regardless of what listeners think about the musical direction of Adam, it is the lyrics which speak to me the most. “Not All Heroes Wear Capes” is a tribute and an homage to superhero TV shows gone by, but it’s also a reminder that those around us are sometimes to best heroes of all to have. And in my opinion (and maybe Adam’s too, since he’s a Christian!), that extends to Jesus Christ as well. When we are hurting, we should look to Jesus for comfort and healing. When we are happy, we should look to Jesus in thanks and gratitude. And while “Not All Heroes Wear Capes” isn’t as explicit about Jesus as other songs about heroes (songs from Abandon, Casting Crowns, Skillet and Newsboys come to mind!); Adam does give it his all and provides us with something to ponder about as many of us are celebrating with our dad’s Father’s Day.

What does the future hold for Owl City next? Is Adam Young still going to be singing about superheroes, or more explicitly about his faith in Jesus Christ? Whatever the case, I’m still going to listen to his music, and I will encourage all of you to as well. But more importantly, have you been changed from listening to “Not All Heroes Wear Capes”? What do you think of my pseudo-Message Mondays post marketed as a ‘review’? Let me know in the comments below, and let us know how your earthly parents or Jesus has impacted your life!

3 songs to listen to: Not All Heroes Wear Capes…until we all realise that the greatest hero of all is Jesus Christ and that He is greater than any of our favourite superheroes and other favourite comic book/TV show characters