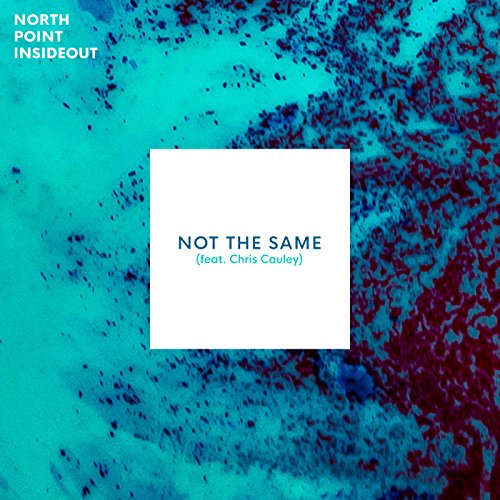 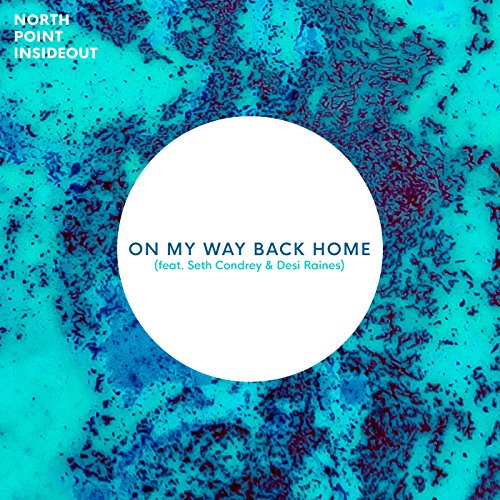 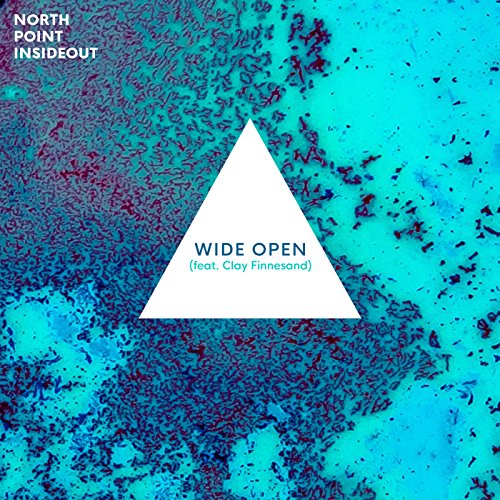 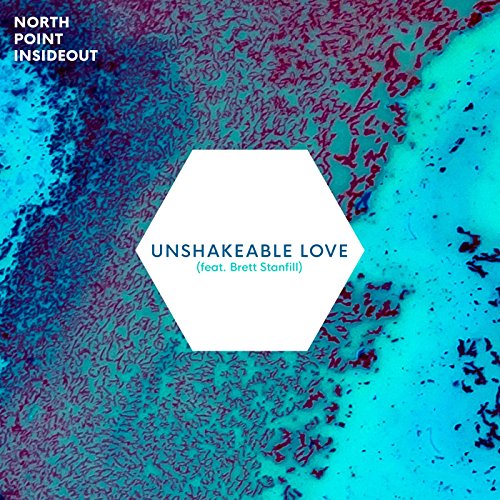 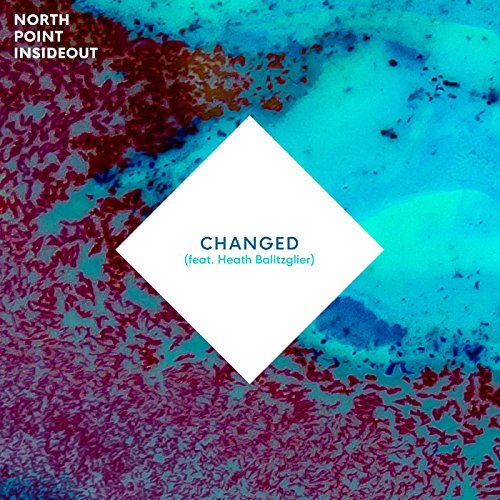 Then enter in another worship collective called North Point InsideOut and then you start to wonder whether the worship music genre (if ever there is an official genre called ‘worship’…technically there is, but really, worship ought to be a lifestyle rather than a genre of music), is saturated. I mean, it is. Really it is. But, in all honesty, does this new worship movement offer to us anything new, fresh and invigorating, or does it just add to the run-of-the-mill worship movements that seem to plague the radio and our churches for the longest time? Harsh, I know, but sometimes, with the continual additions of people creating music for the ‘worship’ genre, you wonder when someone is going to come in and deliver something that sets them apart from everyone else. And North Point InsideOut, whom have recently signed to Centricity Music (home of artists like Jason Gray, Aaron Shust, Unspoken, Jonny Diaz, For All Seasons and Lauren Daigle to name a few), seem to break the mould, offering music that is catchy, poignant and heartfelt, a collection of songs that seem to take us all by surprise (in a good way- myself at least)- a certain to enjoy and appreciate if you love any or all of the worship movements/artists/bands I’ve mentioned above in the previous paragraph!

North Point InsideOut is a worship movement focused on student ministry (sort of a contemporary of Y&F) based from North Point Community Church in Alpharetta, Georgia, and ever since their first album No One Higher in 2012, I knew that this band (or worship movement, if you can call them that) was in for great things, now especially that they are under a label that I reckon is perhaps one of the most underrated within the CCM community, ever. In 2017, North Point InsideOut released to the world their first label project- Nothing Ordinary that birthed the singles ‘Death Was Arrested’, ‘We Are Royals’ and ‘Every Beat’. In fact, ‘Death Was Arrested’ was very much played on radio a lot during that time that I reckoned that that song for that year was like how “Good, Good Father” and “No Longer Slaves” were to 2016! As 2017 progressed, North Point InsideOut presented to us songs that inspired and challenged, and though not as popular as the Hillsongs, Jesus Cultures and Bethel Music’s of it all, the band, which features artists like Seth Condrey and Kristian Stanfill’s brother Brett; remind us all that a collection of worship songs don’t necessarily have to chart the top of radio in order for it to be impactful in someone’s life. And now further on into 2018, we see this worship movement deliver another ‘EP’ of sorts- well technically it isn’t an EP, just 5 songs released at different times of 2018…each sung by different artists under the umbrella of North Point InsideOut. And so what does this new collection of worship songs and melodies offer to us listeners? How has the band matured in their songwriting and musicianship to present melodies that may or may not compare to the hundreds that are released each year?

Released in March, April, May, and a couple in June respectively, ‘Not the Same’, ‘On My Way Back Home’, ‘Wide Open’, ‘Unshakable Love’ and ‘Changed’ all offer up something different as different musical styles are employed throughout these 5 songs. ‘Not the Same’, featuring The Voice finalist Chris Cauley on vocals, is your typical dance-worship song that, sadly, doesn’t really break much musical ground and offer something unique about the worship music genre, nevertheless- the song is still a toe-tapping fun-filled dance-worship song that declares that we are not the same after meeting and being impacted by what Jesus has done in our lives. The song is good for the casual listener, yet for me, who has heard this theme recorded before (‘I Am Not the Same’ by indie worshipper Aaron Keyes), this song sadly pales in comparison. Nevertheless, the song can hopefully minister to whomever hears it, and it has given me a reminder of the theme that is very much needed in today’s society. Still, this song sadly lacks anything creatively, which is a shame, considering much of the North Point’s previous efforts are much more engaging and musically refreshing. Similarly with ‘Changed’ and ‘Unshakable Love’, sung by Heath Balltzglier and Brett Stanfill respectively, both these songs are good in their own right, but when tied together as a whole, the songs blend together, even if it may not be the intention of the band in the first place. Because of Brett’s similar vocal to his brother Kristian (of Passion), ‘Unshakable Love’ sadly doesn’t work- as I hear it all I can think is, ‘Gee, Passion could do a good cover of this!’. That’s probably the downfall of Brett- sounding very similar to his brother. Still, ‘Unshakable Love’ is catchy, but in a sea of worship movements, for a song to survive, it has to be more than catchy. ‘Changed’ is perhaps the most impactful of the three that I’ve just mentioned (both ‘On My Way Back Home’ and ‘Wide Open’ are my favourites- on a new level!), and as Heath Balltzglier performs a song that boldly proclaims that we are changed and not what we once were, I can’t get past the fact that this song has far too much repetition in it. I’m sure the heart behind the song was indeed pure, but sometimes the execution of the song can leave me a little wanting, and that was ‘Changed’ for me. Nevertheless, despite my grumblings, North Point InsideOut have since delivered songs that can impact and change people’s lives around the world, even if these songs don’t resonate with me as much as other songs from other artists.

In spite of the shortcomings that North Point has in reference to these 5 songs, both ‘On My Way Back Home’ and ‘Wide Open’ are some of my all time favourite songs of North Point InsideOut…ever. So I guess with every song that sounds like it’s the middle-of-the-road, there’s another one that is exemplary- and this is exactly true of both ‘On My Way Back Home’ and ‘Wide Open’. With the former being a worship-gospel tinged melody with Crowder and Chris McClarney vibes all over the track (which I reckon is pretty unique, the way that lead singer Seth Condrey can channel Crowder, though not exactly, but pretty well I surmise), that speaks of how we are all on our way to the afterlife, be it heaven or hell, and that in communion with the Lord, we can rest assured that ‘…love came knocking on my door, mercy lifted me up, no more running, oh my Lord, I’m on my way, I’m on my way back home…’ Fusing together the genres of country, praise, pop and gospel can be a difficult and out-of-the-box feat, and ‘On My Way Back Home’ does it nicely. ‘Wide Open’ on the other hand is a much more subdued and heartfelt melody, full of emotion as this anthem, led by newcomer Clay Finnesand, reminds us all that ‘…on the other side of everything I’m afraid of, You are standing with Your arms wide open, wide open, even in my deepest doubts and wonder, You are standing with your arms wide open…’ It is indeed the case that most of the exhilarating and fulfilling things that can be done in life is on the other side of fear, and that is where God is standing with arms open, longing for us to take the leap knowing that Jesus will be with us leading through the difficult times- yet still times that will shape our character as we learn about ourselves and the Lord in the process. Hopeful, encouraging, as well as challenging, ‘Wide Open’ shoots up to become one of my favourite worship songs of 2018, easily in the top 10.

So this collection of 5 songs is a little bit of a mixed bag. None of these songs in their own right are downright boring, let me just say that off the bat. But often there are songs that stand out (for the right reasons), and songs that are good, but not great. And then there are others that are just plain horrible. For this collection of songs, it is more of the 1st and second categories, rather than the third. Songs like ‘Wide Open’ and ‘On My Way Back Home’ are musically and lyrically impressive, whereas others, like ‘Not the Same’, that sadly seem to be created just to keep up with the styles and trends of today rather than to create something that is ingenious and creative in an artistic sense. Nevertheless North Point InsideOut as a whole is a movement that will impact and encourage, and tied to a label like Centricity Music will only mean good things in the future. While still with a little flaws, this batch of songs showcases a wide array of musical styles and once again remind us all that worship doesn’t necessarily have to be strictly sounding a certain way for it to be considered ‘worship’. And while this movement of church worshippers may not necessarily be that popular upon release date this week, I would surmise that North Point InsideOut care not about sales, but rather reaching listeners with the love of Jesus. Hopefully as time progresses, North Point InsideOut receives the recognition as the months progress! Well done to Seth Condrey and co. for 5 songs that are sure to give different reactions for different people. Can’t wait for a full length album whenever it arises!

3 songs to listen to: Wide Open, Changed, On My Way Back Home