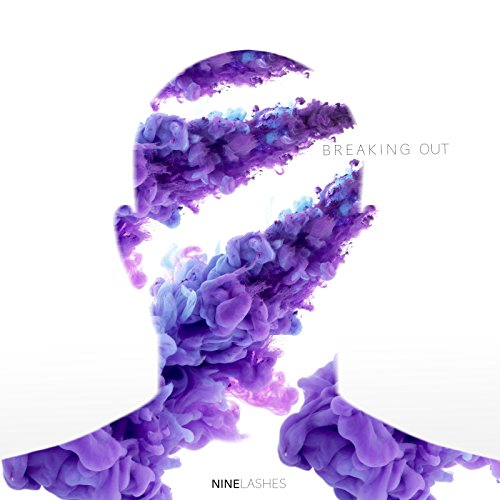 Nine Lashes. A quartet rock band from Birmingham Alabama, who signed to BEC Recordings in 2016 and released the dance/pop project Ascend, stylistically different to their 2 previous albums From Water To War and World We View (which were hard rock and on Tooth & Nail Records!). Though over the history of CCM, there have been numerous bands and artists that have drastically changed their style over time, either through lead singer changes (Newsboys, Audio Adrenaline, Hawk Nelson) or gradual stylistic changes (Kutless, The Afters, Building 429, Sanctus Real, Jeremy Camp); Nine Lashes is interesting, in the fact that it was such a drastic change (no one expected it!) and it was completely out of left field. And while I hadn’t been a fan of Nine Lashes’ music prior to Ascend, I was intrigued when I heard some of their newer material (considering I love CCM). While the band received a lot of criticism from this album; it was an experiment that stayed true to the vision and mission of the band- of making music to change people’s lives and bring them closer to Christ. You can read my full review of Ascend here, but let me fast forward till now. The band is independent, and a new rock single “Breaking Out” has now dropped. Is it rock? CCM? Worship? Should we all embrace the band, not knowing what genre the rest of their songs on their upcoming 2018 album will be like?

In truth, “Breaking Out” sounds very similar musically to songs from artists like Skillet, Switchfoot, RED or Thousand Foot Krutch, which may please some longtime fans, as it means that the group is returning to their rock roots. And it is true, but based off only this song. Gone are the ballads and worshipful melodies present on Ascend and back come the headbanging moments and scorching electric guitars. It’s still not that hard rock (so I can actually listen to it, and not pause every few minutes in fear of a migraine- I’m looking at you The Letter Black and Pain!), but “Breaking Out” contains music that is a step in the direction of how they were before. Maybe it’s a shoutout to the fans or a subtle admission that Ascend and the musical direction there was a mistake. Whatever the case, lyrically the band are back and as good as ever with this new single, as they honestly and fervently convey the notion that we need to surrender fully to God in order to ‘…find your way back among the living…’. Powerful and hard-hitting, Nine Lashes will sure garner maybe a bit of criticism from die-hard fans for this track not being ‘heavy’ enough, but let’s just wait until the full-length drops, yeah?

While a couple of years ago I mentioned that it was strange to review an album of an artist that I hadn’t heard before prior to the album I’m reviewing, and some may say that my review is a bit tainted due to my love of CCM (but it actually was the other way around- I liked this album, and I probably would still have liked it even if I didn’t love CCM!); “Breaking Out” shows the band’s maturity in spades, as we remember that their hearts are massively on fire for Jesus, evident in the lyrics as they covertly share the gospel. It’s a no-brainer that Nine Lashes will continue to shape the CCM and rock industry for many more years though, but whatever your views on the band as a whole are, let’s not forget that Nine Lashes can surprise us, and record another full-blown rock album next time! Or since they are defined as experimental…maybe jazz or country? How about we enjoy “Breaking Out” for now and then judge (their music, not them as musicians!) their songs when the full length is properly released future in the future!