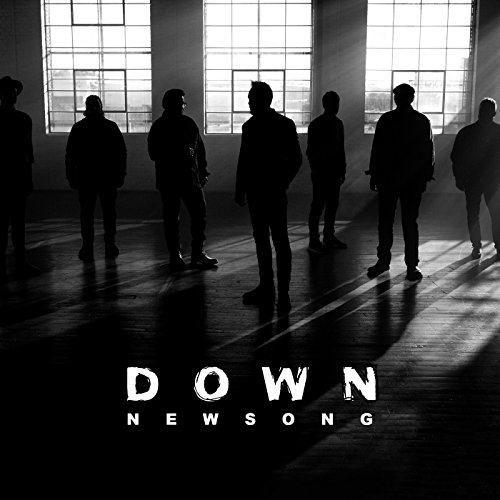 While Newsong have been a household name in CCM/pop/worship music since the 80’s (already 18 studio albums released and counting), they’re still trying to stay relevant in today’s musical landscape, that is becoming more and more modern every day. With their previous studio album released in 2013 (Swallow The Ocean) and their latest live album (Faithful) released in 2015 (not to mention the band also unveiling their latest Christmas album The Best Christmas Ever! In 2016); these guys, comprising of Billy Goddwin, Eddie Carswell, Matt Butler and Russ Lee, have been around longer than Delirious?, Third Day, MercyMe, Casting Crowns, Hillsong Worship, Phillips Craig And Dean, dcTalk, Jars Of Clay, Newsboys, and any other CCM band you could possibly think of!

But if you haven’t heard of the 7-piece CCM band, or any of their songs, then maybe the band members seem familiar to you. Lead singer Russ Lee has done his own solo stuff in the early 2000’s, and lead singer Billy Goodwin is the father-in-law of CCM pop artist Francesca Battistelli. And even if those aforementioned facts are brand new to you, perhaps you may have heard about their crowning achievement- the founding of Winter Jam in the 90’s, and now an annual tour that is one of the biggest tours of the year, with many artists included in the lineup each year (along with Newsong, of course!). Winterjam is now a launching pad for up and coming new artists, as well as one of the largest first-quarter tours in the world. Hosting the tour every year, Newsong should be very proud of themselves!

As for albums though, the band is into their third decade, and it seems like they aren’t slowing down anytime soon. Because bands and musicians rarely retire. And if they do, they probably come back to the spotlight again after a few years away (Toby, Michael and Kevin with their respective solo/band careers post-dc Talk is a prime example!). So what does this year hold for NewSong? Well 2018 marks the beginning of new material, and maybe the start of a new era. “I Am A Christian” dropped to digital outlets late 2017, and now the next song to hit iTunes and other digital outlets is the gospel/soul infused “Down”. Though not as engaging as “I Am A Christian”, the mid tempo CCM-esque track (brilliantly co-led vocally by Russ Lee, Billy Goodwin and Matt Butler!) is nonetheless to get any listener tapping their toes and dancing for Jesus, as we declare the truths He speaks over us.

“Down” is an unusual worship anthem. It’s nothing like what Newsong have done before, as it’s not completely CCM, but CCM enough for us to declare that it is single-worthy. Part R&B and part soul and part gospel, the track sounds like it might have been covered by them, and actually written by artists like Chris Tomlin or Jimmy Needham or Unspoken. It’s weird…it takes a while getting used to. But the track is solid, even with a repetitive chorus. As the band ardently and passionately cry out that ‘…down, down, You will never let me down, down, even when I hit the ground, ground, I know that Your love is holding me and You’re all I need…’, we are reminded of the faithfulness and reliability of Jesus, that He will never fail us, never leave us, and will be by our side always, no matter what. A refreshing concept which, though at times sounding like the topic has been sung to death, is still needed in today’s society; Newsong’s “Down”, though cliché and somewhat CCM-sounding, is needed in today’s political and social climate, as we have reassurance that despite the craziness and chaos of our lives, we can rely on Jesus Christ to have our back, and be in our corner always. Indeed He will never let us down.

While 2013’s Swallow The Ocean may not be the most lyrically creative or musically challenging album out, and 2015’s Faithful is in another category all together, with the worship anthems are probably some of my favourite worship songs of 2015; “I Am A Christian” is the band at their brilliant best- it’s great to hear Matt, Russ and Billy sing songs and reinvent themselves over the years, and evolving their style to stay relevant, yet also never wavering in their faith and their heavily Bible based lyrics. But “Down” is a sadly a step down into ‘CCM sameness’ if you want to call it that. It’s unfortunate, but the track is nonetheless compelling and enjoyable, even if it is something that other bands and artists could record, and record perhaps better (sorry guys!). “Down” though is needed, and perhaps will grow on me over time, and still has me anticipating Newsong’s next album! So what are you waiting for? Be ministered to and worship along with Newsong, as we wait until the next new song (see what I did there!)!

3 songs to listen to: : Down…until the new album releases from Newsong, maybe in 2018!