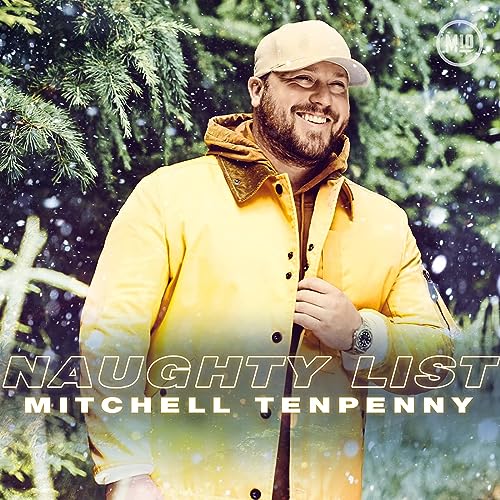 Is it possible to have Christmas fatigue? Can I be honest and say that at this point, I have? It’s been about 11 days since we first reviewed a Christmas album this year (Pentatonix’s Evergreen) and in that time we’ve reviewed around nearly 30 Christmas albums, EP’s and songs. That is… quite a lot, I guess by anyone’s standards, and now as we’re approaching the tail end of reviewing Christmas albums for this year; I’m of the opinion that whatever comes my way has to be excellent. Nothing short of brilliant, something that amazes me and catches my eye. Which is, I guess not that hard to do, and I generally always have a soft spot with Christmas music anyway. Anyone singing about Jesus’ birth and doing a half decent effort, receives adequate ratings points from me- one look at my reviews, even outside of Christmas music, will reveal to you all that I’m probably an easy marker, maybe way easier that I should be. I guess aside from some Christmas music from Chris Tomlin (which is pretty generic if you ask me), most Christmas albums this year and last year have been pretty much inspiring, hopeful and compelling. However, just when you thought you can’t get a more mediocre Christmas album than Emmanuel: Christmas Songs Of Worship; along comes Naughty List by rising country star Mitchell Tenpenny.

Now can I say off the bat that I don’t know anything about Mitchell and his music? I first heard about him when his video for “Bucket List” surfaced online one day on my YouTube home page (embedded above). I was… well I wasn’t transfixed or that captivated, but it was ok-ish. A song that actually would fit right at home on K-Love or any other Christian radio station, that speaks about how we should always strive to do what we want to do today instead of some far off distant date in the future which may or may not come, that ‘…I’ma love a little more, dream a little deeper, leave all the leavers, keep all the keepers, find peace of mind in the time the good Lord gives, I’ma cross one off, put two more on it, say, “I love you” ‘fore the moment’s gone, and never have to ask myself, “What if”, when I get to the bottom of my bucket list…’. And the fact that this radio friendly song would sound right at home on a CCM radio station, is in part due to the fact that Mitchell has a vocal eerily similar to CCM artist Micah Tyler, and also reminds me vocally of Danny Gokey, JJ Weeks, Dave from Sidewalk Prophets and Bart from MercyMe. Despite being a country singer (who hasn’t really dominated that much on the country charts until around about… now?) Mitchell doesn’t have that presence of a country star and does sound like a CCM singer. And thus, I was intrigued to hear Naughty List; however this album is just… there. Don’t get me wrong, these songs are ok; but to me there’s no wow factor. To me, Naughty List is perfect listening today or tomorrow in the background; but for albums that are stellar, look no further than Christmas albums from Pentatonix, Norah Jones, Pistol Annies, Matthew West, and Zach Williams to name a few, which I’m sure will stand the test of time.

Let me just say that I have nothing against Mitchell. I’m sure he’s a nice guy. But this album doesn’t flow that well. That’s just the way it is. Original song “Neon Christmas” is bouncy and poppy and has all the glitz and glamour, however doesn’t say anything much, except a vague reference to COVID-19 outlining how Mitchell can’t spend Christmas with his family, and instead has to have a ‘neon Christmas’ in a bar with his fiancé Meghan Patrick (evident in the music video). While “Snow Angels” is a breezy, laid back song about his love for Meghan, recounting that even if the weather for Christmas time is horrible, he can still celebrate with her in their room; however once again this song is… ho-hum. “Have Yourself A Merry Little Christmas”, the most overplayed holiday melody ever, is just… well, it’s just there, and certainly not a standout by any means (unfortunately); while the title track is a playful and sassy original tune, whereby Mitchell speaks about wanting to sleep in the same bed as Meghan during Christmas time, while celebrating the holiday with her parents who have put them in separate rooms. It’s a tongue-in-cheek song that has nothing to do with the holiday… and to me doesn’t connect with me nor bring anything extra or wow to the table.

“Let It Snow! Let It Snow! Let It Snow!” is one of those ‘carols’ that I’m really indifferent to (because the song doesn’t say anything much, and it isn’t the most inventive holiday song either), and Mitchell’s version of the song doesn’t excite me that much either; however the original pop/country ballad “Don’t Hang The Mistletoe” is one of the few bright spots on an album that leaves much to be desired, with Mitchell outlining in this sweet and moving track how much he is in love with Meghan, proclaiming that ‘…you know how kissing goes, we’ll be under that doorway all night, every party we’ll be tardy or we might not even go, so, if you wanna leave the house this Christmas, don’t hang the mistletoe…’. “Joy To the World”, one of my favourite carols, is also present here, and is standard, with Mitchell’s overwhelming passion making this track not that bad; while “Jingle Bell Rock” is a real head-banger, and an enjoyable rendition of to me one of the most underrated holiday songs ever. “Santa Claus Is Comin’ To Town” is semi-enjoyable because of the more modern and rocky musical elements added in… but is still entirely skippable; while the addition of Meghan Patrick as a guest vocal in the original piano ballad “I Hope It Snows” brings depth in this powerful melody where Mitchell and Meghan sing about their Christmases together, that ‘…I hope it snows on Christmas Eve like a winter wonderland in my parent’s backyard, and I hope you know how much it means to have you in the picture on our postcard…’. Naughty List then ends with “O Holy Night”, a solid, competent rendition of my favourite carol ever. But to me, nothing can match the renditions from Lincoln Brewster, Carrie Underwood, Christina Aguilera and Mariah Carey.

Mitchell Tenpenny is a country star on the rise, and I’m sure he will dominate in the upcoming months and years. But aside from a few tracks, inclusive of the heartfelt and emotional “I Hope It Snows”, Naughty List doesn’t really do anything for me. It really doesn’t. Christmas albums ae supposed to inspire, move, comfort, impact and encourage. This one inspire a little bit, but doesn’t do it for long enough. Sorry, Mitchell, there are a few gems here, but this album on the whole is a miss. So, like I said earlier, for albums that are stellar, look no further than Christmas albums from Pentatonix, Norah Jones, Pistol Annies, Matthew West, and Zach Williams to name a few. Maybe revisit Mitchell’s effort in 2-3 or 5 year’s time? Maybe it’s like wine and gets better with age… Hopefully.

3 songs to listen to: Don’t Hang The Mistletoe, Jingle Bell Rock, I Hope It Snows