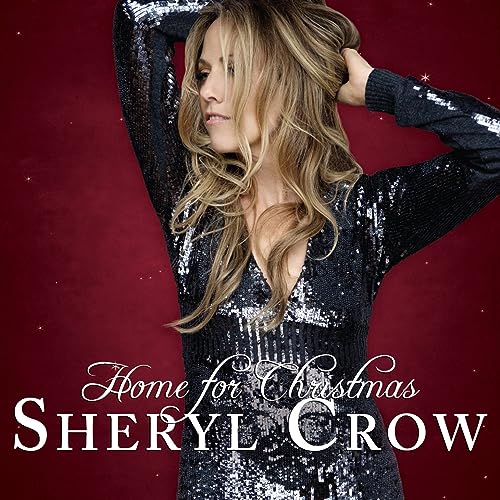 Initial thoughts: A piano prominent heartfelt and poignant Christmas album. It’s quite subdued, and is an album that quietly sneaks up on you. Sheryl Crow has a very distinctive voice, and to some mightn’t be their cup of tea- but I reckon you’ll be pleasantly surprised when you give Home For Christmas a chance.

Reason to listen: Sheryl Crow isn’t that popular and has gone by under the radar. But, as Jon has said in his blog, her influence is paramount… and listening to Home For Christmas proves that Sheryl has the vocal pipes and the songwriting ability to win even the most cynic of Christmases over! Isn’t this reason enough to listen?

Reason to buy: It’s a solid album- though I wouldn’t buy it, as there isn’t really a song that makes me say ‘wow’. Although this album does get you into the Christmas spirit- and for that deserves at least a full listen.

Reason to skip: The songs blur together if you listen as background music- and there’s hardly any upbeat tracks at all. For those wanting a replacement for Michael Buble’s punchy and instant impactful Christmas, then Sheryl Crow’s offering isn’t it.

No. of carols: 9 (including “All Through The Night”)

No of guest artists: None. Sheryl is such an emotive and vulnerable singer though- that I never noticed that there wasn’t any guest vocalists

Does it have heart?: Immensely so. Sheryl shines on the ballads and gives us moment after moment of raw, unbridled and unrelenting emotion, passion and vulnerability. It even makes me love the song “The Bells Of St. Mary”- which is indeed a very obscure song that I wouldn’t normally listen to.

Does it have a Christmas-y atmosphere?: I think so. There’s some bells and whistles- but the fact that this album can be played at all times of the year, and still sound great, and still sound Christmas-y… I don’t know if that’s a positive or a negative.

Uniqueness?: The album is good, but it’s not that unique. Christmas albums such as releases from Pentatonix (Christmas Is Here!), Michael W. Smith (The Spirit Of Christmas) and Matthew West (Unto Us) impact me more on a personal level, and sound way more Christmas-y than this. But that’s just my opinion though and if you dig this album so much… then good for you!

Christmas message: Some carols (Go Tell It On The Mountain, and O Holy Night) but ultimately a holiday Christmas album at its core. Which isn’t a bad thing. But when it’s not as punchy as Michael Buble’s Christmas (yes, that is the benchmark!), then I guess there’s not much leeway to be engaging, am I right?

Closing thoughts: An album that is good in the moment, but can easily be forgotten underneath the shuffle of Christmas albums over the years. Sheryl Crow mustn’t be slept on, however as long as this album exists and there’s not a more upbeat Christmas album, then I guess Home For Christmas won’t be receiving much airplay in the homes of many. Not that Sheryl’s a bad artist- it’s just that this album is executed quite poorly.

3 songs to listen to: There Is A Star That Shines Tonight, Long Road Home, All Through the Night

Yes/no; why/why not?: I would cherry pick some songs (the originals near the end of the track list) and that’ll be all