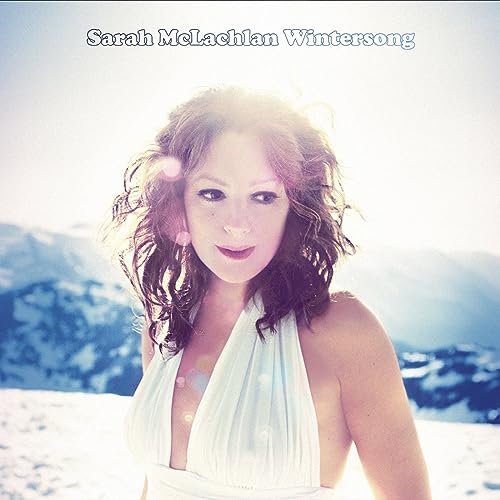 Initial thoughts: Sarah McLachlan has one of the best voices of her generation, and with songs like ‘Angel’, ‘When She Loved Me’, ‘Possession’ and ‘Into the Fire’, she continues her vocal prowess with her Christmas album Wintersong. While not as upbeat as other Christmas albums from other artists, this tranquil and reflective set of Christmas and holiday tunes will allow a sense of awe and wonder at the vocal chops of Sarah, all the while embarking on a unique journey of familiar carols, alongside fan-favourite Christmas-y covers redone by Sarah.

Reason to listen: For the cover of John Lennon’s ‘Happy Xmas’ alone. No seriously, the album as a whole is pretty good if you like reflective Christmas music, but if you’re more into the upbeat Christmas sound, then maybe artists like Lincoln Brewster or Jars of Clay may be more to your liking.

Reason to buy: not really much reasons at all. I guess if you’re a Sarah McLachlan enthusiast and want to complete the collection…but other than that, choose and cherry-pick your Christmas selections from this album on Spotify and then skip the rest.

Reason to skip: I guess because of the repetitious nature of the carols? I mean, how many more covers of ‘Silent Night’ can you have? No seriously, as much as I love Christmas carols like the next person, it has been, and always will be the original Christmas songs, and the obscure ones, that will peak my interest in any Christmas album.

No. of originals: 1- Wintersong

No of guest artists: 1- Diana Krall on ‘Christmastime is Here’

Does it have heart?: Sarah’s voice is very rich, full and exquisite, but does that equate to heart? Not really sure. She’s passionate though, and her songs, done with a sense of urgency to them, can evoke feelings and emotions in people that maybe only come alive during Christmastime…whatever the case, let’s hope she has heart singing the songs, and not going through the motions.

Does it have a Christmas-y atmosphere?: Yes, very much so. With strings galore, this album feels more like a Christmas-y album whenever you hear it- it’s just a little unfortunate that virtually every song on the album isn’t upbeat, but rather, reflective and slow- not necessarily a bad thing, but if one style is only expressed on one certain album, the uniqueness of it dies down quite a bit.

Uniqueness?: No, not at all, unfortunately. Sarah’s niche is slow-ish music, which is what is showcased here quite a bit. From an objective standpoint, the album is good, but because of the lack of musical styles throughout the album as a whole, my enjoyability of the album decreased quite a bit.

Christmas message: We don’t know the faith of Sarah McLachlan herself, but regardless, there are a few songs that explicitly discuss the role of Jesus’s birth in the Christmas story- songs like ‘The First Noel’, ‘O Little Town of Bethlehem’, ‘What Child is This’ and ‘Silent Night’ all remind us of the importance of Christmas Day. But even in that, the majority of the album is much more holiday focused. If you want to listen to an out-and-out Biblical-Christmas album, then check out Dave & Nicole Binion’s 2019 Christmas album instead.

Closing thoughts: Not necessarily my first pick of a Christmas album, if I am to be honest. Sure, there are songs that are technically good on the album, but from a connection level- not much there in this album, compared to others from artists like Phil Wickham, Jason Gray or Pentatonix.

3 songs to listen to: Wintersong, Song For a Winter’s Night, Happy Xmas

Yes/no; why/why not?: No,  not really. I wouldn’t. In this age of Spotify, I’ll only buy something if I really, really think it’d be worth it. And this album unfortunately isn’t so, for me. Nevertheless, listen to this album if you want to enjoy more of Sarah McLachlan’s vocals, but for me, I’d rather explore another Christmas album by an artist like Andrew Peterson instead.