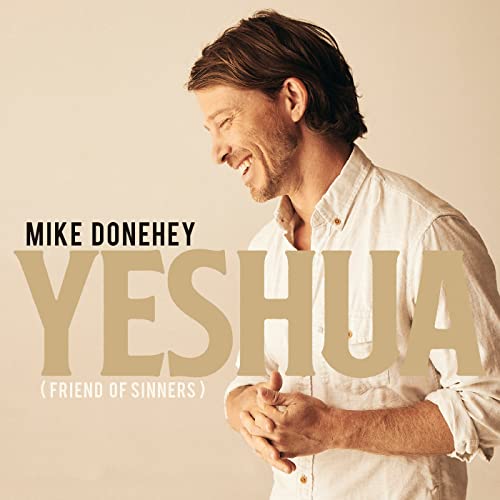 Tenth Avenue North officially disbanded around a couple of years ago- it was in this year of 2020, when the band decided to part ways with each other, and shortly after the release of their successful 2019 album No Shame, Mike Donehey and co. decided to hang up the boots, after a successful career under Provident Label Group that ushered into existence 6 studio albums full of goodness and heart, of poignancy and emotion, reminding us of the sheer grace of God and His mercy through the melodies that we were given throughout the many years. Tenth Avenue North pressed the envelope and stretched the boundaries of what it means to be honest and vulnerable, when they were a band. Sadly, the CCM industry is like any other- one that, just like the mainstream industry, is plagued with a lack of honesty that should really be present. A stigma is attached to the word ‘honesty’ and ‘vulnerability’ in music, and thus, a band like Tenth Avenue North, who in their music, challenged all those assumptions, was well deserving of having a career in music as they had for all those years; a career that brought something new, interesting, heartfelt, challenging, and transformational, to the discussion of what music means for people today. Sure, Tenth Avenue North aren’t popular by ‘mainstream music’ means. But the band itself never really cared about that- carving out a career more focused on delivering songs that were used as vehicles of honesty, songs that were lifelines for people as they traversed life in all its little nuances and chaotic moments of indifference, rather than showcasing songs just as a way and a form of pure escapism.

Now years upon years after their debut album Over and Underneath (in 2008); the band have since parted ways. It was in the latter part of 2020 where the only two remaining members left, lead singer Mike Donehey and guitarist Jeff Owen, got a bunch of friends together and unveiled to us an acoustic album featuring 10 songs of their best and most highly requested, as a swansong of sorts before both these men moved onto other opportunities, either in the realms of music or elsewhere. I reviewed the acoustic best-of album here, which featured standout songs like ‘Control’, ‘I Have This  Hope’, ‘You are More’, and more recently their radio hit ‘Greater Than All My Regrets’. Two years on from Tenth Avenue North’s acoustic best-of compilation, Mike Donehey, the the ex-lead singer, has since made a name for himself as a solo artist, delivering EPs and albums in the wake of Tenth Avenue North’s exit from CCM. In March 2021, Mike Donehey unveiled to us his first solo material since the band split-up in the form of 2 EP’s- Work of Art and A Father and Two Sons. A few months on from that, Mike signed a record deal with Fair Trade Services, and with that, released his ‘debut’ label-backed album as a solo artist- Flourish, in August, comprising of standout hits like ‘All Together’, ‘Follow You Into The Fire’, ‘Glory I Couldn’t See’, ‘Unity Hymn’ and ‘Something That I Can’t Explain’, to name a few. Now as we sit in November 2022, we see Mike unveil something new again- this time in the form of a single, ‘Yeshua (Friend of Sinners)’.

Released around a week and a half ago, ‘Yeshua (Friend of Sinners)’ is a reminder of the kindness of God, the mercy of God and how it is a cleansing river. How the Lord knows of our thoughts, weaknesses, and strengths, and still loves us just the same. It’s a song about God’s utter love and grace towards sinners like you and me, and it’s a song that we as listeners of it, shouldn’t take lightly when we do hear it. As Mike himself relays to us, ‘…the longer I live, the more in awe of grace I become. I hope this song can lead others to the same place. Playing this song out on tour these past few weeks has truly blown me away. As a songwriter, you’re always hoping that others will feel a fraction of what you felt writing it. I really can’t believe the response. It’s already exceeded every hope I had. Really wondering what God might choose to do with this little tune…’

So, there you go… ‘Yeshua’, the follow-up to Flourish. Mike has done albums before. And while I can respect this song (and Flourish before this) for all that it’s worth (and it’s a real good song, period), maybe, if you haven’t really heard of Tenth Avenue North (or Mike for that matter), maybe don’t listen to this track first…check out Tenth Avenue North and their discography first before you start listening to ‘Yeshua’ or Flourish or any other Mike Donehey solo song. It’ll make a lot of sense if you do it that way, than the other way around. But let’s be honest and frank- ‘Yeshua’ does sound like every other album that Mike has done in the past when he was a part of Tenth Avenue North. Do with that information, what you will, but regardless on how ‘similar’ Mike’s solo material is, compared to Tenth Avenue North, Mike’s songs are still poignant and heartfelt, and if you’re a Tenth Avenue North fan (like how I was), then Mike’s solo material is for you. I’ve thoroughly enjoyed this new song by Mike, and its reminder of God’s love and grace and longing to be in friendship and communion with humanity, even at times where we don’t believe that we are even worthy of it. Well done Mike for such a powerful and emotive song. Looking forward to seeing how the Lord uses this track in the upcoming weeks and months ahead.