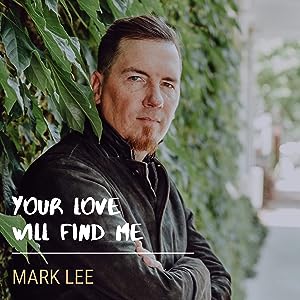 Mark Lee – Your Love Will Find Me (Single) (Amazon mp3/iTunes)

Can I be honest? When Third Day broke up and decided that each band member were going to move into their own individual creative outlets, I was bummed. I was sad. There was no warning signs that this was ever going to happen…but then again maybe there was. With guitarist Brad Avery leaving the band in 2008, Tai Anderson in 2015 and David Carr in 2017, I guess it was only a matter of time before founding members Mark Lee and Mac Powell were either going to move on themselves, or hire new full time members…and I guess they themselves felt that the legacy of Third Day ought not to be messed with, and I’m sure it was going to be if there were new members and a new dynamic moving forward. Nevertheless, what transpired from the years of 1992 to 2017 was fundamental in the change and even acceptance of rock music in a Christian setting. Sure there were bands like Jars of Clay, DC Talk and Audio Adrenaline that were making a statement in the 1990s that rock music was cool, but also a relevant and necessary tool to spread the gospel, Third Day comes along to add another flavour into the mix- rock music with a southern gospel feel. What transpired over the years was a lot of best-selling albums, and chart topping songs like ‘Your Love Oh Lord’, ‘Call My Name’, ‘Children of God’, ‘Love Song’, ‘Thief’, ‘Sing a Song’, ‘Your Love is Like a River’, ‘Soul on Fire’, and more recently, ‘Let There Be Light’ and ‘Revival’ from their 2017 album Revival.

Now here in 2019, and Mac and Mark and doing different things- Mac with this ‘band’ called Mac Powell and the Family Reunion, as their trek around the country making country music, while Mark is now showing us what he can do when he’s placed in front of the mic as a front-man- he can sing, and sing well! Releasing his debut EP titled Unshakable Heart in 2018, Mark is back at it again with ‘Your Love Will Find Me’, a song that is just pleasant to hear, and a reminder that even though Third Day are no longer, at least we still get some sort of resemblance of the music that was, with both Mark Lee’s and Mac Powell’s musical efforts, shown through the past few years. As Mark Lee himself divulges about the track, ‘…far too often when it comes to matters of faith, we put pressure on ourselves, thinking we need to try harder or do more to earn God’s love.But God already loves us and is always pursuing us. “Your Love Will Find Me” is a gentle reminder to stop striving and simply rest in God’s love…’

‘Your Love Will Find Me’…well that’s classic Third Day vibe, maybe from the Time / Come Together / Wire period. Featuring reverbing percussion, finger clicks, and Mark’s amazingly powerful and ethereal vocals, we see a truth that is portrayed in the powerful lyrics, that ‘…when I’m stuck in the middle of doubt, when I can’t seem to figure it out, my soul reminds me, Your love will find me, when I walk through the valley of death, there’s a hope that won’t let me forget, my soul reminds me, Your love will find me…’ Fit and primed for radio, this radio-friendly song, had it been tied to an actual CCM label instead of being released independently, it’ll be a definite shoe-in on WOW Hits 2020, releasing at the end of the year- it’s that good! Alas, it won’t be, because of no label attached…which is sad. Nevertheless, the ways of the music business may never fully be grasped by myself, and that’s ok. For Mark has continued to make music, and only now, we can see what a kept talent he has in singing. Should he have taken the lead on a few Third Day songs back in the day? Most definitely. I guess now we’ll never know why. And here now, with ‘Your Love Will Find Me’, I can safely say that with ever listen, my love for the song gets stronger and stronger, with a message that is needed for society at the moment. Well done Mark for such a powerful song, and one that can and should heal a lot of people who hear this song- and be reminded that though Third Day are done, their ministry and music in form of Mark’s new songs and music career himself, still lives on!