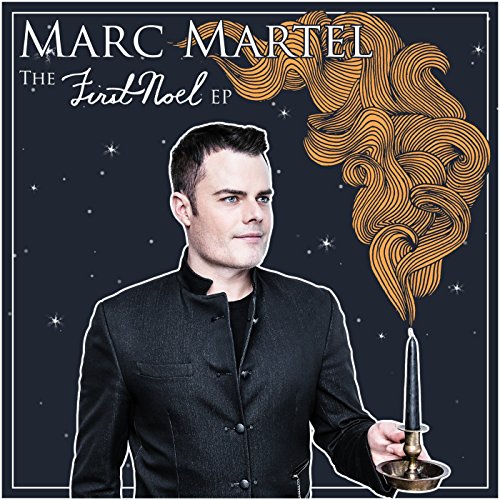 “…In many ways, my favorite thing about Christmas is the subtlety. I love Christmas because it is a time of year where you can make it as meaningful as you want, and I’m grateful we still live in a culture that allows for that. At its heart, we are celebrating the beginning of life. We are celebrating the birth of a Child, and that God made Himself a Man and could truly experience humanity so viscerally. He went through all of the range of emotions we go through, as a perfect Person, and this song boils it down to a simple way of understanding part of that story. Having spent some time outside of CCM the past few years I’m sensitive and I make sure I’m not just preaching to the choir, but also making this life giving message completely accessible to anyone who hears it. God stepped in and did exactly the opposite of what people expected. In our fallen natures we think of justice and vengeance, and Jesus came as a baby and showed us tenderness and forgiveness…” If you were to say that I was an avid fan of Downhere, especially during the time when they called it quits, then you’d be dead wrong. I knew a few of their songs here and there (“A Better Way”, “Let Me Rediscover You”, “You’re Not Alone”, “The More”, “Rest”, “The Song You Sing”, “Here I Am”) but to call myself a really big fan would be an overstatement. Put it this way, when David Crowder*Band split up, and when 1GN split up, I was more sad and emotional then when Downhere split up. Not to say that the band aren’t good, but I guess my indifference to some of the songs from Downhere made me accept Marc Martel’s solo career just a little bit more.

You see, Marc has an uncanny resemblance in his voice to Queen frontman Freddie Mercury, and for a past while, Marc has been touring as part of a band called Queen Extravaganza, playing Queen covers. He did this for a little while after Downhere split, but it’s only recently that he started recording his own solo material. And while I always wanted to listen to, and still an intrigued by Marc’s body of solo work, I unfortunately hadn’t had the chance, or when I did, I opted out, and stuck with what I knew. Cause Marc is now recording music in the mainstream, I was apprehensive yet still quietly eager to check out Marc’s music, but wasn’t sure where to start, and I didn’t even know if Marc was still a Christian or not. Good news though- Marc is still a Christian, and is now instead making music for believers as well as non-believers alike, as evidenced by his thoughtful interview below with Andrew Greer.

This year, Marc released a brand new EP, titled The First Noel. And after listening to the hit single “It’s Beginning To Look A Lot Like Christmas” after the melody, featuring Plumb on guest vocals, debuted as a music video; it is my assertion that this is probably one of the best Christmas releases of the year (aside from Tenth Avenue North’s Decade The Halls!), and that Marc has a bright road ahead of him both in mainstream and Christian music. This release has made me appreciate Downhere a bit more (if that’s ever possible!), and has me eager to check out Marc’s previous solo albums, so kudos to Marc for releasing a compelling collection of 6 songs.

As far as duets go, Marc’s stirring and effortless collaboration with Plumb if gold to my ears, as they harmonise perfectly together, in this quirky holiday themed song, which is in some ways an obscure carol, one you would not expect to be covered. Nonetheless, “It’s Beginning To Look Like Christmas” is a fun way to start a bright EP, so well done to Marc and producer Ben Shive for the song arrangements as well as the track list arrangements. There are two other duets on this album- the subdued acoustic guitar led ballad “Mary Did You Know” featuring Buddy Greene, and the piano led “The Christmas Song” (originally covered by Nat King Cole), a pseudo cover, given that Scott Mulvahill is an upright bass player and plays bass on the track, as Marc sings. Nonetheless, these duets are quite enthralling and stunning, as Marc emphatically relays to us in these tracks the importance of Mary knowing her child is the son of God in the former; and bringing us into the Christmas spirit, and into community with family and friends in the latter melody. Two of my favourite carols ever, “Mary Did You Know” and “The Christmas Song” already enhance a strong track list, and each bring forth Marc’s exquisite vocals, as he majestically sings to glorify Jesus’ name!

The lullaby-esque, haunting and mysterious piano led worship anthem “The First Noel”, is probably one of my favourite renditions of the carol ever (alongside versions from TobyMac, Hillsong Y&F and Tenth Avenue North), as Marc beautifully adds in an all new, never-before-heard original powerful bridge, complete with an explosive choir as backing vocals, one that leaves me breathtakingly speechless; while the mini-album closes with the God breathed piano led “Ave Maria” (even though it’s completely sung in…Latin, I think?) and the acapella style orchestral/epic and out of this world perfect closer “The Hallelujah Chorus” from Handel’s “Messiah”. I read on Marc’s youtube page that he recorded all of the 35 voices sung in unision himself (it was Marc singing 35 times on top of himself, so that’s a fantastic feat!), and that is pretty remarkable. A fitting way to end an EP by praising Jesus and overtly declaring that Jesus reigns on high; Marc Martel’s EP is one to be savoured, even beyond Christmas, and into the new year.

With Marc Martel becoming his own person musically after splitting from Downhere and recording his new solo material, The First Noel EP is a fitting and well timed reminder of Jesus’ coming to earth and saving us all from ourselves. This Christmas, instead of the hustle and the bustle, let us sit and reflect on what Jesus has done for us- and Marc’s EP is a great first step in getting us on the contemplative mood. Well done Marc, your EP is top notch, and I can’t wait to see what’s next in 2018. Maybe I will check out the rest of Marc’s solo discography… don’t you all think that’s a genius idea?

3 songs to listen to: It’s Beginning To Look A Lot Like Christmas, The First Noel, Hallelujah