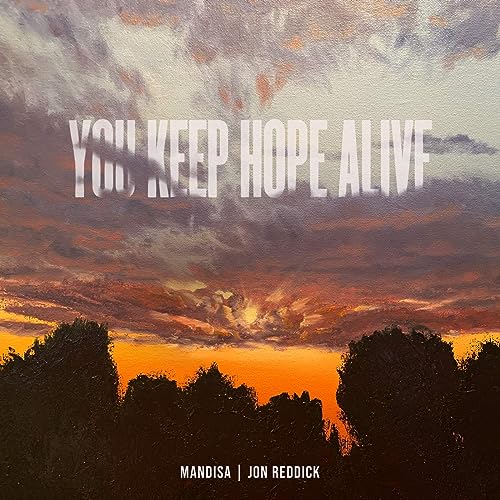 One of my favourite artists of late is Mandisa. Since her latest single “Way Maker” released at the beginning of this year, I’ve consciously listened to her music on my Spotify and iTunes time and time again, just so that I can become encouraged and inspired as I live the life that Jesus has set out for me. Always uplifting and always building us up, Mandisa has that uncanny knack of making life all the more positive, brighter and sunnier; just by praising Jesus and giving God the glory. Although things weren’t always this optimistic and rosy- no not by a long stretch. Because before Mandisa released her 5th studio album Out Of The Dark in 2017, there was a period of 3 years straight where we never heard a single thing on social media about her. It’s funny how we as a listener place unseen pressure on an artist to constantly release albums and/or new songs whenever we are tired of the latest song we are hearing right now. It’s human nature, but sadly we consume more and more and more, until we suddenly are bored, and then we move on. In the case of Mandisa, who fell back into radio silence soon after 2013’s Overcomer, and hence didn’t release any new material after 2 or 3 or more years, the rumours had to have started up. I’m not sure what they were but maybe something like this- ‘Oh, such and such quit, is retired, has fallen away from Jesus, has moved on to something else, is sick, has died’… any other reason, take your pick. But we have seen and heard time and time again the faithfulness of God and the power of prayer and dedication through the comebacks of many artists whom we originally thought had released their best album many years prior to their comeback album.

Mandisa was on American Idol a while ago- in fact the 5th season in 2007, and she recorded plenty of inspirational and successful hits and singles- inclusive of thought-provoking melodies “Overcomer”, “Back To You” and “Press On” all from 2013’s Overcomer. Yet depression is real and Mandisa found herself in this thick of it from 2014 onwards. Thankfully God is a God of redemption, which is why He has helped Mandisa regain her love for music and then some more; as I personally reckon Out Of The Dark is one of the most inspiring and challenging Mandisa albums I’ve ever heard. Thus as “Way Maker” released last month, the wheels in my head started turning. Is Mandisa releasing another studio album? Well…she may this year or next year- but now’s the time to look back and celebrate God’s goodness with also one eye firmly on the future; as Mandisa has now unveiled a brand new EP- this time with guest vocalist and recent Gotee Records signee Jon Reddick. With 4 versions of the smash hit single “You Keep Hope Alive” (including an acoustic version, a multilingual version with guest vocalists, and a 15 minute soaking piano medley version!), we are met with one of the year’s most inspiring and encouraging worship songs, and a must if you’re a fan of Mandisa or Jon Reddick or both!

If “You Keep Hope Alive” seems very familiar- that’s because it is! This song actually released last year, sung by no other than… Jon Reddick (and you can read my review of the song here!). So I guess is it really necessary for Mandisa to record another version of this song- and feature Jon who was on the previous version as well? Especially when the original version was and is actually quite powerful, compelling and encouraging? Well sadly, Jon Reddick isn’t a household name. No doubt he will be in the future… but I reckon that from a marketing standpoint, having Mandisa sing “You Keep Hope Alive” with Jon for a newly recorded single will only benefit Jon and his career as well as the popularity of the song. Not that the song wasn’t popular before… but this version let me tell you takes the worship and the praise to another level! Mandisa is only helping Jon’s career, plus we get to hear a near-flawless version of an already beautiful and worshipful anthem. So what are you waiting for guys? Check out this track (and the other versions) and blast it up high to eleven as we worship the Lord Most High!

With Mandisa’s latest full album Out Of The Dark still occupying my iTunes playlist all these years later; I reckon that Out Of The Dark will be one of my favourite albums from Mandisa, ever! But if you haven’t heard of Mandisa until this review, then I encourage you to listen to Out Of The Dark as well as the new tracks “Way Maker” and “You Keep Hope Alive”! Seriously, there isn’t anything else I can say! Well done Mandisa for releasing yet another thought-provoking, confronting and equally comforting song, that is sure to be a hit with listeners and critics alike! I can’t wait for what comes next!