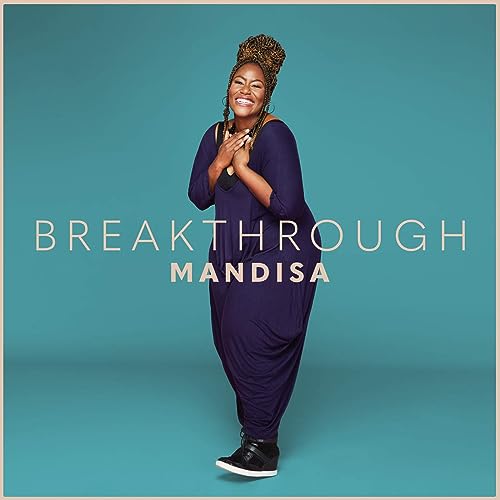 One of my favourite artists of late is Mandisa. Since her latest single “Way Maker” released at the beginning of 2020, I’ve consciously listened to more of her music on my Spotify and iTunes time and time again, just so that I can become encouraged and inspired as I live the life that Jesus has set out for me. Always uplifting and always building us up, Mandisa has that uncanny knack of making life all the more positive, brighter and just plain cheerful and optimistic; just by praising Jesus and giving God the glory. Although things weren’t always this optimistic and rosy- no not by a long stretch. Before Mandisa released her 5th studio album Out Of The Dark in 2017, there was a period of 3 years straight where we never heard a single thing on social media about her. It’s funny how we as a listener place unseen pressure on an artist to constantly release albums and/or new songs whenever we are tired of the latest song we are hearing right now. It’s human nature, but sadly we consume more and more and more, until we suddenly are bored, and then we move on. In the case of Mandisa, who fell back into radio silence soon after 2013’s Overcomer, and hence didn’t release any new material after 2 or 3 or more years; the rumours had to have started up. I’m not sure what they were but maybe something like this- ‘Oh, such and such quit, is retired, has fallen away from Jesus, has moved on to something else, is sick, has died’… any other reason, take your pick. But we have seen and heard time and time again the faithfulness of God and the power of prayer and dedication through the comebacks of many artists whom we originally thought had released their best album many years prior to their comeback album.

Mandisa was on American Idol a while ago- in fact the 5th season in 2007, and she recorded plenty of inspirational and successful hits and singles- inclusive of thought-provoking melodies “Overcomer”, “Back To You” and “Press On” all from 2013’s Overcomer. Yet depression is real and Mandisa found herself in this thick of it from 2014 onwards. Thankfully God is a God of redemption, which is why He has helped Mandisa regain her love for music and then some more; as I personally reckon Out Of The Dark is one of the most inspiring and challenging Mandisa albums I’ve ever heard. Thus as “Way Maker” released in January 2020, “You Keep Hope Alive” in April and “It’s Not Over” in November; the wheels in my head started turning. Is Mandisa releasing another studio album? Well…she may this year or next year- but now’s the time to look back and celebrate God’s goodness with also one eye firmly on the future; as Mandisa has now unveiled a couple more brand new singles in “Breakthrough” and “Ruins”.

Is Mandisa releasing her album in parts? Regardless if she is or isn’t, there’s no denying the passion and heart for Jesus in these songs! EDM/gospel infused “Breakthrough” joyously imparts to us the notion that sometimes breakthrough in any area occurs when we step into the unknown even if we don’t believe it at the moment- and as Mandisa decisively declares that ‘…I’m ready to cross over the line, leave it all behind, nothing’s gonna keep me here, oh, until I see a change, I’m lifting up Your name, there’s freedom in the atmosphere…’; we are inspired to make active changes in our lives, and believe that God is moving, while stepping out in faith even when we’re scared. Yet it is “Ruins” that has spoken to me the most… since “Bleed The Same” actually! Similar in theme to Steven Curtis Chapman’s moving and inspiring song “Beauty Will Rise”, “Ruins” speaks volumes even now as we’re still in the midst of a deadly pandemic. It may seem like God isn’t moving, but Mandisa reminds us that He is and that though we may not see what He’s doing; we need to trust that the God of forever who holds the world in His hands, has got us in this very moment. God is in the business of rebuilding, restoring and making whole and new again. He’s done it before with rebuilding the Chapman family after the horrific death of Maria Sue… so why can’t He do it again? With this song being a reminder that good things can and most often do occur out if a tragedy, it gives us perspective, and keeps our eyes fixed on Jesus, always trusting in Him and knowing that His plans are greater than ours, and His ways are higher than ours as well!

One of the things I love about worship music is that it is a reminder to my soul of who God is and what He can do. Coming out of a particularly difficult year, ‘Ruins’ is a reminder of how God can make beauty from ashes. That is a promise I am clinging to. I hope it reminds you of the same.

With Mandisa’s latest full-length album Out Of The Dark still occupying my iTunes playlist all these years later; I reckon that Out Of The Dark will be one of my favourite albums from Mandisa, ever! But if you haven’t heard of Mandisa until this review, then I encourage you to listen to Out Of The Dark as well as the new tracks “Way Maker”, “You Keep Hope Alive”, “It’s Not Over”, “Breakthrough” and “Ruins”! Seriously, there isn’t anything else I can say! Well done Mandisa for releasing more thought-provoking, confronting and equally comforting songs; tracks sure to be hits with listeners and critics alike! I can’t wait for what comes next!