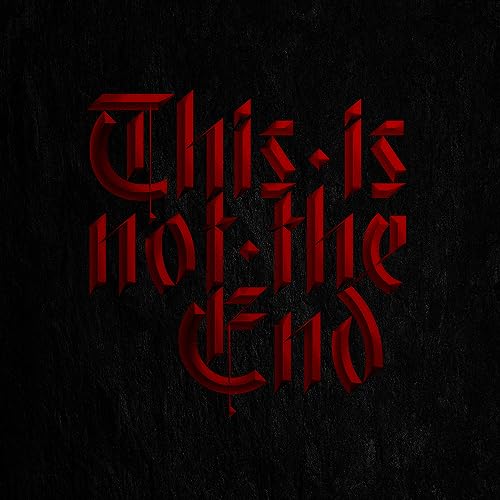 Manafest– This Is Not The End (Single) (Amazon mp3/iTunes)

Christopher Greenwood, or Manafest as he is professionally called; has had a respected, honest, emotional and inspiring career thus far. A rapper and a lover of Jesus; Manafest has dropped hopeful, encouraging, and emotional albums throughout his career in his own ‘rap-rock’ genre. Never content with staying in just the same style within albums and even between albums, Manafest has challenged the status quo and has also delivered many confronting anthems, designed for us to look inwards at how we live our life. I guess it would be easy for Manafest to have signed to a label and just create the ‘same’ album over and over. But songs like “Never Let You Go”, “Fighter”, “Every Time You Run”, “Diamonds”, “Let You Drive”, “Reborn”, “You’re Gonna Rise” and “Human” to name a few, have all tugged at my emotions- and this year Manafest is at it again with the professional musical and lyrical prowess, but also with the heart also in the powerful and equally confronting “This Is Not The End”.

With Manafest channelling rock acts like Skillet, RED and Thousand Foot Krutch in the head banger, “This Is Not The End” on the surface seems to be a track that could give anyone a headache, such is the intensity of the electric guitars and drums. However a deeper and music more focused listen reveals quite a confronting track, as Manafest fervently relays to us that our adversities, trials and tribulations do not define us, and that when we think we’ve reached the end and that there’s nothing that can be done to save us from ourselves; that line of thinking couldn’t be further from the truth. What I believe could be seen as the mainstream version of “You Are More” from Tenth Avenue North; Manafest’s heartfelt melody is sure to catch us all by surprise (in a good way!) and certain to promote discussion as to how we define our worth and our fulfillment in life.

You can always count on Manafest for a compelling, comforting and confronting album- and if “This Is Not The End”, as well as “Come Back Home” before it, is anything to go on by; then Manafest’s upcoming new album releasing this year will be one of the most anticipated of the near future. Some of you may not appreciate Manafest’s mesh of music styles- however I think it’s inventive, creative, and well worth the first listen- and then you can decide if he’s an artist you could listen to or not. “This Is Not The End” is indeed musically and lyrically strong in my opinion- and one of my favourite songs of the year thus far- so what are you waiting for? Check out Manafest’s latest single and let us know what you think of “This Is Not The End”!