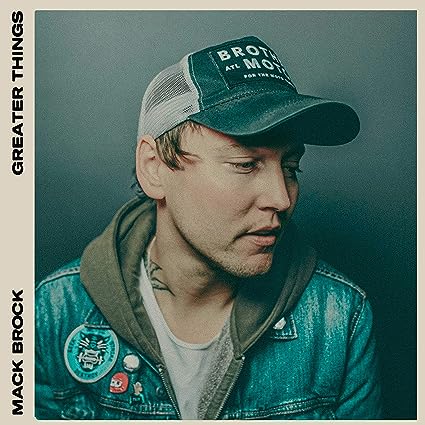 Having signed to Capitol Christian Music Group in early 2018, former Elevation Worship frontman Mack Brock, who served as music producer of Elevation Group as well (for more than a decade); decided last year to step out on his own to record his debut full length solo album Greater Things; which released this past September. Venturing out into the great unknown to launch a solo career, one might surmise that perhaps there were disagreements between Mack and the rest of Elevation Worship- why would bands break up otherwise? Yet God could be calling each member to different areas, and one listen from the title track of Greater Things and the other 8 remaining worship anthems; and you’ll be convinced that Jesus still has something fantastic and wonderful for Mack to accomplish in the world of music in the coming years, as he brings more and more into the Kingdom of God through the gifts He has given to him. A couple of months ago, Mack was at it again, as he had another batch of worship songs to unveil to us in Covered EP. Essentially Greater Things Part 2– Mack proceeded where he left off, continuing to give Jesus the praise and glorifying Him because He has saved us and because He is good. Now… here we are a couple of months later, and Mack has released something new. Or is it?

One look and a glance down the track list of Greater Things (Deluxe Edition), and you can see that it’s the same as Mack’s first two releases. His 9-track album and his 5 track EP. Just one pasted on the back of the other- not even jumbled up to make the illusion of a new release- so as far as ‘reviews’ go, this won’t be a long one, nor will it be a favourable one. Don’t get me wrong, Mack is an anointed and a powerful worship leader, and his songs are inspiring and impacting. There are standouts here, such as tracks “One Like Us”, “Still In Control”, “King Of Heaven” and “Christ Is Risen”. But there’s nothing new that we haven’t heard before- nothing extra such as b-sides, acoustic tracks, remixes, brand new recordings, anything to persuade us to check out this album instead of the other two.

I get it, this release is a physical copy and the other two are digital only… but with the advent of Spotify and with technology bringing us all closer together, who does buy CD’s? If you want to read about Mack’s previous two releases and how I rated them quite highly, you should check them out here and here. And now that you have finished reading those reviews, perhaps now you can know why this release is completely unnecessary. A money grab? I don’t know what the label was thinking, but I guess this release is probably for those who haven’t heard of Mack Brock before…but does the volume of those people warrant a release like this? If the label wanted to release a deluxe version of physical copy version, why wait for this long?

With Elevation Worship still going strong, and Mack Brock seemingly fitting right into the ‘solo artist set-up’, this could be a win-win situation for everyone, as both Greater Things and Covered remind us that there is something great happening soon that is waiting on the horizon for us. And while this redundant CD is completely unimaginative, the songs itself are great. So I guess if you want to add Greater Things (Deluxe Edition) to your collection, then that’s fine. Just know that this release could have been so much more if the label was a bit more creative and proactive. Anyway, it’s not my job to criticise labels too much- they’re just working the best they know how- and sometimes it doesn’t come off; so enough of me griping and whinging. You guys can listen to Covered and Greater Things, then listen some more! Let me tell you, you will be blown away!

4 songs to listen to: Christ Is Risen, One Like Us, Still In Control, King Of Heaven

Score: 2/5 (because of the limited creativity with this release!)