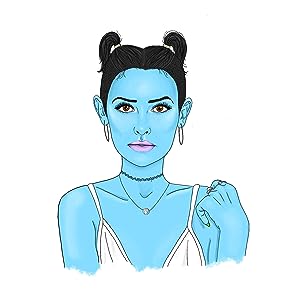 Cimorelli is one of youtube’s biggest sensations, and one of this decade’s (2010s) most inspiring and influential artists that has most of its presence on youtube…and if you haven’t heard of Cimorelli by now, considering that we cover them pretty much a lot on our website, then, I guess you’re in for a real treat, because after it all, I reckon you’d all be as big a fans of Cimorelli as I currently am. And now that you’ve read and pondered all things Cimorelli that we’ve divulged on our website here, let’s just be candid shall we? Lisa Cimorelli, 3rd sister out of the 6 (in terms of age) released powerful songs ‘Unloved’ and ‘Goodbye’ last year, and now here in 2019, we see yet another offering from this powerhouse singer- ‘Italy’.

And though many  have speculated as to whether Lisa would just leave the band and go the solo route (especially now with the release of three popular singles ‘Unloved’, ‘Goodbye’ and now ‘Italy’), we have been since assured that she is still sticking with the band. Even so, she is still releasing vulnerable and heartfelt material that can resonate and impact whomever hears it, while still contributing to Cimorelli as they themselves continue as a band to stretch the boundaries of what good pop music with an inspirational edge can and should sound like. Lisa has long been praised for her own voice, and through both ‘Unloved’ and ‘Goodbye’, and now ‘Italy’; Lisa’s vocals are on display. From an objective standpoint, Lisa’s vocals alone ought to be why anyone should listen to the band- even if it is once to see.

As Lisa herself vulnerably relays her own thoughts of the song via Instagram; ‘…I’ve always tried to keep the details of my love life private because I want to be as honest and raw as possible in my music without affecting anyone’s public image. In order to do that, they need to be kept anonymous. That said, I did mention his name in this song. Whoops. Haha. We have never been publicly linked and y’all have not seen or heard of him so I think I’m in the clear. Anyway. I wrote Italy after possibly the worst few days of my life…’ And so what we can see of this song is that ‘Italy’ is by far Lisa’s most personal and it is indeed about a boy she has either had a crush on, or has actually seriously dated for a while, except it went awry for whatever reason. And thus, ‘Italy’ came about in such a vulnerable moment. And then, you could be thinking- why review a song that is very much sad when the title of your site is called ‘365 Days of Inspiring Media’?

The answer is simple- to raise awareness that life isn’t always easy, and such songs like ‘Italy’, with all it’s heavy emotion, exists. And thus, a song like Lisa’s can give hope and inspiration to people in a way that we look at Lisa’s life in Cimorelli right now, as opposed to what has been depicted through the song, which was a snapshot in time during 2016. If she can conquer (and has) her demons to become a happy and content person, all these years later, then there’s still hope for other listeners as well. And the second thing…Lisa’s voice is amazing and powerful, so why not include this review on the site- if it means that we hear the raw and honest emotion shown through the song, and realise that this melody, as depressing as it can be, can still have an impact upon a generation compared to the countless pop songs we hear on the radio that release currently at the moment!

To be vulnerable, in general, and in this case, in song, can be a very, very hard thing. Lisa Cimorelli has undertaken something very pivotal in not only her music career as a ‘solo’ artist, but also in the lives of Cimorelli as a band- being vulnerable and real in music, in a way that doesn’t drive people away from hearing more, but rather, shines a spotlight on the issues at hand. As Lisa continues to divulge, ‘…we were on tour in Europe in 2016 and I was having some personal issues I’d rather not talk about here. I was at my most vulnerable when he contacted me and I fell right back into it. I was so happy to hear from this person I missed so deeply that I couldn’t hold myself back. And then he disappeared. Again. I only recorded this song once. Alone in the dark with a laptop and a microphone, I bawled my eyes out and sang the demo. Later on we went to produce it and I considered re-recording it but the emotion was just too raw, I couldn’t replicate it. There are a lot of pitchy notes and rhythm issues but that’s why I love this recording, because it’s so real…’ And it is in light of this above quote that I can continue to appreciate Lisa and Cimorelli as a band, even though I know they may never be to the point that other artists are right now (famous-wise)…and that is perfectly ok. And though I know I myself haven’t got most of the messages from the melody (because I haven’t heard it enough), what I do know is that whatever releases next from Lisa is sure to be taken notice of, if her music hasn’t already. Well done Lisa for such a song that champions the side of us that showcase hard-hitting material for us to ponder and reflect upon. Can’t wait for maybe, a full length solo album in the future, whenever that may be!