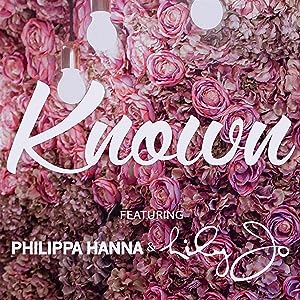 Philippa Hanna is by far one of my favourite artists (solo artist or band) to come out of the U.K. region. Ever. Period. Alongside others like Tim Hughes, Matt Redman, Martin Smith of the now disbanded Delirious?, as well as the ever popular Rend Collective, Philippa’s music has been influencing my own life ever since her poignant and heartfelt ‘I Am Amazing’ that she recorded way back in 2011. Since such a date where she released her life-affirming and identity building anthem, she has continued to inspire many listeners around the world, from her humble beginnings with her albums Watching Me and Taste, to her momentual hits “Lighthouse”, “Hollywood” and “Stars Will Fall” from her 2013 offering Through the Woods, as well as songs like ‘Arrow’, ‘Even Now’, ‘Run to You’ and ‘Something Better’ from her 2016 album Speed of Light. About a year and a half after Speed of Light we saw Philippa unveil her first ever country/gospel album in Come Back Fighting, and she continued on with her songs that were delivered in a relatable way and a faith angle, all the while experimenting with new sounds and musical genres. Her 2017 album gave way the hits of ‘Off the Wagon’, ‘Getting on With Life’ and probably her most vulnerable mainstream-esque hit ‘The Hero’- each of these songs could hopefully succeed at mainstream radio, both now and into the future.

Now here we are in 2019. And a lot of things have happened for Philippa- she released a worship song with friend and worship leader Abby Eaton, ‘Now to Jesus’. She released a one-video-a-day blog series relaying people about topics dear to her heart and speaking about vulnerable issues in the world today. She embarked on countless tours and now here we see her releasing something also heartfelt, this time a collaboration between herself and singer-songwriter/mental health activist, Lily-Jo– a song titled ‘Known’, and one of the most vulnerable songs I’ve heard from Philippa (be it a collaboration or a solo song) since, well, ‘The Hero’ back in 2017. A song that has a similar structure and thematic vibe to for KING AND COUNTRY’s ‘Priceless’, or even Tauren Wells’ ‘Known’; we are reminded of the central fact that we are known and loved, we are priceless and we don’t have to filter anything to gain acceptance from our loved ones…or we shouldn’t. A song that either alludes to the special love that God gives to us that comes out of us being known fully and loved unconditionally, or it can show that our loved ones are the people that won’t walk away, because we are known to them and they know that what we do and who we are, are so much more than whatever can be seen on the surface; both Philippa and Lily-Jo have imparted to us a heartfelt song full of life and love as this track fast becomes an anthem amongst todays teenagers, especially younger girls. About self-worth, identity, in a world where everyone seeks approval from social media to feel loved, accepted and validated; the song itself is released in support of Compassion UK’s ‘Different Path’, an appeal supporting mums and babies in West Africa. And I reckon that it is in the star power of these artists- Philippa Hanna toured with the likes of Little Mix and Leona Lewis, while Lily-Jo has gone across many schools in the UK and Europe area to speak about issues relating to wellness and mental health!

Philippa’s new song is a great follow-up to ‘Now to Jesus’, with is also yet another great follow-up to what I reckon will be one of my favourite albums from her, Come Back Fighting. The song itself is full of lyrical and stylistic ingeniousness, as Philippa brings to listeners a melody full of assurances and promises, that even thought the song doesn’t explicitly market itself as a Christian song, it can still be used by the Lord to impact and influence! While she’s still not as publicised or even as popular as one would hope she’d be, her presence on both British Christian and mainstream radio is growing. ‘Known’ is a great treat and a great pop melody at worst, and an inspiring life-changing song at best; Philippa (and Lily-Jo) ought to be commended for such a song full of heart and honesty, a great duet that’ll be on my iTunes playlist for some time to come!