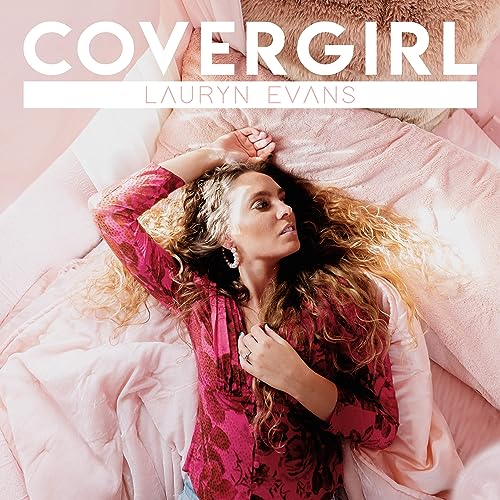 In 2013, something ground-breaking in Christian music occurred. And that something was the formation of an all-girl group band similar to how girl bands on The X Factor were formed, like Little Mix and Fifth Harmony. 1 Girl Nation, comprising of Kelsey Sowards, Carmen Justice, Lindsey Ciresi, Lauryn Taylor Bach and Kayli Robinson, seemed to be CCM’s answer to girl groups and pop groups like the aforementioned Little Mix and Fifth Harmony. And with smash hits like “While We’re Young”, “Count Your Rainbows”, “Love Like Crazy”, “Get Hype”, “Guard Your Heart” and “Impossible”; we all thought these girls would reach the sky and them some- hopefully releasing many, many albums and becoming superstars. Well.. they did that for a while, but oh how very wrong we were in the long run. After a few members left the group (Carmen decided on a solo career, Kelsey joined up with her husband Caleb Grimm and formed Caleb + Kelsey, and Lindsey joined up with her husband Austin Adamec and released music as the worship duo Austin And Lindsey Adamec), it was decided that 1 Girl Nation would be no more. It was a shame, but at the time I guess I thought it’s be ok, as all five would be releasing music of some form in the future. With Carmen, Lindsey and Kelsey being right now the three of the five whom are the most active musically- and with Kayli branching into mainstream music and being moderately successful for a time (though I don’t have any clue of what she is doing right now!); from 2016 til now Lauryn has been quiet. Then Cover Girl released last week. Now though I didn’t follow Lauryn on social media up until recently, I wasn’t aware of her movements musically until this past week- but it seems to me that she’s been recording cover tunes (and a few original melodies) since 2019 when she got married. Cover Girl is borne out of that stepping back into music (although on Lauryn’s youtube page, there are way, way more covers released that aren’t attached to an album yet!)… so now that you know context, let me dive in to let you know my own assessment of Cover Girl and how Lauryn Evans’ re-entry back into music has fared.

Usually when artists record a cover album- and maybe even a cover album for their debut album- they cover the hit songs. The songs that have gone far on the radio, the songs that they know that listeners would want to check out because ‘it’s a smash hit and I want to hear the cover version of ___!’. Yet one glance down The Story Of Us and we see, yes some hit songs, but also some lesser known tracks that might’ve slipped underneath our radar. When you’re an artist starting out and you do a cover album- lots and lots of songs are at your disposal, and assuming that the caveat that this cover version matches the original in every aspect for every single cover, then you’ve basically got hundreds and hundreds of songs to choose from to make your album stand out from the other cover albums out there, and also maybe stand out from some original albums too.

Though this above paragraph was taken verbatim from my review of The Story Of Us from Finding Us; the basic ‘rules’ of recording a cover album apply here too. However as much as I love Lauryn’s passion and big heart, Cover Girl on the a whole, falls flat- primarily because of the length of all of these songs (around 2 and a half minutes each song on average!), and also because on the medleys that Lauryn does record (5 out of 10) are sadly of different tempo and sound quite disjointed. This album was overall not as compelling to listen to than I would have hoped- and even though there are some great renditions and solid songs like “Because You Loved Me” (Celine Dion), “Ain’t No Grave” (Bethel Music) and even the medley of “Dear Hate” (Maren Morris) and “Love Wins” (Carrie Underwood); Cover Girl is a disappointment unfortunately. Lauryn is a talented singer and an artist- yet these tracks don’t do her justice here. Vocally she’s at the top of her game, but hopefully Lauryn’s next album will be much more dynamic and engaging!

I’m not sure why Lauryn Evans decided that 2 and a half minutes was long enough for each of her cover songs on Cover Girl– however this is what has eventuated. If you want to know more about Lauryn Evans the artist, then Cover Girl isn’t the album for you. Maybe 1 Girl Nation’s two albums showcase Lauryn’s vocals more than this project… but maybe all we all need to do is wait until Lauryn’s next album. Because I am certain that’ll be better than this lacklustre offering.

3 songs to listen to: Dear Hate / Love Wins, Because You Loved Me, Ain’t No Grave