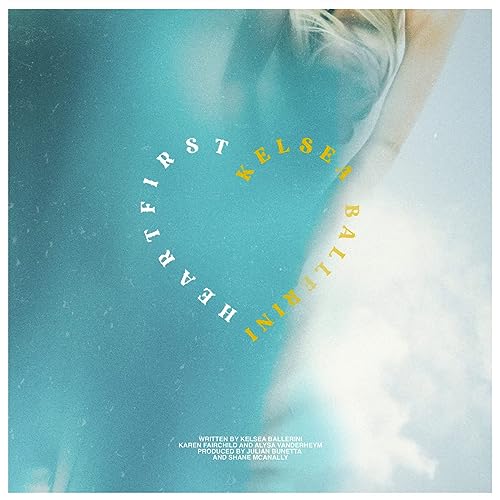 So it’s May 2022. 2 + years since the start of COVID-19. The lockdowns are over, despite cases and deaths still rising and rising. Most, if not all of us, are triple vaxxed, and we’re all trying to settle back into some kind of normal. Omicron shocked us at the start of the year, but right now, with RAT tests being accessible for every home in the country… can I cautiously and optimistically say that we’ve got a handle on this virus now? At least until the next variant? So as we adjust to this new normal, and still find ourselves browsing YouTube and the internet for any kind of inspiration, what do we do now? Well let me tell you that it has been music (and a wide variety of it!) that has kept me sane, that it has been music that has greatly encouraged and inspired, and it has been music that has made me ask the deep questions of life that I otherwise may not have asked in such depth. In fact I’d say it has been God speaking through music- through Christian and mainstream music alike. And one such artist that I have found to be ministering to my soul throughout this time is country superstar Kelsea Ballerini. While we as a site have reviewed both of Kelsea’s albums kelsea and ballerini, as well as having blogged about her last year as well; I can safely say that Kelsea’s music on the whole is near-flawless, brilliant, exemplary, inspiring and thought-provoking. Fast forward to now, and we are blessed to hear Kelsea’s latest single “Heartfirst”- a poppy melody serving as the lead single from her unnamed album releasing something this year. And as we hear a seemingly innocent pop song with hardly any references to anything deep and meaningful; a deeper listen reveals to us a well thought out track and a song that is comforting as it is confronting.

Kelsea’s ‘brand’ of country music isn’t in the traditional sense- compared to artists like Reba, Dolly, Martina McBride and Shania Twain. However, her bubbly, fun, happy and cheerful persona is not hard to love- and even if her songs aren’t that country, they’re still songs we can enjoy and songs that do have something meaningful to glean from. That’s certainly the case with the melody “Heartfirst”. On the surface, this song is about a one-night stand. Yet a deeper listen reveals that the persona wants to commit to someone but doesn’t know how. As Kelsea reminds us that we will never know the future unless we step out in faith and take a risk, this melody encourages us all, especially single people, to take a chance on our dreams and what we deem as important and essential to who we are as people. This song is seemingly about single people taking the leap and trying out the dating scene- but this song can also extend to people who are stuck in a rut in life- Kelsea encourages us all to take the leap and take that first step and jump in with our hearts first instead of our heads.

It’s all about just following your heart (and) trusting your gut. I really believe that nothing great happens in life unless you take the risk and you take a leap of faith, and that’s what this whole song is about.

I chose ‘HEARTFIRST’ as the first single off the new project because I feel like it just sets the tone for everything I’m working on right now. It’s very warm, very breezy-feeling, very settled. That’s kind of the tone of the whole project that I’m working on, and I feel like ‘HEARTFIRST’ was the first step into that new world. (My) favorite lyric in ‘HEARTFIRST’ is probably, ‘only the moon knows what’s in the stars,’ because I feel like that kind of shrinks down the whole song to just that one little lyric of just, that’s the chance. You have to take it. You never know what’s gonna happen unless you try

Kelsea Ballerini’s latest pop/country single doesn’t really revolutionise the country music genre, or the pop music genre for that matter. Nor are her songs super, super country- dare I say that this track seems to be more pop. But there’s something about Kelsea’s songs, this one included, that make me revisit them again and again. Maybe it’s Kelsea’s passion or the fact that it seems like she’s being super honest. Maybe it’s her fun demeanour that shines through, or maybe it’s because these songs make it seem like Kelsea’s one of the rare genuine people in the music industry that are actually happy. But whatever the case, if you were like me before and not a fan of country music whatsoever, I reckon that Kelsea’s new albums kelsea and ballerini (and this new single “Heartfirst”), will make you a fan. It certainly has for me; is there anything more I need to say? So shall we say that Kelsea may be a young Carrie Underwood in the making? From the looks of the past few albums and songs, she may be well on the way!