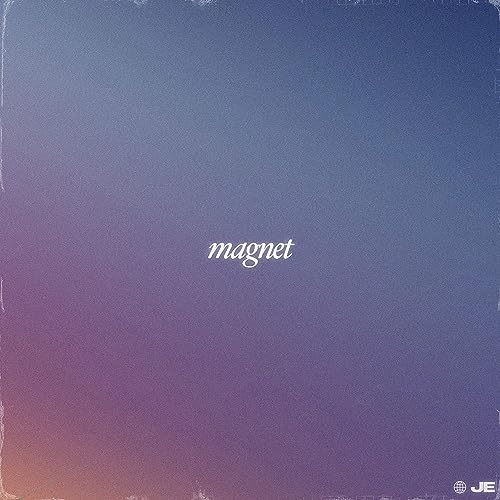 Jillian Anita Chapman. Professionally known as Jillian Edwards. An American singer-songwriter primarily drawing from the genres and musical realms of indie folk/pop. Wife of Will Chapman, 1/3rd of indie band Colony House, and son of CCM powerhouse singer-songwriter Steven Curtis Chapman. Jillian’s career thus far has included a myriad of EP’s- her most recent one was Meadow last year, reviewed here for the site. With Jillian being one such singer-songwriter to look out for in the upcoming months ahead, she’s been on the music scene since 2009, with her powerful melodies and vocals reminding me of artists like Ellie Holcomb, Bethany Dillon, or Lindsay McCaul, which is what I believe will propelled her and her most recent album Meadow into being one of her most musically enjoyable and stylistically capturing album in her career to date. Now back in 2021, with a new musical offering called ‘Magnet’ (after her collection of EPs as well as her highly successful and well-received 2016 cover album aptly titled Covers), this singer-songwriter is mature lyrically and musically beyond her years, making this new song one of 2021’s best-kept-secrets, alongside others like ‘Years’ (Sarah Reeves), ‘What the Stars See’ (Cassadee Pope), ‘Expectation’ (Elias Dummer), ‘Girl Who Didn’t Care’ (Tenille Townes) and ‘Scars in Heaven’ (Casting Crowns). ; to name a few. Using her ethereal voice and acoustic guitars and keyboards to bring her songs to life so that they are to be enjoyed by lovers of CCM, mainstream or both; this new song just released is a reminder of her ever-present and constant faith that she has, expressing her own beliefs in a way that I’m sure even non-believers can enjoy this type of music and not feel threatened, in a way. ‘Magnet’ is a great way to begin a lazy day if you’re not working, a song to add to a collection of Jillian Edwards songs to play on the weekend, and a reminder that Christian music doesn’t always have to follow the same radio format all the time. ‘Magnet’ delivers the theme of finding hope and joy in Christ, and us being the conduit of that to people around us, being a magnet that draws us to God’s love wherever He goes- Jillian herself gives people a platform to launch from as ‘Magnet’ strikes the heart of what being a magnet really is in people’s lives who so desperately need the love of Christ that we can freely give.

Standing at a bit over 4 minutes, ‘Magnet’ is a reminder that we are not the centre of the story that we can often believe that we are. Christ is the hero, Christ is the mediator, and we are just coming along for the ride- this is not the story of our lives and what we want to do, but rather, what we should do in light of Christ’s sacrifice to us, is that we offer up our lives as a way of saying that where He goes, we’ll be as well. His will be done, and not ours. It’s a great humbler, to know that we’re not always the centre of attention, and it’s good to know that in light of what’s been done for reconciliation between God and man to even happen in the first place; we ought to at least surrender our lives to a God who’s been pursuing us to come back to Him, all our lives. This notion of being a magnet is metaphorical, and still effective- as Jillian imparts this understanding that a magnet can’t help but go wherever the magnetism is (and as we as followers of Christ who can’t help but go where God is prompting us to be in certain situations and circumstances); we are given confidence that ‘…in you my joy is found, in you my hope is found, in you you peace is found, I’m drawn to you forever…’ A song that’s continuing to climb my list of favourite songs of 2021 so far, Jillian’s delivered this out-of-the-box single for the year of 2021, where things aren’t as settled as we once thought it was going to be, after such a difficult 2020.

Jillian’s new song is definitely worth the listen and purchase (if you enjoy artists like Bethany Dillon or Sixpence None the Richer). Highlighting the singer/songwriter/acoustic genre that can often be different and therefore shunned compared to the relatively popular CCM; ‘Magnet’ is a great from-left-field track that has skyrocketed into one of my favourite songs of 2021 thus far, as this song is delivered from an honest, transparent, and heartfelt individual. Jillian’s work is overlooked and underappreciated- nevertheless, Meadow and now ‘Magnet’ has given me hope that her songs can at least reach whomever I believe God wants to reach in the upcoming weeks ahead. Jillian’s career from 2009 has, in my opinion, reached a point where her music is certain to bring her to newer heights with songs that showcase her central faith and her assuredly firm stance on her beliefs and where the stands with the creator, regardless of what happens through the circumstances in the midst of the created. Well done Jillian for such a powerful and heartfelt song of reverence and awe, this is arguably one of 2021’s most impactful, and a hopeful nomination (maybe for Meadow) in the next instalment of the Dove Awards (for the category of Inspirational Album of the Year), whenever that arises!