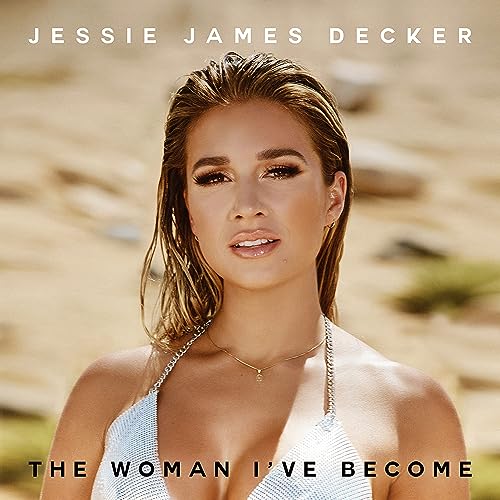 During the height of the pandemic, or even now when it seems as if everything is becoming back to ‘normal’; I’ve found myself drawn to music that is more laid-back, chill and with a happy, positive and optimistic atmosphere. That’s not to say that I don’t enjoy a good reflective and contemplative tune now and again, that gets you in your feelings; but more often than not, I have found myself going back to upbeat songs that get your heart pumping and your toes tapping. Ever since 2019, since Jon and myself have been embarking on the blog series about influential artists of all time; I’ve discovered the beauty and the wonder of many different types of music that I generally wasn’t aware of- and no doubt I have been blessed and inspired by artists whom I may not have intentionally listened to had it not been for this blog series. So though upbeat and positive Christian pop was mostly what I consumed in the times when I was feeling down, recently, and especially during the pandemic, I’ve been diving into pop, country, adult contemporary, soundtracks, even opera… as I’ve taken many risks and learnt more about music as a whole and about my own preferences, likes and dislikes that I never knew I had. There’s a whole world out there beyond CCM; and though I didn’t know it was possible, I’ve since learnt that God can use anything to encourage and inspire us. And I do mean… anything. And thus, when I first heard of Jessie James Decker’s latest EP The Woman I’ve Become which release around about a month ago, I decided to check out the release. Jessie isn’t a household name, but her rendition of “Breath Of Heaven (Mary’s Song)” is so sublime and near-flawless… and thus I decided I had nothing to lose by checking out this project. The result is one of the most inspiring and moving EP’s of this year. If you read through our reviews, maybe with a fine-tooth comb, you will find a positive assessment on a number of country albums like Lady A’s What A Song Can Do, Kacey Musgraves’ star-crossed, Tenille Arts’ Girl To Girl, Cassadee Pope’s Thrive, Scotty McCreery’s Same Truck, Carly Pearce’s 29: Written In Stone, and Lauren Alaina’s Sitting Pretty On Top Of The World, to name a few. Jessie James Decker’s The Woman I’ve Become carries on with this trend of hopeful, thought-provoking and compelling country albums releasing around this time- and though the lyrical content is about relationships, I reckon these tracks are hopeful and meaningful to everyone, as God reveals to us truths about ourselves that are comfortable and uncomfortable.

The Woman I’ve Become is unlike any record I’ve ever created. It’s a true transition from the young girl I was to the woman I have become. I’ve never been this vulnerable before. I think life changes and growth have made me confident enough to show that vulnerable side.

As I’ve mentioned previously, the pandemic has been the great leveller, and as such, I’ve found positive music being extremely enriching for my soul at the moment. Jessie’s EP is as positive as they come… well, musically at least. EP opener “Not In Love With You”, contrary to the bulk of the EP, is a reflective, acoustic type piano led ballad, whereby Jessie sings to her ex that she isn’t in love with him and that she has moved on somewhat; and as Jessie admits that she is working on her own issues after the split (fictitious split, because in reality she and her husband Eric are both happily married and with children!), we are inspired to actively take steps to work on ourselves more instead of being dependent and reliant on someone else. “Tell You Enough” is a groovy, laid-back bass guitar driven country melody that has Jessie championing for her husband, letting him know that ‘…you’re perfect, you still give me that rush, heaven knows that I don’t tell you enough, I feel fire, every time that we touch, and I know that I don’t tell you enough…’; while “Should Have Known Better” is a fun, sassy, no-holds-barred pop/country melody about moving on from heartache and unpleasant experiences, in this case an ex who didn’t treat you right (again, this could be a fictitious ex from Jessie, or a real-life ex from long ago).

“Dance With Someone Else”, a breezy, easy-going piano ballad, was written by Tenille Townes for her album, however the song didn’t fit, and hence Jessie sung this song instead. Lyric-wise, the melody speaks about a couple that broke up not due to any one circumstance, with Jessie eloquently singing to the ex, words of hope, inspiration and encouragement, crying out ‘…nobody cheated, nobody lied, if this is where the sun sets on us, at least we know we tried, this part ain’t easy, it’s hard as hell, but I hope the right song comes along, and you dance with someone else…’. It’s a ‘wish you well’ type of song, and a track where the person actually means it, rather than a sarcastic go at someone- and though this song somewhat is melancholy, the track still is honest, vulnerable and sort of comforting and healing as it closes a chapter on a relationship, and opens another page for the possibility of something new. The title track, another rare ballad here, is as emotional as it is personal, with Jessie singing to her absent father, eloquently letting him know that ‘…you never came to Denver to watch me fall in love, you never come to tell me you were proud of who I was, you never asked, but I forgive the past and all the things you left undone, ’cause that’s the woman I’ve become…’; while “Girls Like To Dance” was written by Maren Morris, is a love song, and an ode to her husband, praising him for his confidence and his love for her. The Woman I’ve Become then ends with “I Need A Man”, a melody whereby Jessie sings about she is strong, confident and independent, but also needs a man, someone to share life together with. A track that speaks about all of our own needs for companionship and relationships with other people, “I Need A Man” on the surface sounds super clingy, but a deeper analysis reveals a need for love, acceptance and true friendship from someone from the opposite sex.

I’ve definitely seen that after he [Eric] retired, the flip was switched, and he has been all in with me. He sits on all of my meetings – at my touring meetings, he asks numbers and budgets… he really gets in the nitty-gritty. I mean, he is truly on my team. I just trust him with everything, and it is so good to have such an amazing support system.

I have been waiting to figure out new music since 2017. I feel like it is the most vulnerable I have ever been before. So, I’m really excited for everyone to hear that side of my songwriting. I have always written songs that were so true to myself in every scenario. From being in love or feeling like I wanted it to be super empowering to women.

This time around, I think the growth and the transition into the woman I have become doesn’t always have to be my story. I wanted to sing songs for those that don’t have a voice or are going through something. It is my job to be their storyteller.

Definitely expect a full-length album from me [in 2022]. They do things differently these days… it used to be, put out a single or two, and BAM comes to the album. They really like to chop it up these days. So, I’m still getting used to it, because I’m so old school. They wanted to put a little batch first and then put out a second batch, which means I actually get to put out probably even more songs that I would have on a full-length album.

Jessie James Decker isn’t an artist that you’d necessarily recognise. However, in my own opinion, she is vocally brilliant, technically sound, and makes us feel deeply and relate immensely to her music. The Woman I’ve Become is a release that really shouldn’t interest me- given it’s about relationships and love, and I’m still a single guy. But God speaks through the weirdest and most left-field, of which Jessie’s EP is something from left-field indeed. An EP that speaks about moving on from toxic relationships, forgiving those who hurt you, and praising the ones who love you; Jessie’s batch of new pop/country songs are food for the soul, and are songs that can and should get you up in the morning. An artist whom I need to backtrack and delve deeper into her discography; Jessie’s time to shine is right now- and judging from this EP, she has a bright future ahead of her. Well done Jessie, I can’t wait to hear what God has in store for you next!

3 songs to listen to: Should Have Known Better, Dance With Someone Else, The Woman I’ve Become