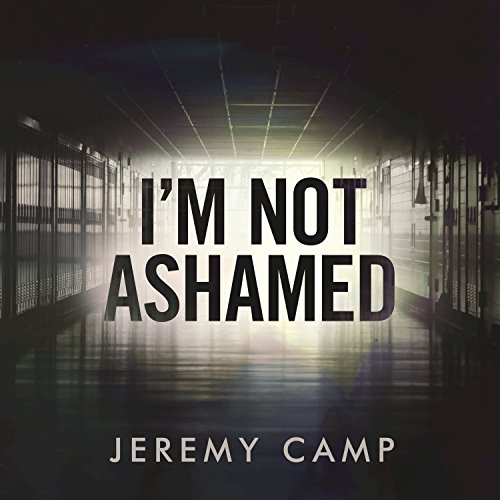 I’m Not Ashamed released recently. Yes, the song by Jeremy Camp, but rather, I’m talking about the title of the movie, you know, the one that is based upon the life and death of Rachel Scott, one of the fatalities of the Columbine school shooting massacre way back in 1999? I’m Not Ashamed is an autobiographical movie, based upon the writings of Rachel herself during her final years of her life. And while what happened during the Columbine massacre will forever be a touchy subject for so many, we have artists like Jeremy Camp (and Abigail Duhon) who release songs like “I’m Not Ashamed”, indeed based upon the movie that was initially released to theatres, and then we’re to contemplate. We know for sure that this movie has the power to become one of the most talked about, and one of the most impactful movies of the year (alongside the sequel God’s Not Dead 2 and the new Joel Smallbone led Priceless). With the movie about the true story of how a young woman literally died for her faith in Christ in a public-school setting, we are met with the companion of sorts, a song that shows us everything the movie is trying to portray. Yes, I know this song, movie and throwback to the time when this event rocked both the sacred and secular parts of society, is sure to create and dial up more feelings about schools, faith, sharing of it with people in public and the rest of it; nevertheless, Jeremy’s song, while a rock anthem compared to Abigail’s ballad of the same name (indeed they are titled the same, but they are completely different tracks, both recorded especially for the movie), is what I reckon is needed for us to have the conversation of faith again.

Having the topic and discussion about faith isn’t necessarily an easy one. It never is. But on a day in 1999 at Columbine High School, the world changed as we all knew it. I don’t need to reiterate what happened that day. Everyone knows. And even if you don’t, I’m sure Google can be your friend when you find out information about that fateful day. What I will say is this- “I’m Not Ashamed”, the song, is a testament of faith, and while it is the theme song of the movie of the same name releasing in October 2016; Jeremy has given is a timely reminder- if we’re faced with the same decision that Rachel made way back, would we declare and stand boldly, that we aren’t ashamed of the gospel of Christ? Because that’s what it is when it comes down to it- are we willing to state to the world publicly what we have declared in our hearts privately? An anthem for every Christian, it is the words of the chorus of the song that strike me the most- ‘…I’m not ashamed, I’m not ashamed, I will hold up high your name, I’m not ashamed, I’m not ashamed, this is where my faith gets brave, even if it costs me everything, I will stand and boldly sing…I am not ashamed…’ Are we willing to be the salt and light of the world, even if it means we end up like Rachel on that fateful day? I know this is a tough question to answer…but then again, it isn’t. Because if we’re certain of our faith, then speaking up about it shouldn’t come to anyone as something that we need to think about. Because of what we know is true, are we willing to stand up, knowing full well of every consequence if we do?

This does sound like an exposé rather than an album review (or in this case a song review). But this is what I think- “I’m Not Ashamed”, the song, delves into the heart and the crux of what the movie, and in turn, what Rachel’s life, wants to portray to us. Behind all the powerful drums and strong drum presence, the power vocals and the emotion, comes a question we all need to answer- are we ashamed of Christ, or are we not ashamed to declare to everyone that we have found the peace that passes all understanding, the hope that gives us a comfort unexplainable, and the love that allows us to love even the unlovable? The song just released last week, and already it has become one of my favourite songs over the last few months. It challenges you, and makes you think- am I comfortable in my own brand of Christianity? Is God calling me out from where I hide behind? Is He challenging me to live out each day boldly and intentionally?

There’s nothing much more to say about a song that I believe speaks for itself. Even though I enjoyed Abigail’s version of a song that is dedicated to Rachel Scott much more than Jeremy’s, this track “I’m Not Ashamed” is nevertheless a good song. And while Jeremy is no longer with BEC Recordings, it is this song that released in October that makes me nostalgic, that this song is what I reckon many of his songs would sound like if he didn’t part ways with what I reckon is one of today’s most underrated Christian music labels. “I’m Not Ashamed” reminds me a lot of BEC Recordings- in a good way. It is a reminder to us to be called into action, knowing full well that once we declare these three words, our lives will change forever. Well done Jeremy for a song that I reckon will change many lives, can’t wait till when the next album releases!

3 songs to listen to: This is not an EP, but rather a review of just the single