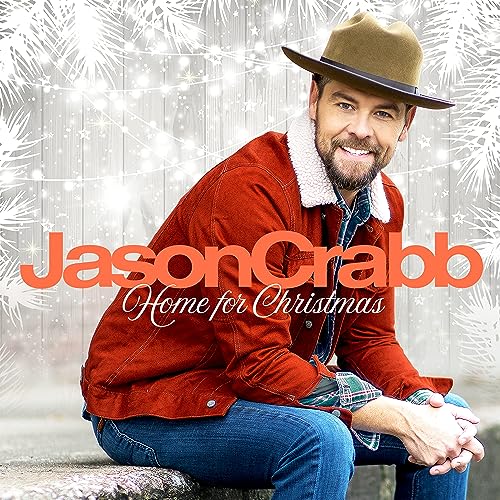 Jason Crabb, the high profile and respected southern gospel singer, who expanded his niche market and music genre into CCM in 2015 with the much popular and loved Reunion Records debut album Whatever The Road; came back to his roots with the 2018 project Unexpected; released by Daywind Records. True to the album title, the record really was and still is unexpected, as I never heard of the development and recording of a brand-new album from Jason, however this out-of-the-box album was surprising in a very good way. Though Jason has become famous throughout the years via recording southern gospel as part of The Crabb Family (from 1996-2007), and seemingly departed from gospel to record CCM in 2015; this new project married the best of both worlds, as we were blessed to hear in my opinion Jason’s strongest and most cohesive project to date. Featuring a couple of power ballad anthem duets with Gary LeVox (“You Chose To Be My Friend”) and Kaya Jones (“Let It Be Love”) (which are a couple of my personal album favourites) as well as a cover written by Michael Boggs (“Short Are The Years”); Unexpected faithfully encapsulated a wide variety of genres, and still inexplicably sounds like Jason Crabb, so I guess for all of you guys who love southern gospel, you don’t have to be afraid or apprehensive of this new project. And even if you haven’t listened to gospel or country before, or The Crabb Family, or Jason’s previous solo work, Unexpected is well worth a listen, as we discover some well thought out melodies and praise Jesus because of who He is! Coming back to his roots in southern gospel, while maintaining his newfound love of CCM, Jason’s efforts in Unexpected need to be commended!

Yet we’re not here to talk about Unexpected. In fact, you can read that review here… but now it’s time to listen and voice our opinions on Jason’s latest EP. A 3 song Christmas project called Home For Christmas; songs about Jesus’ birth and songs about the holiday season, is just what we need especially during this time of Omicron. When the world is upside down, calamitous and chaotic and we don’t know what to do; turning to Jesus and singing praises to Him because He was born and He was born to save us all from our sin,  is something that should and will bring us comfort, healing, reassurance, encouragement and hope. And Jason Crabb’s EP, albeit brief, is a Christmas release that stands tall amongst all other holiday releases this year- yes even at the same level as albums from Pentatonix, Matthew West, Kristin Chenoweth and Zach Williams. “Being Home For Christmas”, the EP opener, is an original melody which was co-written with Caleb and Jordan from Consumed By Fire. With Jason singing across a jazz atmosphere and a laid back and reflective vibe; we are presented with someone longing to be home with family and friends during Christmas time. And it is then when we realise that Christmas isn’t about the presents. It is about the presence of Jesus and celebrating Him being born in a manger… but as Jason reiterates here, it is infinitely better to celebrate Jesus’ birth surrounded with those you love and care about, rather than when you’re alone. Christmas is about Jesus, but it is about family and friends too. “Mary Did You Know?”, the underrated carol and reflective piano ballad written by Mark Lowry, is beautifully recorded here by Jason, as he eloquently sings about everything that Jesus would do later on in His life that would save us all from sin, hell and ourselves; while Home For Christmas ends with the heart-warming, comforting, contemplative piano ballad “Who could’ve Dreamed”. An original that asks the question of whether we could’ve dreamed or known Jesus would be all that He was prophesised to be and more, had we been there at the time of His birth (short answer, we wouldn’t have dreamed that Jesus would be significant at all!)); Jason earnestly and fervently reminds us of the importance of Jesus Christ, and encourages us to lean into Him this Christmas, as we gather together despite rising COVID-19 cases.

When I signed to Red Street and Jay asked me what I wanted to do, I told him a Christmas project was one of my dream records. I’ve been doing music for a while now, and you hope and pray for something that helps define your legacy. I think this Christmas project is that record for me. These are the songs I hope my grandkids will grab hold of and be proud of what Grandpa did.

I was so honored to work with Tim Akers again, and this was his last project. He was a friend and we’d collaborated before, but this time was special. Tim was producing and arranging the strings for the record when his leukemia came back. He even sat in the hospital in his last days and worked on the music. Nashville lost an amazing talent in Tim, and I really want this record to honor his life. We love you, Tim.

As the official follow-up to Jason Crabb’s Unexpected; Jason is anything but new to the CCM industry, and he has shown us once again his durability, and versatility as an artist, as well as his undeniable passion for Jesus. The two original Christmas songs and the one carol may not be enough for Crabb die-hard fans to fully appreciate and love- they may be longing for a full length Christmas album! But this EP nevertheless shows us that these songs, such like “He Knows What He’s Doing”, will be durable and timeless in the future, given that Jason is singing about eternal biblical truths, and also because Jason creates such a powerful presence vocally no matter what he sings. With Jason on these three melodies, excelling at almost all aspects; these holiday tunes are what we all need to listen to, to be reminded of the everlasting power of Jesus’ love. Well done Jason for such a lyrically strong collection of songs… even if it’s only 3 tracks. Can’t wait for the next full-length studio album of all original songs, whenever that arises!