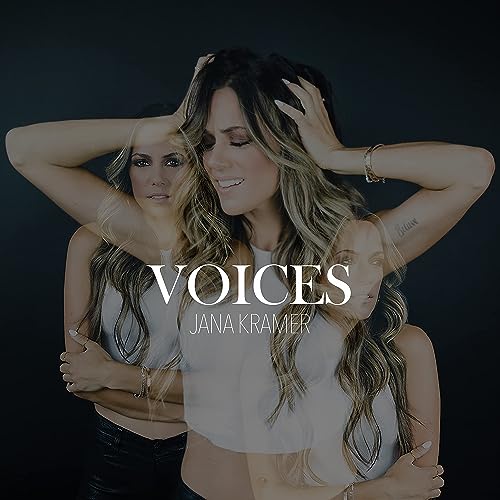 Here’s a fact I never thought I would report… or at least any time soon. Country artist Jana Kramer and Mike Caussin are no more. The pair divorced this year… and to me I was sad. Not that I want to keep up with the dating lives of celebrities (because that’s just living vicariously through someone else!); but as I blogged about Jana last year, and concluded that one of the predominant reasons why she’s considered by me (and by Jon!) to be a rising star and soon to be influential within the next few months and years, is that she and Mike have overcome so much in their marriage, and that they are inspirational in ways beyond music and acting; this dissolving of their marriage came as a bit of a shock. But now that as we hear how toxic of a marriage Jana was in… does this mean my blog is null and void? The piece of writing which placed their marriage on a pedestal? In some ways, yeah, probably; but in other ways, no it’s not invalid. Jana’s still impactful and inspirational for her music and the lyrics that still ring true for quite a lot of us… and this sentiment of Jana having always released authentic and vulnerable and honest music, extends to her brand new single “Voices”. With the song having released this past week, and perhaps this song and others (like “Beautiful Lies”, “Good Enough”, “Untouchable” and “I’ve Done Love”) being present on Jana’s 3rd album, whenever that may release; “Voices” speaks about us believing the voices in our heads, and then having the courage to stand up to the negative voices and to only believe the positive ones. It’s a melody that is refreshing and is about more than feeling stuck in abusive relationships… but the song also speaks about self-worth, identity and believing in yourself more actively than before.

Reflecting on today…I honestly don’t have all the words. I have had so many different waves of emotions today. I was proud …To get to top THREE on all genres chart and not on a label is a really hard thing to do so I’m emotional that the hard work paid off. I felt strong… that after the last few years I am still standing, and that even though I feel so broken and lost at times I’m still standing and I still believe. But mostly today I felt so much love. It makes my heart so happy knowing y’all have connected with this song so much. I know it’s hard to fight those negative voices in your head…I fight them everyday…. But here is the truth….you are worth it, you are enough, you aren’t broken, and you SHOULDN’T GIVE UP. Keeping fighting those voices in your head…you are not alone.

The voices in my head….I’ve been mentally physically and emotionally abused in past relationships. I allowed certain behaviors to continue on because I actually believed the negative voices in my head that were spoken to me. “No one will want you”….”you’re the problem”….”I’m going to kill you”…..”I barely pushed you, don’t be so dramatic”…”you bruise easily , I hardly touched you, you’re crazy”…if you wore something sexier I would sleep with you”…. “You are the common denominator”…. All the words, and abuse equaled, I’m not enough. And I’m not worthy of love. For years I’ve repeated patterns, fallen into the trap of believing those voices, hurting myself and hurting others because of my desire to be chosen, to be enough. And I’ve fallen for the same abuse in a relationship because it’s what I thought I deserved. My healing…your healing…our healing is to stop those negative voices. Now is the time to grow, learn, HEAL, and love ourselves. We are enough. You are enough. I am enough. “I’m done with voices in my head”. Let’s choose to believe the positive voices.

With the track being a pop/country tune that is super inspiring and powerful… I don’t think that there is much more to say about the track than what is already said above by Jana herself in the two Instagram posts. With the song similar in theme to Switchfoot’s “Voices”; we are met with a track that comforts, provides healing and hope. And as Jana rebuilds and prepares for life in this next season, let us all remember that as life gives us lemons… that doesn’t mean it’s the end of the world. We may think we’re worthless and unlovable. But I firmly believe the only opinions we need are those of our family, friends, ourselves and God. With dependable and loyal people by our side… can’t we conquer the world? Thank you, Jana Kramer, for reminding us that we are loved and we are cherished and we are valued. I can’t wait to hear what God has in store for you next! Album #3 soon?