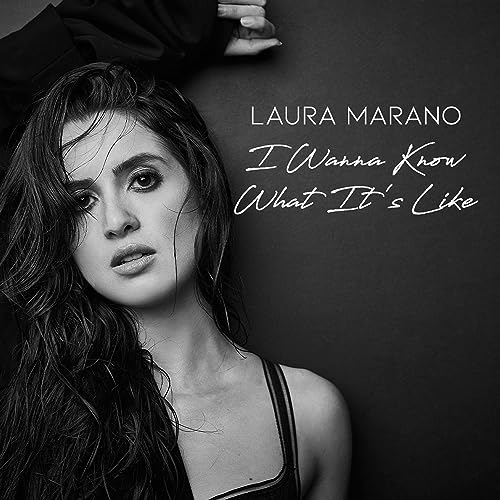 Laura Marano. Sister of Vanessa Marano, who’s an actor famous for her role in Switched At Birth. An artist in her own right, but someone who is relatively new enough, that I myself didn’t even know she existed, or even was popular, even a year ago. I reviewed Laura’s EP YOU in February this year, and I was so inspired and moved by the songs, particularly “Something To Believe In”- and it got me thinking: is it the song that is enjoyable, meaningful, inspiring, poignant, confronting and honest, that draws us into an artist that is relatively unknown… or does the artist need to have some semblance of popularity before they’re recognised and loved and adored? Laura’s popularity has definitely been somewhat influenced by her sister’s… so doesn’t this mean that the ‘real unknown artists’ won’t ever have a chance? In the industry it’s more ‘who you know’ than ‘how good you are’… but in the case of Laura’s music, she is actually quite good. And though her music is decidedly pop, the EP YOU from October last year was hopeful, captivating and powerful… and so here we are in September 2021; and Laura has dropped her new single “I Wanna Know What It’s Like”.

Subject matter-wise, the lyrical content and themes from “I Wanna Know What It’s Like” speak about a whole wide smorgasbord and spectrum of issues. On the surface, the danceable pop song seems to be a sweet song whereby the persona is dreaming of having sex with someone else- and this is sung in the most tasteful way possible. Yet a deeper listen reveals to us tons of insecurities in the persona. The song on another level seems to be Evan’s longing for Zoe in Dear Evan Hansen; and with the melody reminding us that the persona is alone, with their mind out of control… well we’re talking about an unrequited love here. And this song ‘deals’ with the issue in a pretty open-ended way. The song poses the question of ‘…I wanna know, I need to know, why when I’m with you, I’ve been getting confused, but I wanna know, I need to know, what I’m supposed to do when you walk in the room…’, but never fully resolves how we are to ‘get over’ and overcome our crush. And with the song being so open-ended, we can take the track two ways. Either we man (or woman) up and tell the other person our feelings, or we find an outlet to let our feelings out in a non-destructive way. Either way, the song reminds us that bottling up our feelings isn’t healthy… and this track could be the catalyst into changing our own world in a really profound way.

Laura Marano’s music isn’t that flash- it’s musically quite quiet and reflective and moody. It’s still pop though, and this song sets out to prove to us that you don’t necessarily have to be a big name for your music to resonate. And with the EP YOU speaking about self-worth and identity quite a bit; we are encouraged to look inwards as well, and think about our own dreams and inspirations.  And though Laura’s music may not ever be popular as heavyweights like Selena Gomez, Demi Lovato, Dua Lipa, Taylor Swift, Halsey, Camila Cabello, Little Mix and Zara Larsson (to name a few); YOU (and “I Wanna Know What It’s Like”) are both diamonds in the rough, a gem of a needle in a needle of haystacks. A name that hopefully will be on everyone’s lips in the coming years. So let’s jump on the bandwagon now, don’t you think? Well done Laura, I can’t wait to hear what’s next for you in the upcoming years!