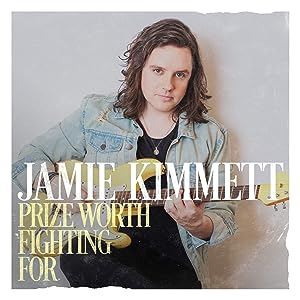 I didn’t find faith in Jesus Christ until 2009 in my 20’s and the desire or- a ‘calling’ if you like, to make Christian music came quite a few years after that! In 2015, I was living in London and was a pastoral assistant with a church there, but on Saturdays, I would busk in front of Big Ben to pay rent and put food on the table! I’d sing four hours of pop covers and the last hour I’d sing about Jesus. I didn’t make much money singing about my faith but found great fulfilment reaching people with the Gospel that last hour. As time went on, every week I’d just be so excited to finish the pop stuff so I could get to worship. It got to the point where I didn’t want to do the pop stuff anymore but I had to pay my rent. The next week, instead of launching into pop hits, I decided to pray about it and I heard God say, ‘Seek first the kingdom of God’(Matthew 6:33). That was a huge moment for me. So I played some Christian songs I had written instead and people seemed very moved by them. Within three hours, there was also more than 600 pounds in my guitar case! Double my usual take! God was nudging me, big time, to do Christian music! He provided. Strangers kept coming up and saying things like, ‘serve God with your music’ and handing me 50 quid notes, all the while the scripture to honor God first was burning inside! I decided to pursue Christian music in that moment, the moment my music and faith come together, and that’s how God called me to make Christian music.

This above paragraph/quote is by Jamie Kimmett, newest artist to the Provident Label Group artist roster (housing other big powerhouse CCM artists like Matt Maher, Matthew West, I AM THEY, Casting Crowns, Tenth Avenue North and Zach Williams, to name a few). Borne and bred in Scotland (I don’t believe we’ve had a CCM artist out of Scotland in a while- Delirious? and Philippa Hanna are out of England, while both Tim Hughes and Matt Redman are also from the British/U.K. area; Rend Collective are Northern Irish); Jamie Kimmett’s solo EP is one of a pleasant and new surprise coming out of 2019 thus far. A new-ish Christian (Jamie found Christianity and God in 2009), Jamie’s fervent passion and pursuit of music that first glorifies God and also allows us to delve into issues otherwise not really spoken about in the church today, is what I reckon sets him apart from the other newer artists in CCM, today. And also he’s not from the U S of A. Which is interesting. Not to discount any passion or fervent intentionality from CCM in the U.S., it’s just that people outside of the country with 50 states seem to have a different outlook on life, issues, circumstances and maybe even God Himself, and thus provide us all with a different and welcomed perspective as we have a glimpse of life across the pond. Jamie’s 6 song EP is a must if you love the folksy singer-songwriter/CCM atmosphere, akin to similar artists like OneRepublic, John Mayer and Tenth Avenue North. From the rhythmic and soulful aspects of ‘Prize Worth Fighting For’ to the honest and frank ‘Jesus on the Radio’, this acoustically driven set of 6 songs is sure a bright and promising start for one of the most unique and surprising (in a good way) new artists of the 2018/19 period.

‘Prize Worth Fighting For’ is one of the standout songs on this EP and was released earlier on during the year as well. As Jamie himself delves into the story behind the song, we are met with an honest and personal account as to why the song is so special to him- ‘…”Prize Worth Fighting For” is about holding on to your faith no matter what because we have a hope that is bigger than our circumstances and God is worth the suffering we experience. As Christians travelling through this fallen world, we know we have a destination beyond this world: a place in glory with our Creator. [Being a] Christian isn’t easy! Just ask the 12 disciples of Jesus. They all ended up being martyred or dying for their faith. Three years ago, I was really struggling and tempted to give up. I wrote the song to encourage myself to keep going and to pray to press on. My best friend Lorna Farrell who co-wrote the song also recently became disabled, so a lot of her pain and, ultimately, her hopes are in the lyrics, too…’ The song itself- us realising that Jesus is the prize that we have to press on through the hard times towards, understanding that every trial we face is going to be worth it when we realise that the grace, love and the overflowing and unending peace given to us by Christ far outweighs what we face, good or bad. ‘Love Your Neighbour’ has Jamie channelling his inner Michael Jackson voice and swagger to deliver a rousing and stirring anthem of loving our neighbour as evidence that we have been changed and impacted by the love given by God Himself, that people will see the change in us by how we love others; while ‘Burdens’ slows down the pace a little as Jamie delivers his soulful Tauren Wells-esque voice to what was the first official release on the EP as a promotional single. As Jamie imparts the theme of laying our burdens down at Jesus’ feet and finding the freedom that comes with it, this modern-day hymn is a nice and fitting end to this moving and soul-stirring EP.

The EP also throws to us opener ‘Jesus on the Radio’, as we can be forgiven to think that it is Royal Tailor (aka Tauren Wells) singing on the song. Driven by hand claps and other unique and interesting acoustical undertones, Jamie imparts that it doesn’t matter where he goes, only that he has Jesus on the radio, and everything is ok- a metaphor in regards that now in this technological culture, the radio (either through Spotify or any other digital means) is at the click of a button, and thus, Jesus, or CCM, or music about the gospel, is also a click away. A reminder that Jesus Himself is also a ‘click’ away through prayer, church gatherings, fellowship with other Christians, and the like, as well; ‘Jesus on the Radio’ moves into ‘Down’ the second track, and while with good intentions, the song itself suffers from repetition, and a melody similar and akin to a refrain from Bethel’s ‘King of My Heart’. The message of the track is paramount to today- God never letting us down no matter what we think, except I’ve felt this song and theme was done before by other artists. Nevertheless, ‘Down’ in all it’s acoustical nature is still easy-listening at worst and at best maybe giving listeners an avenue into Jamie Kimmett the artist so they can check out his other songs. ‘Since I Met You’ is the remaining song on the EP and with an autobiographical flair, is the musically different and diverse song on the EP. Upbeat and enthusiastic, Jamie shows us the change inside of him because of Christ- ‘…got a brand new song playing in my soul, heart so full that it overflows, everything’s painted in a shade of new, ever since, ever since I met You, all my sin’s lying in the grave, my debt is gone and the price is paid, I will never, never be the same, it’s true…’ One of my favourite songs on the EP, well done to Jamie for this well-rounded EP full of songs of life and the complexities of it, all with the undertones of acoustic guitars, a reminder that a song can still be good even if there’s no electrics or grandiose sound attached to it.

‘…in terms of the sound, it’s hard to put into words: soulful, rhythmic, Christian Pop would be about right for the most part. I have a very unique guitar style mainly because I’m self-taught and listening to Michael Jackson, Stevie Wonder and guys like John Mayer on repeat have made me a very rhythmic and percussive player. I also wasn’t really in bands much. I never had bass players or drummers. So I would end up hearing those parts in my head and just playing them all on my acoustic. In terms of the message and style, I love to tell stories especially about my faith journey. My love for Jesus is a central part of my music now. I love to write music that brings people to Christ and create songs born from the truths of the Bible–the reason being that it is God’s word and spirit alone that can change a person’s life. Also because He has been so good to me…’ It is with this quote above that I leave this ‘review’ and impart what is a unique style of music Jamie employs in his- fusing together the likes of Stevie Wonder, John Mayer and Michael Jackson…all by a young man from Scotland of all places. Never before in CCM have we seen an artist heavily influenced by the styles of Michael Jackson (then again, there’s Royal Tailor and Tauren Wells, so I guess, another CCM musician influenced by one of the greats isn’t a bad thing)- and the result is this uniquely different and equally challenging EP, full of hope, life and vigour. A must have if you love Royal Tailor, John Mayer, Tauren Wells or Michael Jackson himself, well done Jamie for these 6 songs, can’t wait for the full length whenever that arises!

3 songs to listen to: Prize Worth Fighting For, Jesus on the Radio, Since I Met You