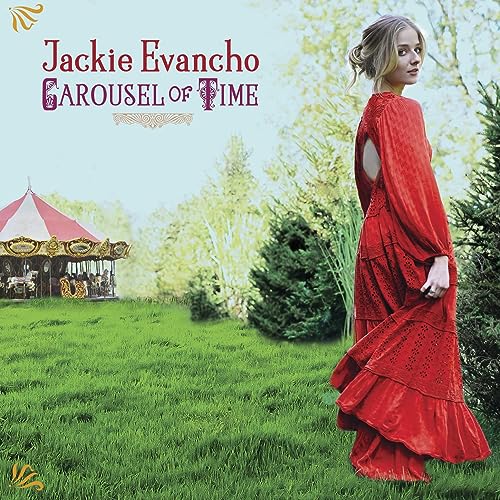 Jackie Evancho has been in the music business for a very long time. Ever since being the runner-up to America’s Got Talent way back in 2011, it’s been her ability at such a young age, to fuse together classily and powerfully, opera and pop into a hybrid genre of operatic pop (a musical genre that someone like Josh Groban would be more familiar and akin to). While Jackie herself isn’t necessarily as popular nowadays compared to when she did wow us on our television screens all those years ago, what Jackie has nevertheless created over the last decade or so, is a musical genre and style that is as underappreciated as it is undervalued, to say the least. Jackie’s music is indeed something that is unique- so different and compelling that we as a site decided to write about her music, impact, and influence– highlighting her original songs, her cover tracks, alongside songs she’s covered not in English as well. On the whole, Jackie’s music has touched millions of people around the world, mine inclusive, as well. An artist that is truly blessed, Jackie’s music is impacting culture and people around the world, with her own music, cover songs, and songs not in English, all the while breaking down stereotypes about what people believe to be operatic pop and what they reckon and assume Jackie’s music sounds like (I’m sure only based upon hearing her America’s Got Talent auditions and performances). Now as we are in 2022 (what we’ve heard and seen of Jackie, can be expounded upon in the blog post about her that we wrote around a year and a bit ago), Jackie’s unveiled something new- after a hiatus between her 2019 album The Debut and now, she’s since unveiled her Joni Mitchell tribute album Carousel of Time– 10 tracks full of Joni’s biggest hits, inclusive of ‘River’ and ‘Both Sides Now’.

Jackie’s been out of the public eye since 2019, and it’s come to public attention and knowledge, that Jackie was herself battling her own personal demons for the last few years. While she’s clearly not ouf the the woods yet, with regards to her eating disorders, she’s now at a place where she’s vulnerable enough to honestly share her own experiences, and hopefully allow her story to impact other people along the way. Carousel of Time is a Joni tribute album, and while I myself am only familiar (fully) with songs like ‘Both Sides Now’ and ‘River’, I’ve since heard Jackie’s interpretation of songs like ‘Circle Game’ and ‘A Case of You’, and I’m reminded, of the timelessness of these songs, how songs from yesteryear can be covered and redone to create a sense of freshness that these songs would only have had, if it was covered and unveiled to a new generation of people, as a reminder that songs from yesteryear still have a place in current society. While it’s still not known when Jackie’s own original material is releasing to the public (as said in her most recent interview with Yahoo- she doesn’t know when she’s unveiling her original songs, but still under the impression that it’s coming out soon), Carousel of Time can hopefully tie us over until then.

While the album unfortunately doesn’t have ‘Big Yellow Taxi’ (a song that I reckon, is Joni’s biggest radio hit), these 10 tracks still convey Joni’s own impact and influence on music, full stop. While Jackie’s been out for some time, it’s great that she’s able to return, and to return with a Joni tribute album, is one of the best ways to make a splash back into the music industry. Yes, Jackie started to have fame when she wasn’t even a teenager, and now at age 22, has been battling eating disorders for a while now. But Carousel of Time is Jackie’s own glimpse of hope after a dark season, a reminder that songs like Joni’s ‘Both Sides Now’ or ‘River’, could heal someone all the more than they may even realise. Yes, Jackie has a long way to go for complete and full healing from this eating disorder. But she’s nevertheless well on her way. An artist that is well beyond her years, musically and sonically, this is a must-purchase, especially if you’ve been a fan of Jackie’s material in the past and are eager to see what she’s doing now in the meantime, between originally written projects. Well done Jackie for this emotional, compelling, and heartfelt album. Maybe, just maybe, people can see that Joni’s music (and Jackie’s originals and covers) still has meaning and purpose even now, compared to whence, when and where these songs were written and originally recorded all those years ago. Looking forward to the next original album, whenever that arises. Here’s hoping this album continues to impact and influence, until then.

3 songs to listen to: Circle Game, Both Sides Now, A Case of You