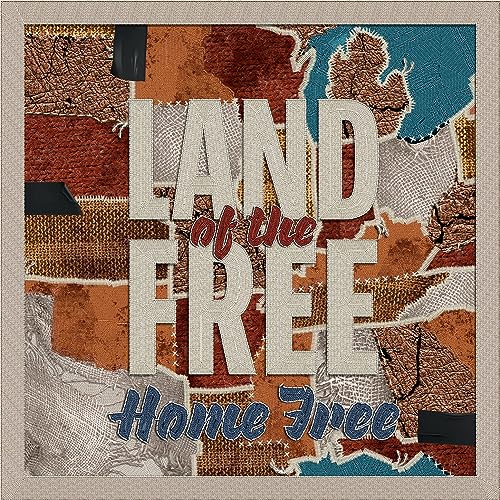 So, it’s the day after Christmas, 2021. Presents have been unwrapped, people are conversing with their friends and the outside world, and we’re starting to emerge out from our bubbles, out of our self-imposed Christmas exile. We start to re-watch the news and find that the world is still in bad shape. Never mind COVID-19; we’re all still unkind to our neighbours and we’re all so mean to each other. The littlest things divide us, and everywhere you look, families are being torn apart; quite frankly because of the polarising topics of religion, politics, vaccine mandates, abortion, gender, the pandemic in a general sense, cancel culture and much, much more, that we actually ‘aren’t allowed’ to talk about at the dinner table, but do anyway. Our big mouths have in effect caused the downfall of many healthy strong friendships and relationships; and if we all were slower to speak and quicker to listen, then I’d say that the world would be in a much better place. And though it may take a while for all of us to be on the same page again, and for all of us to have a healthy dialogue and discourse; I firmly believe that music is going to play a part in us having unity and friendship and harmony again. Not that we didn’t have that before; but I reckon that because music is the universal language, it can break down barriers, and help us forge and strengthen common bonds. One album that I have found recently that can promote unity and peace amongst us, is Home Free’s Land Of The Free.

On the heels of arguably our greatest release of all-time in ‘God Bless the USA’ with Lee Greenwood, it’s [Land Of The Free] something that just made sense to us in an almost post-pandemic, world. Over here, things are starting to open up. It’s tentative and we’re all just trying to move forward with baby steps. The whole wide world really took so much for granted, I think, not that we knew that’s how we were operating of course, you never do. Things have have changed so much in the last year and a half. We wanted to do something that would really bring people around us together. We don’t know when we’re going to be able to tour internationally again right now. We’re hoping that we can actually finish the tour that we now have scheduled through the end of the year over here in the States. We wanted to do music that would inspire the people closest to us and sow a seed of hope that things will continue to get better and that we can come together as a country and as a family in the Home Frie community, hoping that we can make this world a better place.

It’s been a strange rebirth of Home Free in 2021, having gone a year and a half almost without performing at all. It was something that was hardwired into us up until that point. We toured for 250 days a year, maybe more than that, for many years. We were always on the road and together. There were many years where I didn’t have rent or a house anywhere, because we toured so much that I didn’t feel like I should. It felt like a waste of money so I thought, ‘oh, I’ll just save money and stay with friends and family for the week that I’m off every six or seven weeks’. It’s been a strange adjustment being home for the first time in my life, for more than a week or two. Very literally for the first time in my entire adult life, this is the first time I’ve been home for more than a week or two. It’s been strange readjusting to that. It’s really just been the Home Free way and we didn’t know any other way. We just made music and toured as often as we possibly could. If you don’t keep yourself relevant in this world, in this TikTok ADD culture, people will forget about you in an instant. We just wanted to take advantage of the wave of momentum and the attention and the support from our fan base that we have. We’re really going to try and jump right back on that same train so get ready for the next six months.

I doubt anyone would know who Home Free is. For the uneducated, they’re an acapella group that is… mildly successful. You can read about them on their website and Wikipedia page, but think about them as a slightly less successful version of Pentatonix. If Pentatonix was the cool, impressive and popular older brother, and up and coming Youtuber Peter Hollens (another acapella artist) is like the independent middle child who is slightly misunderstood but loved anyway; then Home Free (comprising of Austin Brown, Rob Lundquist, Adam Rupp, Tim Foust, and Adam Chance) could be compared to the maybe underappreciated little brother- in terms of acapella music. The one that nobody even looks at, the one that gets ‘forgotten’ about. I think I myself would have never listened to Home Free had it not been for I think Peter Hollens promoting their work on one video way back in the day. And so, when the group revealed their latest album Land Of The Free in the middle of this year, I was intrigued. Sure, it was an album full of American patriotic songs, and an album full of references that I, living in Australia, would most likely not understand nor appreciate. However, there’s still something about Land Of The Free that brings a smile to my face, and if I can be inspired and encouraged by this unlikely solid album, then I’m sure you all will be too.

Opening the track list is the Tyler Hubbard/Tim McGraw duet “Undivided”, with the guys putting their Home Free twist on an already unifying melody. I reviewed the single with Tim and Tyler here, and the sentiment carries over to this version as well. And as I’ve mentioned in the aforementioned review, I myself do not consider myself an avid fan of Tim McGraw (and I am certainly not a fan of Florida Georgia Line!), yet “Undivided” I still an emotional and honest song. With Home Free making the version their own, they remind us to love our fellow man and be kind to our neighbours, to care for the widows and the orphans and to love the least of these. This song, albeit a ‘secularised’ version of the gospel that Jesus commanded us to carry out and undertake; is needed in today’s society… so even if you’re not a fan of country music, or even acapella music, I’d say take the plunge and be inspired and moved, if not by this cover version, then by the original version. Isn’t it time we all stop fighting, loved one another, and become undivided in that very sense of the word? “Only In America”, by Brookes & Dunn, is next, and speaks about the many different types of people in America, and the fact that everyone gets the same opportunity in America. A song that was originally released in 2001, Home Free professionally and expertly relay to us the reality that America still has all of these different and beautiful opportunities, if only people stop and fully grasp the enormity that God is good, and still good all the time. And though I myself don’t fully agree with American having the ‘equal opportunity’ thing for everyone, the concept of having a country or a safe place where you can go to, to feel loved and wanted and appreciated, is crucial to our own survival and our thriving as a human race.

Both “God Bless the USA” and “America (My Country Tis Of Thee)” are patriotic songs to the core, and don’t really tug at my emotions- maybe because I am Australian; however the sentiment of belonging to something and having a home, is a sentiment that I can get behind. Maybe this is why these songs aren’t that jarring, because I know the heart behind them is true and authentic. “Brothers In Arms”, a war song that somewhat connects to me as I am imagining Australian solidiers singing this song and owning it for themselves, is something that could’ve been the soundtrack song for Saving Private Ryan, and has been used in TV and media extensively; while the controversial “Travelin’ Solider” by The Chicks is also present here, albeit using gender swapped pronouns for relevancy.

The title track, an original pop/country melody, speaks about feeling patriotic and grateful for living in the country of America, and that ‘…I will sing and let it ring, let the whole world know, I’m not giving up this dream for anything, ’cause I love my country, and that’s one thing they’ll never take from me in the land of the free…’; while the iconic and legendary classic 1970’s rock melody “American Pie” is reimagined in its entire 8 minutes, whilst also featuring Don McLean on guest vocals as well, in what is truly the crowning achievement of this album. “People”, an original powerful acoustic melody featuring Jeffrey East on guitar (one of the few Home Free songs with instruments!), is a heart-warming melody about how we as humans are all people trying to make it through life, and that we all have commonalities more than differences with each other; while Land Of The Free ends with the rock melody “Born In The USA”, a stirring and explosive Bruce Springsteen cover.

It [the fans] gives me cause to take a moment and really be grateful whenever I hear things like we sell more hard tickets than a lot of people on the radio, or that we have a more rabid digital fanbase than a lot of those people that are in the audience at the Grammys. It blows my mind and it reminds me to not compare what we do to anybody else, because we are successful and living the dream in a way that allows us to just be musicians for a living. I think, knock on wood, it seems like as long as we continue to do what we’re doing, we can do this into the twilight of our of our days, which is all that I ever wanted as a kid.

Land Of The Free is an interesting album. There’s lots of patriotic songs about America, but I myself as someone who lives in Australia, have listened to this album and a number of songs have resonated with me. Maybe it’s because I love acapella music. Maybe it’s because there are some covers which are skilfully and powerfully recorded. But there’s something about Home Free that tugs at my heart and at my emotions, no matter what they are singing about. And so, should you listen to this project, even if you’re not American or even if you aren’t pro-America? I don’t know, this album might be polarizing for some. But I’d say, give it a go. I reckon you might find something special here. If not today, then possibly over the next few days, weeks and months.