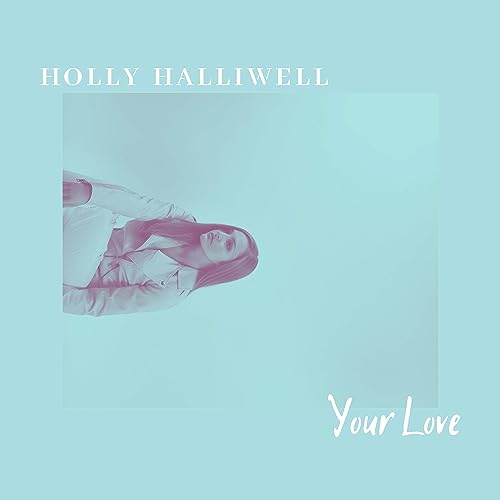 These days when everyone is stuck at home because of COVID-19, one of the many things we are doing is listening to music. Listening to old music and new music, and music that just resonates with us. So when you’re an artist trying to make it in the music industry at this point in time- at this uncertain time when everything is in flux and touring has stopped for the foreseeable future, and when albums are delayed… what then? Well if you’re Holly Halliwell, then you release a 3 minute pop tune serving as your debut single. And you make sure you produce the song with one of the biggest songwriters on the planet- Seth Mosley.

When I first heard the radio single “Your Love”, I was a tad skeptical. The song was too generic, ti was musically safe, and the lyrics were repetitive. The concept of Jesus’ love being enough to fix our brokenness and to lift us up out of our struggles and turmoil- has been recorded time and time again- specifically Brandon Heath’s song “Your Love” and We Are Messengers’ “Love” come to mind. Yet more and more listens to Holly’s thought-provoking and effortless melody gives me a deeper understanding and appreciation for simple songs like these.

I’m not really a harsh marker. Not my any means. When I hear CCM, I’m drawn in immediately. And I rate songs and albums pretty high generally. In the case of “Your Love” though- it’s a simple track that almost persuaded me to rate the song as mediocre and low-ish. But as it’s Holly’s first single, and hopefully where the ‘lowest’ point is, I’m not going to rate this song as low as I might’ve had a reviewed the song last week. Simply because it’s growing on me- and I know that usually debut artists become better with time. I’m not that amazed by this song, but it does have potential, and I’m still toe tapping and bobbing my head- well done Holly. Though right now we do not know about Holly and her testimony and what her sound would be like- as there’s literally no information on the internet about her other than “Your Love”… in the coming months I guarantee that Holly’s name will be on everyone’s lips. Mark my words guys, you heard it here first that Holly Halliwell will be a star in the making!