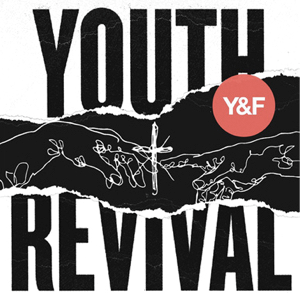 There’s no need for me to introduce (or re-introduce) Hillsong to you all, right? The well-known, popular and sometimes heavily criticised Australian mega church is one of the most respected, prolific and inventive worship movements of all time. They’re the biggest church in Australia; their music touching the lives of many locally and globally. Since its inception, this ever revolving young worship team, with massive hearts for Jesus, have carried on the church’s mission and vision to lift the name of Jesus above all others. Time and time again the worship movement soars to the top of the Christian charts, and their songs are probably the most sung in churches around the world

Hillsong Music, in my honest opinion, frankly need no introduction at all as they have been releasing annual live albums since the 90s, with two more incarnations UNITED and Young & Free each coming into their own during the past few years, with albums released under those monikers also. And with the latest Hillsong album Youth Revival by Young & Free dropping to stores a few months ago, it’s evident that these passionate young group of worship leaders are not afraid to expand and reinvent the worship genre by infusing dance, pop, electronica and worship together, and are also unafraid and unashamed to speak the word of Jesus in the world. In fact, Youth Revival as well as UNITED’s Empires last year, are both so successful that mainstream charts in the U.S. were recognising some of these hit songs! So what makes Young & Free’s latest endeavour, their second live album after 2013’s We Are Young & Free, so special? Well firstly, the lead single “Where You Are” is so, so catchy, and not to mention the smash hit “This Is Living” is featured on the album also!

But coming back to the explosive, inspiring anthem that will surely be present on WOW Hits 2017, lead vocalist Aodhan King ardently and fervently communicates in “Where You Are” that all he wants to be is just where Jesus is. Reminding us that ‘…I never knew a love like this before, the kind of life that I cannot find on my own, I’ve seen the world but I have never been so sure, that I want Your heart, God, I just want to be where You are…’, Aodhan honestly expresses his love for God amongst captivating guitars and keys, and sets the album off on the right note with an opener worthy of multiple listens. With the album closer being a re-recorded studio version of “Where You Are” exclusively for radio; Hillsong Young & Free’s contagious joy and infectious enthusiasm are sure to brighten our day, as we power on and worship God in the rest of the album!

Throughout the rest of the album, various vocalists lead many different songs, with Aodhan being the most, with 4 other songs besides both versions of “Where You Are” (a total of 6 songs out of 13!). “Only Wanna Sing” is a mid-tempo keys prominent radio friendly ballad (which turns into an all-out electronic dance melody), where Aodhan reiterates that he the only reason he sings is to lift Jesus’ name high, and also highlighting that ‘…I can’t imagine why, I would do this all for hype, cause it’s all to lift You high…’; while the quiet, prominent, contemplative and reflective “To My Knees”, is probably best suited for personal worship rather than corporate worship, with Aodhan beautifully expressing that Jesus is our King, and all of our heart’s desires, as it’s His love that brings us to our knees in reverence, in praise and in thanks.

Aodhan also delivers us a heartfelt and stirring duet melody with Karina Wykes in “Passion”, the album closer. Sung in free verse (no verses or choruses!), we are presented with a vivid and in depth description through metaphors and imagery describing how Jesus died and rose again, also highlighting the fact that it is because of Jesus’ ultimate sacrifice that we can proclaim that ‘…I found You…I love You…’, as Aodhan and Karina passionately sing together in perfect harmony.

The final melody led by Aodhan is the high energy, vibrant and celebratory bouncy pop number “This Is Living”. As the band remind us that in order to live to the fullest, we ought to embrace here and now and live as though we are active participants, not spectators; we are reminded that it is Jesus that takes us through all of our trials, and is teaching us through the valleys lessons to grow our character. As we are gently reminded to ‘…see the sun now bursting through the clouds, black and white turn to colour all around, all is new, in the Saviour I am found, this is living now…’, I am slightly disappointed that Lecrae was not included in the live version (maybe because of scheduling issues or time constraints!) but nevertheless this version of what is already a fan favourite, is a nice addition here, and is my favourite Hillsong melody since “Oceans”!

Even though Aodhan King sings the most on Youth Revival, that’s not to say that the rest of the vocalists singing the remainder of the melodies are less engaging; in fact, the rest of the album is probably even more powerful and inspiring. “Real Love”, led by Alexander Pappas, is a mid-tempo synth and electronics led dance anthem, as we are met with a heartfelt melody about the real love with find in Jesus, evident in His presence and promises spoken throughout the Bible, as Alexander reiterates that ‘…You’re pulling me closer and closer, holding my heart till the very end, Jesus, I’m found in your freedom, this is real love, this is real love…’. While “When The Fight Calls”, also led by Alexander, is probably the most CCM track on the album, as the potential radio single points to the notion of resting in the arms of Jesus, and resting in the knowledge that He is fighting our battles, whenever we need Him. As Alexander cries out that ‘…I know You are greater, forever You are Savior, I will sing Your praise, with all that I have, with all that I am Lord…’, we are encouraged to declare this promise along with him with conviction someday; well done Alexander for these motivational and deeply moving melodies!

Melodie Wagner, who is probably most well known outside of Hillsong Young & Free for singing with Family Force 5 on “Walk On Water” in 2014, is also present here with 2 stirring melodies. “Falling Into You” is a 3 minute electric guitar led pop melody essentially about falling in love with Jesus, where Melodie eloquently cries out that ‘…I’m falling into You, cause no one’s gonna love me like You do, alright, I’ve got nothing to lose, so I can’t stop, won’t stop, falling into You…’; while “Trust”, the piano focussed duet with Tyler Douglass, complete with a full band crescendo bridge near the end of the song, reiterates that we can and should (and hopefully will!) trust Jesus at all times, no matter our circumstances or our emotions. “Face To Face”, led by Laura Toggs (who vocally sounds similar to Darlene Zschech!), like the album closer “Passion”, is once again a free verse song, as Laura ardently and passionately points out to us that we need Jesus more than anything, declaring that ‘…Lord here I am, I’m reaching out, I will lay me down and surrender, I’ll sing Your name, I’ll sing it loud, You are all I want, now forever…’.

“In Your Eyes”, brilliantly led by Renee Sieff, is driven beautifully by electronics and synth, as this mid-tempo ballad is thematically inspired by a meaty topic, as Renee ardently expresses that she is lost in Jesus’ eyes. Even though the world may try to distract her through ‘…skylines and crowded streets, calling my attention, the limelight and empty dreams, grieving my affections…’, Renee holds firm and stand onto the promise that ‘…there is a perfect Voice, waiting above the noise, Jesus my only choice, when all the lights are screaming…’, while “Never Alone” exquisitely led by Tracy Pratt, epitomises the heart of the band of the album, as we are reminded that Jesus is always with us and that we are never alone. A song certain to be introduced in churches ever in the coming months; “Never Alone” is one of my favourite melodies from Youth Revival, and is a reminder why Hillsong and all its incarnations will continue to be relevant in today’s society as long as Jesus wants them to be.

With Youth Revival firmly placing the band at the forefront of the US mainstream and Christian markets; Hillsong Young & Free’s latest album is a joy to listen to, as we are blessed with the immense heart for Jesus of all the vocalists and personnel involved. Even though I do enjoy the Hillsong United albums better than any other counterpart (inclusive of Young & Free), a few more listens to this collection of songs may reverse my stance. Nevertheless, the megachurch is are a force to be reckoned with, both in CCM and worship. They make the 3-4-albums-a-year aspect work, and if they stick with what they know, then it will definitely work for them in the future! Overall these 12 inspiring and encouraging melodies show us the church in its brutal honesty and surrender to Jesus. These tracks are as good as Hillsong Young & Free have ever been, and I’ll be eagerly awaiting the next full length album sometime in the future as well! Well done to this humble and young Aussie band whose ministry is guaranteed to touch many lives!

4 songs to listen to: To My Knees, Never Alone, When the Fight Calls, This Is Living