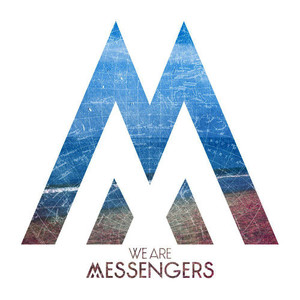 “…We can’t fix people, but what we can do is hold people’s hands and stay with them in their pain and doubt. What did Christ do? Christ came and spent time with the sick, the poor and the least in society. Christ came to serve and showed us how to serve, and we want to do that. We want to tell people about the goodness of God. Music allows us to have that conversation. We want to love people the way He loves us. We want to wash people’s feet…” Born out of Monaghan in Ireland and formed in 2015 by husband and wife duo Darren and Heidi Mulligan, the worship band We Are Messengers, previously known as the rock band The Remission Flow, have instantly made a splash at radio, as well at live shows, as Darren and his friends Dylan, Steven and Matthew strive to point listeners and fans to Jesus, the author of life and our Everything. With the band signed to Word Label Group, the self titled debut 14 track album dropped to digital and physical retailers last month; so let’s see how the Irish band stacks up against other smash hit albums this year (such as albums from Phil Wickham, Newsboys, Citizen Way, Steven Curtis Chapman, Meredith Andrews, 1GN and more!).

Opening the hour long musically creative, moving and honest experience, is the toe tapping, hand clapping 3 minute first radio single “Everything Comes Alive”. An autobiographical description of how Darren came to Christ, we are glimpsed into a thoroughly enjoyable heartfelt track, as Darren highlights that ‘…when my days are done, I’ve got a Hope that I’m sure of, I’ll be with You in heavenly places, I’ll be with You in heavenly places, my heart is beating to the rhythm of Your love, my feet are running ever faster to Your grace…’. With Jesus, there it certainty, security, and the feeling of being alive and made new, and Darren definitely creates the feeling of us being safe and loved in this moving piece of joyous celebration of our freedom in Him. From CCM and pop to more vertical worship and spoken word, the second single “I’m On Fire” is another high octane, explosive melody, that shows the band at their brilliant best. As Darren majestically recounts that every day, he’s on fire for Jesus, and this fire is something no one can put out or douse; we are reminded through captivating synth and fervent electric guitar strums that revival is happening all around us if we know where to look, with this particular anthem of our own faith should look like, being the evidence that spiritual change is coming very soon… Well done Darren for these motivational singles that alone should persuade you to check out the remainder 12 tracks.

From the first two singles on the album, it’s clear that Darren has poured his heart and soul into this project, and it is evident also in the fact that each of these songs tell a story, of redemption, admission of fault, and also of realisation that Jesus is all we need. As Darren shows us his brokenness and need of God at all times, we realise that as Christians, what we should do is to tell the whole world about Him, about the One who saved us. And as a whole We Are Messengers’ debut album breaks down quite a lot of relevant issues for us, so that we can talk to our friends about our faith. Driven by synth and a driving bass, the 80’s inspired electronic ballad “Point To You” features Darren fervently crying out that ‘…I need a miracle, some healing for my heart, I need a revelation, a brand new start…’, reiterating that we can unashamedly proclaim that it is Jesus we owe our whole life to; and the piano prominent mid-tempo ballad “The River” recounts how the river (aka Jesus) is the only thing on earth who can save us. The repetitive chorus highlighting that we ‘belong’ to the river, reminds us of the infinite power of Jesus, and should us reassurance that we are safe in the arms of the One who loves us more than time and space.

On the rap/pop/r&b banjo or ukulele led catchy and bouncy “Magnify”, Darren emphatically recounts that he will never magnify or worship any other name except for Jesus, with the chorus outlining that Jesus deserve to be magnified above any other in this universe; while in the acoustic guitar driven happy-go-lucky cheerful melody “I Look Up” has a more contemplative message, recounting that Jesus is bigger than all we could ever hope to imagine, that ‘…love is a man hanging on a tree, with His heart pouring out for me, love is a King watching over me, and when I look up, He’s all I see…’. It’s in these songs that we are gently reminded that pure unbridled worship to our Maker and Saviour isn’t defined by who is leading the worship (as We Are Messengers is a new band, compared to more established artists like Chris Tomlin, Crowder, Matt Redman etc), nor the style. This fact is also backed up by the pop melody “Give It All”, where Darren employs rap, pop and CCM at the same time, to create a hybrid worship songs of sorts as he honestly reveals that he will give it all to God, his 100%, so that God can use him for His glory- something we should all strive for as well.

The back end of the already musically and lyrically strong album opens with the piano prominent 90’s influenced pop melody “Shadows”, with Darren authoritatively crying out with raw and honest emotion that he doesn’t want to be satisfied by the things of this world, and instead by captivated by Christ and His glory, that ‘…I don’t want to chase the shadows, I want the real thing, not just the feeling, I won’t settle for less than You…’; while Darren carries out a near flawless needtobreathe and Rend Collective impression in “I Want You”, reiterating that all he wants is Jesus, across powerful synth and pulsating drum beats and a folk musical undertone. Again proving that he cannot be placed in a musical box, Darren then adds more genres to his repertoire as he sings almost entirely in motifs and imagery in “Dancing In The Dark”, which took a while for me to understand; as Darren ardently relays that we can dance in the dark- praise God in the hard times because of His promises and His love for us which is endless. With more songs to come, by this point I’m completely sold on Darren’s love for Jesus, and coupled with his earnest and honest melodies- I couldn’t think of any other new artist I’d recommend more than We Are Messengers.

Sounding eerily like Bear Rinehart from needtobreathe in “Wildfire”, Darren joyously and raucously cries out that Jesus is like a wildfire and ‘…You are the One who lights up my dark with Your furious love…’, that it is He and only He who can light up out life, and turn it into something exciting and beautiful from the boring and mundane; while Darren also delivers a brilliant performance of what could be described as maybe a soundtrack for a suspenseful mysterious TV show in “My Ghost”, commandingly crying out that out old life and the demons inside us are our ‘ghosts’ and Jesus can turn everything into something brand new.

With the penultimate melody “Giants Fall”, a pop/CCM synth and guitar led potential radio single “Giants Fall” being a power ballad anthem where Darren ardently reminding us that he wants to see the personal ‘giants’ in his life fall down with God’s almighty help; the album ends with the reverent piano only honest and emotional recount of Darren’s own shortcomings. In “I Don’t Have The Answers” we are reminded that we all are human, that we aren’t perfect, that we don’t have all the answers, but Jesus does, and all we have to do is call on Him and listen. And as the final song, we are reminded, through this and every other song, that Jesus is the answer for everything we need to and want to know in life.

What a brilliant concept and notion that takes time to dwell upon. Well done Darren for a thorough and entirely enjoyable self-titled debut album, that is sure to increase your popularity, and win souls for Christ. As I finish listening to this exquisite and unique listening experience, there is only one thing left to do, and that’s to press repeat. Truly, Darren, his wife, and his band of spiritual brothers have created something special. Though it’s not as enjoyable as Rend Collective (the other Irish band I am loving at the moment!) it’s still worth a listen, as I stomp my feet, dance, and praise Jesus, to the many, many genres encompassed on this album. Hats off to producers Josh Bronleewe, Ed Cash and Seth Mosley! I can’t wait to hear the album #2 from We Are Messengers, whenever that arises!

4 songs to listen to: Point To You, Shadows, Wildfire, Giants Fall