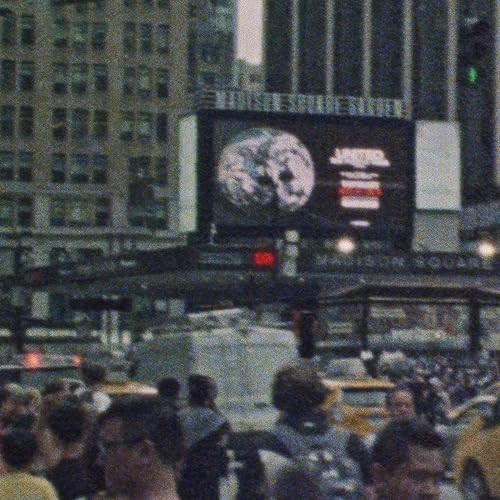 Hillsong need no introduction. Anyone who knows anything about music, whether they enjoy Hilsong or not, recognise the global movement. Whether they agree with their music, doctrine and theology or not, that’s another story. But what I will say is this- their influence stretches far and wide, and that is why I wrote a blog about them last year. And so here we are in 2021, and Hillsong UNITED, a branch and arm of Hillsong Ministries, releases their double disc live album (and accompinament film streaming on Amazon Prime) titled The People Tour: Live From Madison Square Garden, a whopping 23 tracks spread across 2 discs, all presented in a live format, and recorded in 2019 on the People Tour. Now how does this release stack up compare to other Hillsong UNITED live projects of the past? Is this album, just another live project in the sea of live projects by UNITED, or is this 23-track album something special?

First lemme just say that I have respect for Hillsong, at least their music arm, in delivering countless praise and worship songs over the years. Regardless of how I may feel about their prosperity doctrine, I firmly believe the Lord is still using them to bring people to Christ. Nevertheless, another live album from this band, can seem a little excessive at this point. Yes, I know that this concert was recorded at the famed Madison Square Gardens, and features many iconic songs from UNITED, and Hillsong Worship over the years. Songs like ‘Wonder’, ‘Relentless’, ‘Touch the Sky’, ‘Behold’, ‘Broken Vessels’, ‘What a Beautiful Name’, ‘The Stand’, ‘From the Inside Out’, ‘With Everything’, ‘O Praise the Name’ and ‘Oceans’ are all here on this montorously long track list, and while I have respect and admiration for the band and all of their songs, let me just say that this release is a must- but only if you’re a diehard Hillsong fan…and that’s it. If you’re a casual listener of Hillsong and their music, then just stream this album on spotify, watch the videos on youtube, and…that’s about it. It’s not an album to go out of the way to purchase, but if you feel like you must, to complete your Hillsong collection, then by all means. Regardless, the songs are good, the live atmosphere is good, but I feel like this album wasn’t a necessary release from Hillsong. All these songs are present in their live and studio-album counterparts from previous albums, so it’s not like you’re missing out on much if you skip this album release. I maybe feel like this album release is more of a marketing ploy rather than trying to release something unique and different. Alas, it is what it is, and as it stands right now, this 23 track album, on face value, is a decent UNITED album, but not one to be totally WOWed over. For me, I’d just stick to whatever the next new album will be, after People. Dunno about you though. Maybe just listen to this album on Spotify once through. If you don’t like Hillsong enough to do that, I guess there’s always Bethel and Jesus Culture, right? Nevertheless, this is a release that is sure to rile people up as they share their opinions of Hillsong as a whole. For me, I’ll listen to the songs, and allow God to speak. For if He can use Balaam’s donkey to speak to Balaam, then surely He can use Hillsong to speak to us all, right?

5 songs to listen to: So Will I, What a Beautiful Name, Touch the Sky, Oceans, The Stand

Score: 3/5 (based on the fact that all these songs are present on albums previously), 4/5 (taking the album at face value)